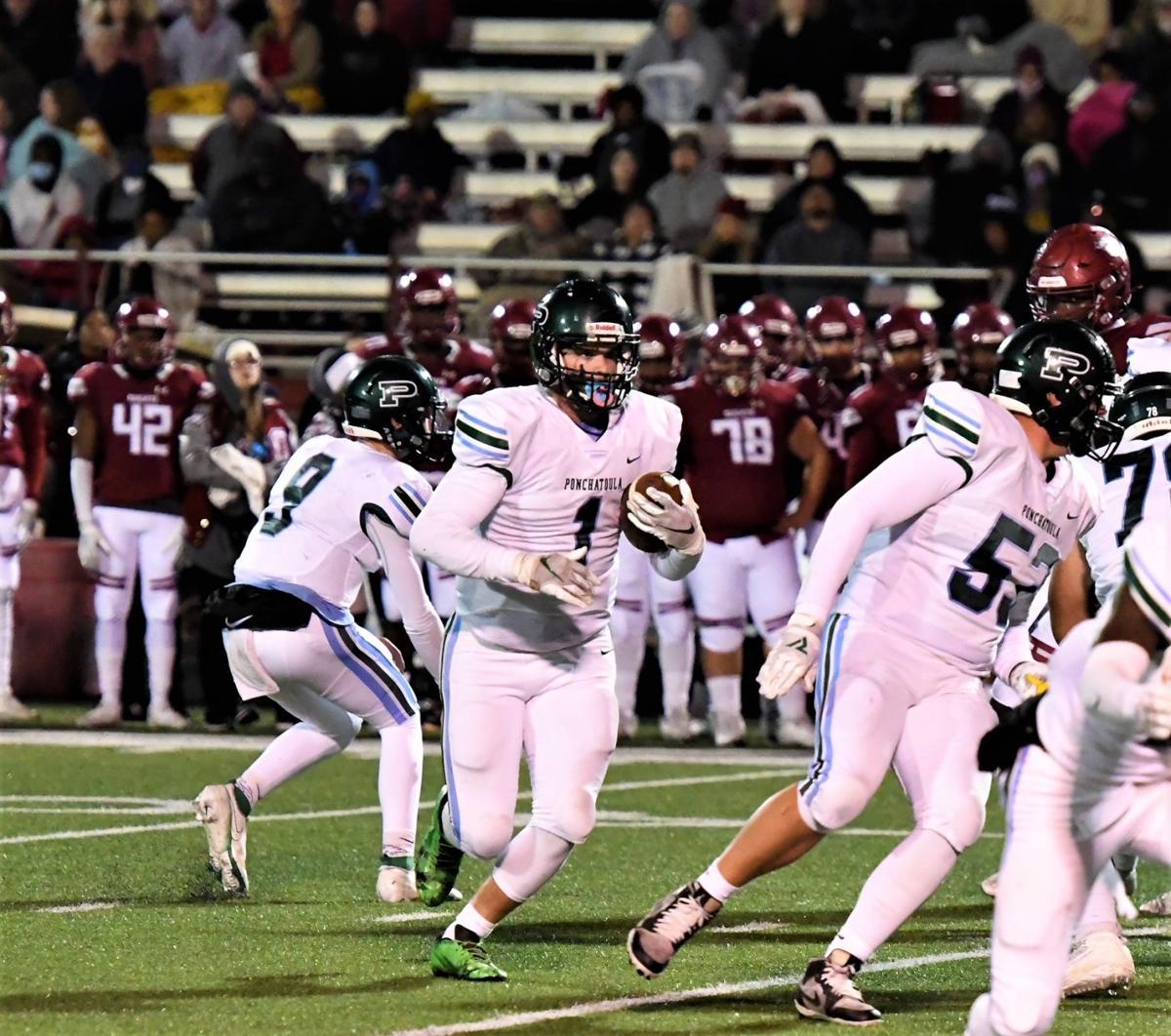 Braydon Johnson takes a hand off, following the block by Cohen Barrilleaux (53) Friday against Ouachita Parish. 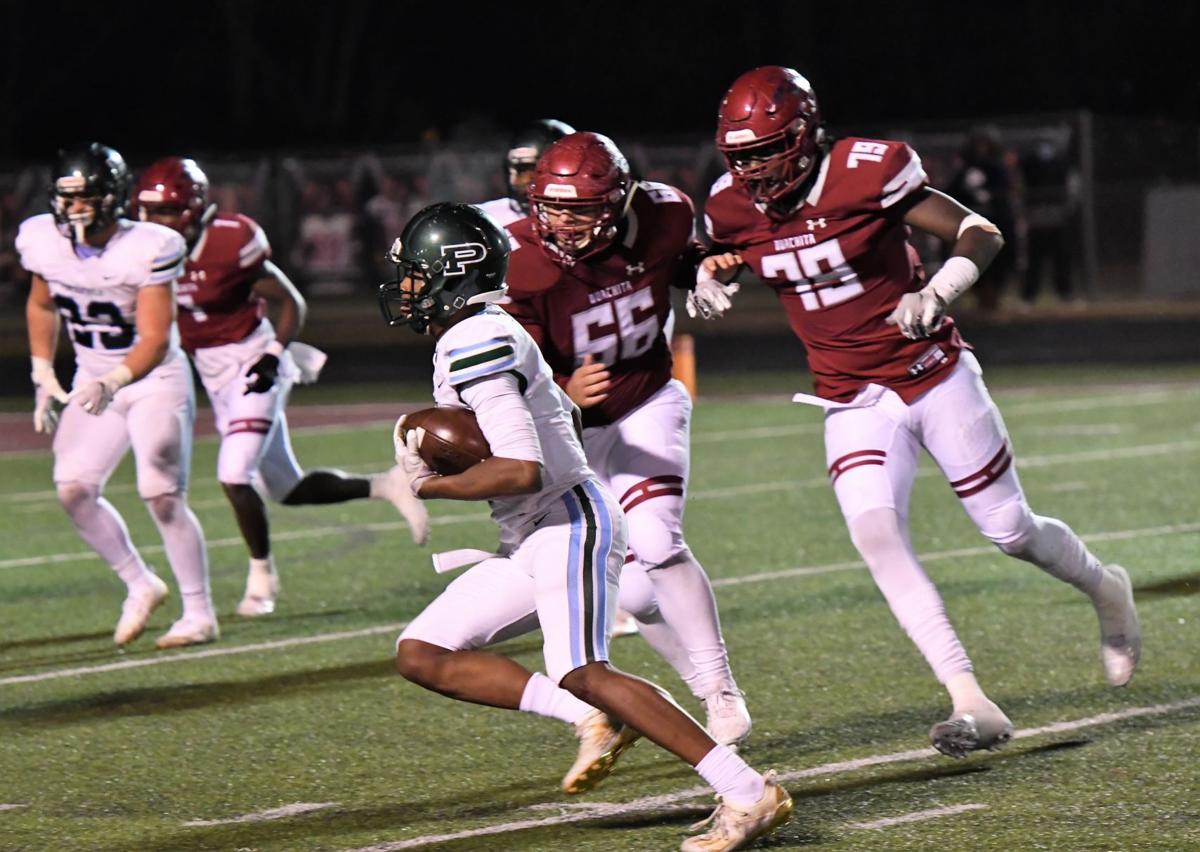 Braydon Johnson takes a hand off, following the block by Cohen Barrilleaux (53) Friday against Ouachita Parish.

MONROE – No. 3 Ponchatoula earned its way to the Class 5A semifinals after beating No. 11 Ouachita Parish on the road, 52-20.

The win pushes head coach Hank Tierney to 299 career wins as the Green Wave moved to 11-0 on the season.

Friday started out slow for both teams as defense was the name of the game for both sides.

Ponchatoula held the Lions to a three-and-out to open the game. The Green Wave offense made its way to Ouachita’s 5-yard line as Braydon Johnson had three carries for 39 yards on the drive.

The offense stalled at the Lion five, but Jake Labourdette put the Green Wave on the board with a 24-yard field goal 8:00 left in the first quarter.

Following a Lion interception, Ouachita Parish started on Ponchatoula’s 21-yard line. On the first play of the drive, Jacoby Mathews came up with an interception in the end zone.

The offense took the momentum and drove right down the field.

Quarterback Nolan Tribble connected with Damontrell Osby for 15 yards, then hit Amorion Walker for 45 yards to the reach the Lion 25-yard line. Johnson ended the drive with a 25-yard touchdown run to put Ponchatoula up 10-0 with 9:10 left in the second quarter.

Ponchatoula’s defense came up with another stop, setting up Johnson for his second touchdown of the game. He had five carries in the series, reaching the Lion 5-yard line where he finished the drive by getting into the end zone with five minutes left in the first half.

Ouachita Parish was able to get on the scoreboard with 1:40 left in the second quarter as quarterback Charlie Smith found the end zone from 14 yards out to cut the Green Wave lead to 17-7.

The Lions attempted an onside kick following the touchdown, but Clyde Gaten recovered the kick and returned it 58 yards for a Ponchatoula touchdown to put the Green Wave up 24-7 with 1:30 left in the first half.

Friday’s semifinal appearance will be Acadiana’s 12th trip in the last 20 years.

Ponchatoula received the second-half kickoff and started on its own 20-yard line.

On the first play of the drive, Johnson took off around the left side out running the entire Lion defense for an 80-yard touchdown run, making the score 31-14 to start the third quarter.

Johnson had 27 carries for a total of 268 yards with five touchdowns.

From there, Ponchatoula was able to continue to run out the clock while holding Ouachita Parish, who only scored one more time against the second-team defense.

Friday’s semifinal appearance will be Acadiana’s 12th trip in the last 20 years.