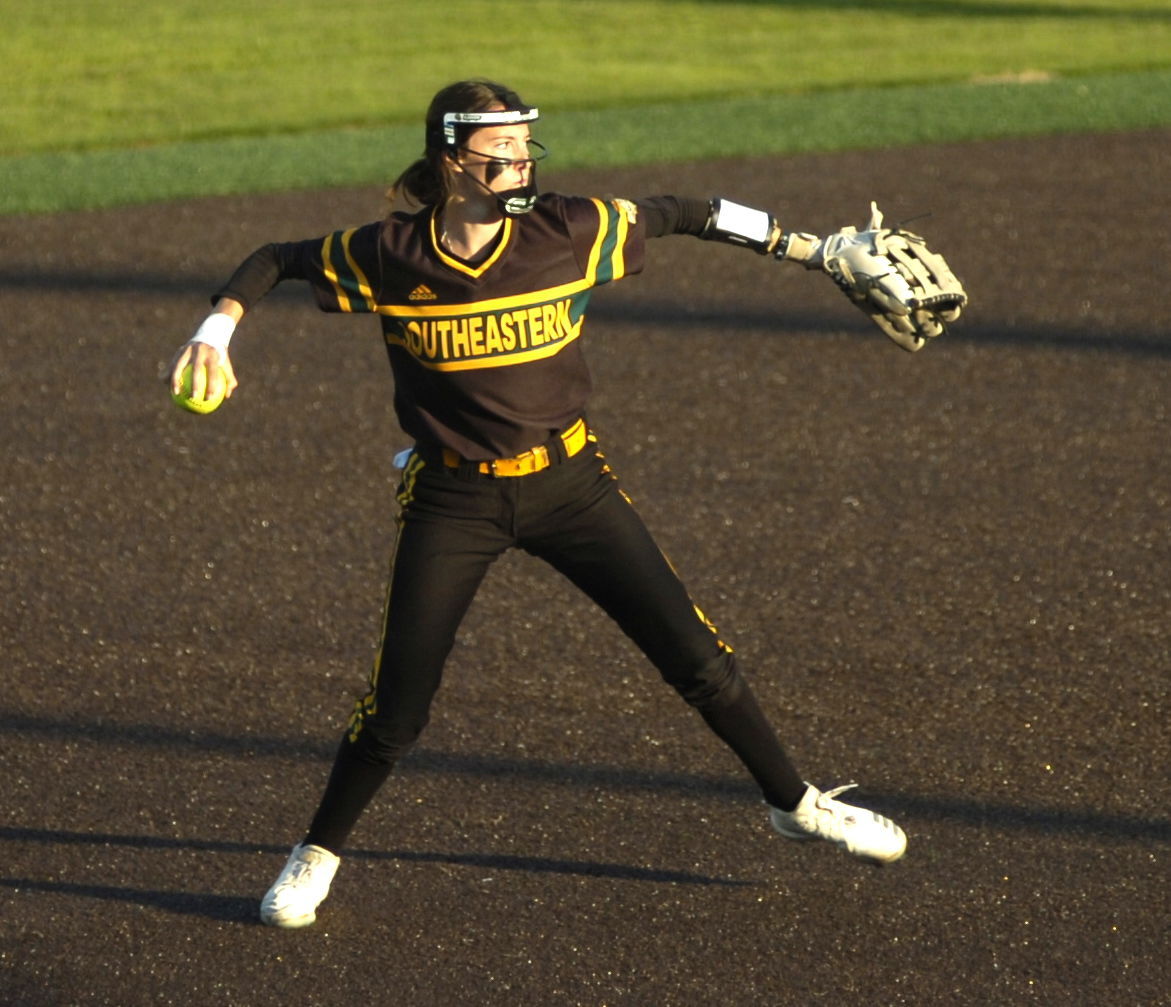 Lindsey Rizzo ends Monday’s game against Mississippi State on a throw from third base to seal the first win over the Bulldogs in the senior class’ four-year career. 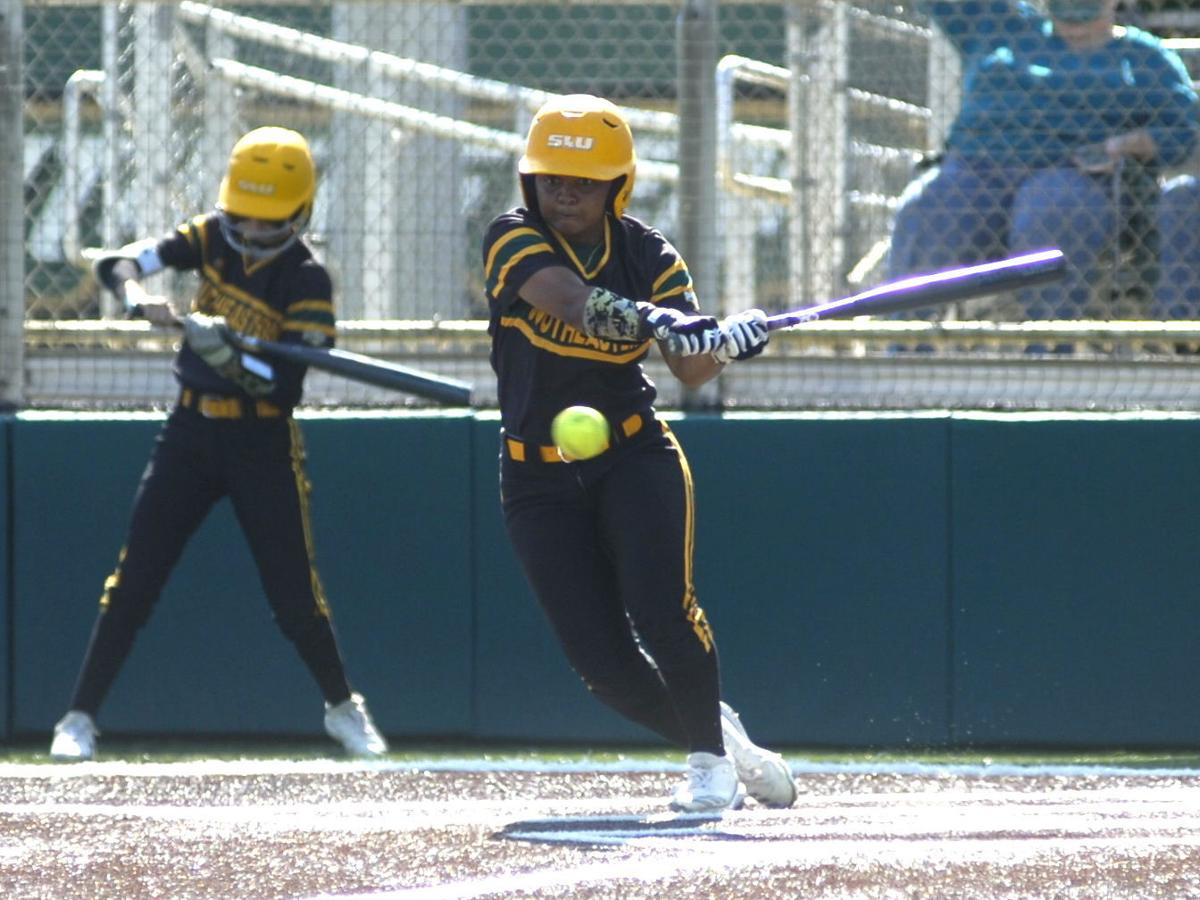 Aeriyl Mass slaps a ball between third and shortstop against Mississippi State Monday. 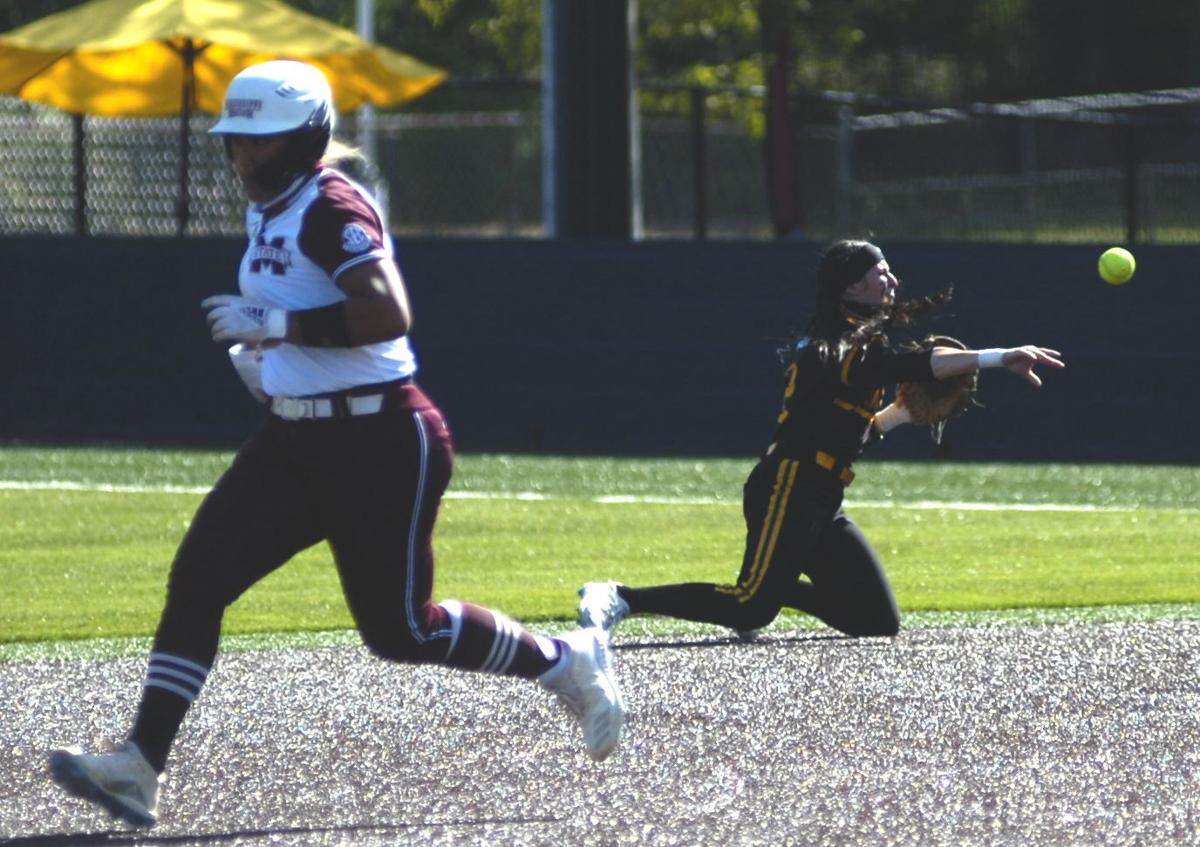 Cameron Beal throws out a runner at first base after making a diving play at second base Monday.

Lindsey Rizzo ends Monday’s game against Mississippi State on a throw from third base to seal the first win over the Bulldogs in the senior class’ four-year career.

Aeriyl Mass slaps a ball between third and shortstop against Mississippi State Monday.

Cameron Beal throws out a runner at first base after making a diving play at second base Monday.

“It’s a good team. They’ve got good tradition. They’re in a regional every year,” Southeastern head coach Rick Fremin said of the win over the SEC opponent. “I just told them, ‘It’s time. You veterans have been letting them off the hook.’ We respect their program. They’ve got two of the best power hitters back-to-back in their lineup, statistically. We knew it was going to be tough.”

Fremin’s words came to fruition as Mississippi State didn’t make things easy on the Lady Lions in the first inning.

The Bulldogs scored two runs as the first two batters made their way across the plate to put them up 2-0 with no outs in the inning.

In the circle, Sophie Hannabas limited the damage to two runs, recording three consecutive outs to end the inning.

Southeastern responded with two runs of its own in the bottom of the first, however.

A slap single, bunt popped over Montana Davidson charging in at third base and sacrifice bunt put runners at second and third with one out.

The Lady Lions scored Aeriyl Mass on a squeeze play from third base to cut the deficit to 2-1 before Lindsey Rizzo tied the game at two on a ball bouncing off third baseman Montana Davidson’s glove on a throw from catcher Mia Davidson.

Mississippi State added another run in the top of the second inning as Shelby Stitzman came in relief of Hannabas. The Bulldogs’ second RBI-double of the day regained a 3-2 lead, but Southeastern didn’t take long to tie the game again.

Madisen Blackford got down 0-2 with the bases loaded and two outs in the bottom of the second before working a walk to tie the game at three.

MC Comeaux took the circle with a 3-3 tie in the third inning, holding the Bulldogs to three runs through the fourth inning as the offense gave her some run support.

Fremin said each pitcher to enter the game had her own plan, executing it to “near perfection.”

Pinch running for Madison Watson in the bottom of the third, Anna Rodenberg scored on a wild pitch to give Southeastern a lead it would never surrender. Cameron Goodman then hit a blooping single into center to extend the lead to 5-3.

“The running game took over a little bit,” Fremin said. “Four stolen bases, I’ll take that. The lineup did well with two strikes, hitting the ball on the ground, moving runners. Some quality at-bats.”

A combination of Comeaux, Heather Zumo and Ellie DuBois in the circle ended the game for the Lady Lions.

Mississippi State made an attempt at a comeback, but Zumo stranded two runners on-base in the top of the fifth inning as Southeastern added one more run in the bottom half of the inning.

The Bulldogs added one more run on a solo home run in the top of the seventh, but it was too little too late for Mississippi State.

“We’ve got a monster series coming up, so we wanted to break it up a little bit and take the pressure off our staff,” Fremin said on using a bevy of pitchers Monday. “Tell them, ‘This is going to be a staff win, and everybody be ready to go.’”

With one month remaining in the season, the Lady Lions seem to be putting the pieces together at the right time with an important Southland Conference series with McNeese this weekend.

“It’s always a dog fight with them, but we welcome the challenge and look forward to it,” Fremin said.