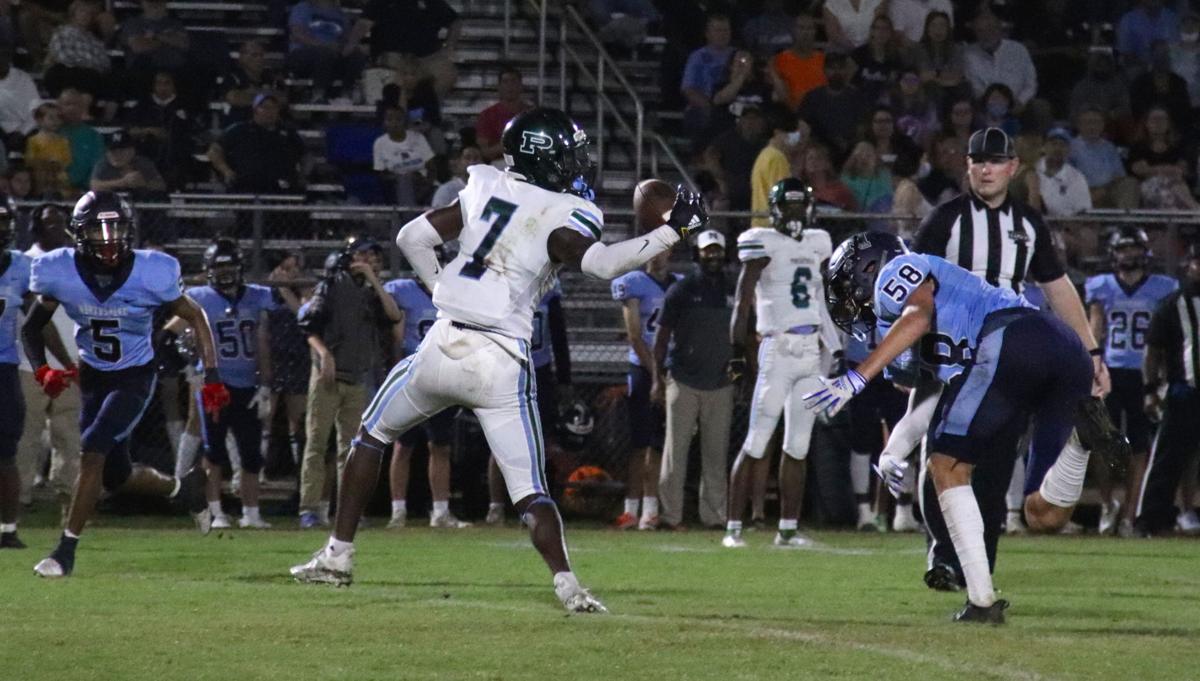 Ponchatoula’s Damontrell Osby makes a catch behind him earlier this season. The No. 3 Green Wave face No. 7 Acadiana on Friday at home at 7 p.m. Acadiana has won the last three playoff matchups. 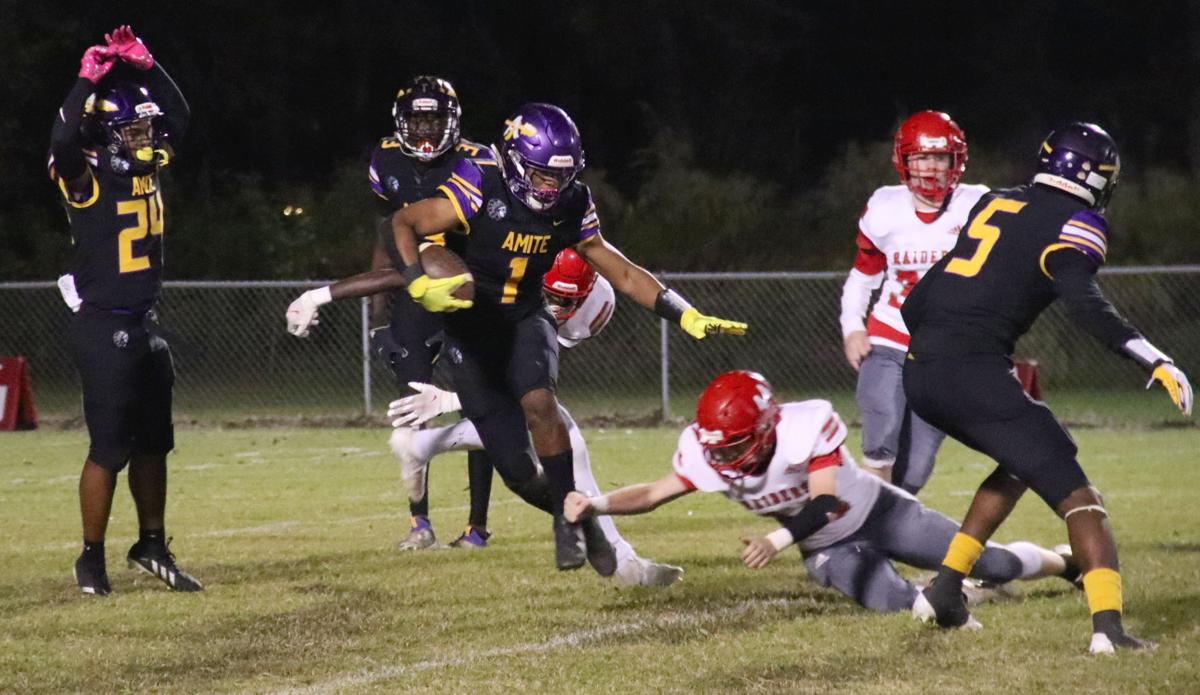 Amite’s Earl Jackson breaks a would-be tackler earlier this season. The No. 6 Warriors host No. 7 Jonesboro-Hodge Friday at 7 p.m.

Ponchatoula’s Damontrell Osby makes a catch behind him earlier this season. The No. 3 Green Wave face No. 7 Acadiana on Friday at home at 7 p.m. Acadiana has won the last three playoff matchups.

Amite’s Earl Jackson breaks a would-be tackler earlier this season. The No. 6 Warriors host No. 7 Jonesboro-Hodge Friday at 7 p.m.

Amite and Ponchatoula remain as two of the few remaining football teams left in the state, and both enter Friday with a chance to reach the Superdome in the State Championship Dec. 10-11.

Franklin held a 15-point lead at the beginning of the second half, but Jonesboro-Hodge was able to grind out a win, scoring a touchdown on the ground with 30 seconds left on the clock.

Jonesboro-Hodge’s quarterback, Tydre Malone, has been its go-to guy this season as the Tigers stick to the passing game as its predominant attack.

Amite’s defensive backs are coming off a phenomenal game, where that had pass breaks up throughout the win over General Trass. The Warriors held General Trass to 6-of-22 passing last week.

The defense is solid as it looks to stop a solid rushing attack from Amite and potentially deadly deep threat when Javae Gilmore is out wide at receiver. The Warriors will use a trio of running backs – Earl Jackson, Zhamere Ard and Brennan Harrell – behind an offensive line that has been solid this season.

Xavier Akins has come up with big tackles all season for the Tigers. He’s been a solid pass rusher on a defense that forced Franklin to go turn the ball over on downs in the red zone twice last week, ultimately giving the Tigers the win.

Ponchatoula has one of the toughest tests in Class 5A as it looks to slow down two-time state defending champion, No. 7 Acadiana, and a team that’s been on a roll for the last 20 years.

In addition for a chance to go to the state title and win its first since 1940, No. 3 Ponchatoula is also playing for head coach Hank Tierney’s 300th career win.

Acadiana’s only losses of the season have come to Louisiana high school powers Class 5A, Div. I No. 1 seed Catholic-BR and Class 2A Div. III Lafayette Christian.

Both Catholic-BR and Lafayette Christian are playing for a state title Saturday in Yulman Stadium.

The Wreckin’ Rams enter with four-star defensive lineman and Alabama commit Walter Bob to highlight the defense, along with four-star corner back Laterence Welch, an LSU commit.

The Ponchatoula offensive line will have to keep quarterback Nolan Tribble upright, while getting a solid push in the run game for District 6-5A’s Offensive MVP Braydon Johnson. The rushing attack has been the most important part of the offensive attack for Ponchatoula this season.

Acadiana’s stout defense has only allowed two teams over 20 points this season. St. Amant scored 23 points two weeks ago, and Comeaux put up 27 points in Week 6 during a 66-27 blowout.

Acadiana’s veer-option offense has boosted the Wreckin’ Rams to 40 points per game. Carencro, Catholic-BR and Lafayette Christian are the only teams to hold Acadiana under 35 points this season.

The Ponchatoula defense has played lights out all year, being labeled the highlight of the season by Tierney after a dominant win over John Ehret two weeks ago.

Anchored by five-star safety and District 6-5A Defensive MVP Jacoby Mathews on the back end, the Green Wave has shown it can force turnovers, shut down the passing game and slow the run.

With corners like McNeese football and baseball commit Elijah Winters and Clyde Gaten playing some of their best ball of the year, Ponchatoula can match up with some of the talent on the outside.

Jaquan Livers, Brant Monistere and the defensive front seven will have its hands full stopping the veer-option attack Acadiana will bring in Friday.