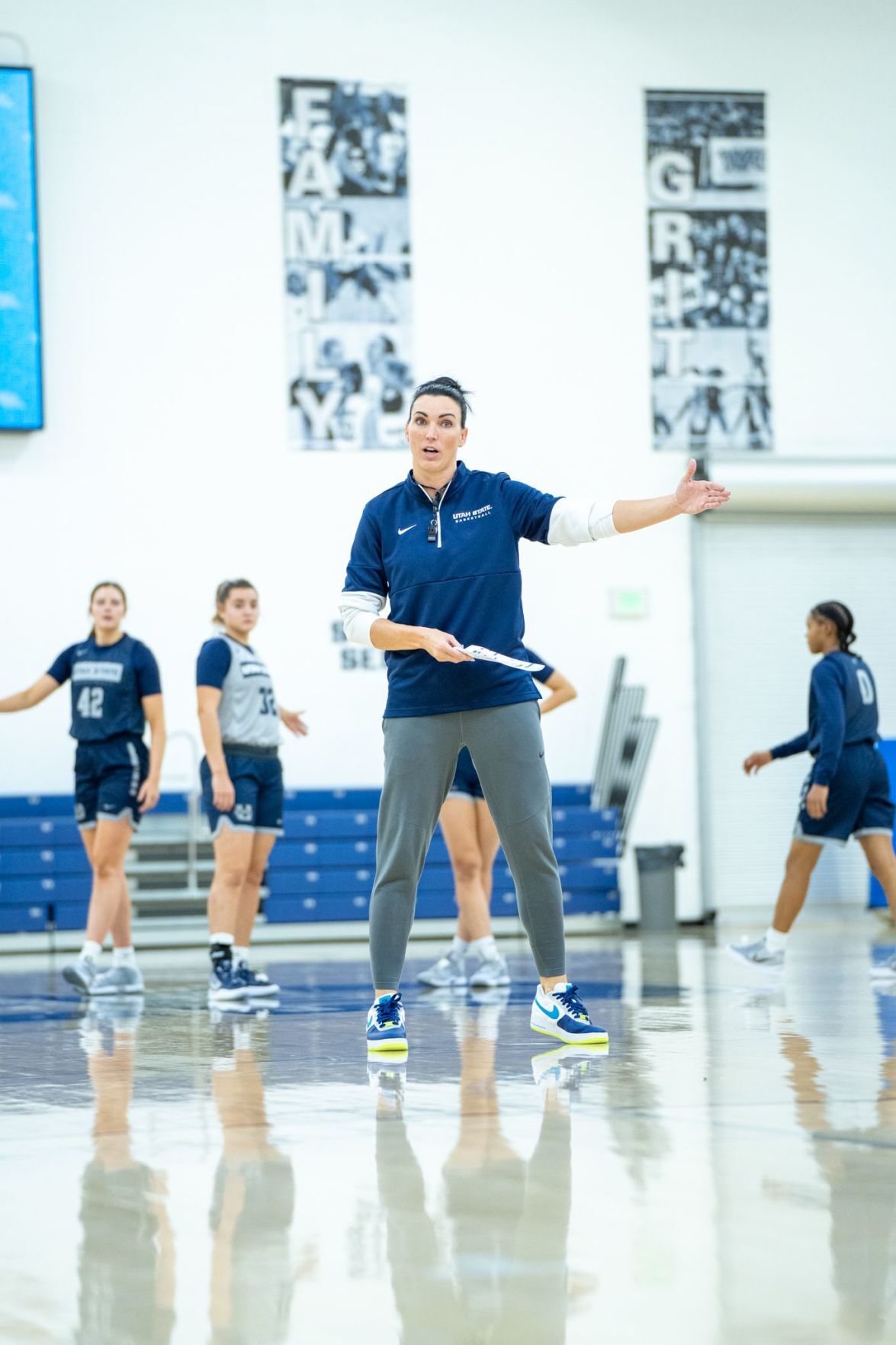 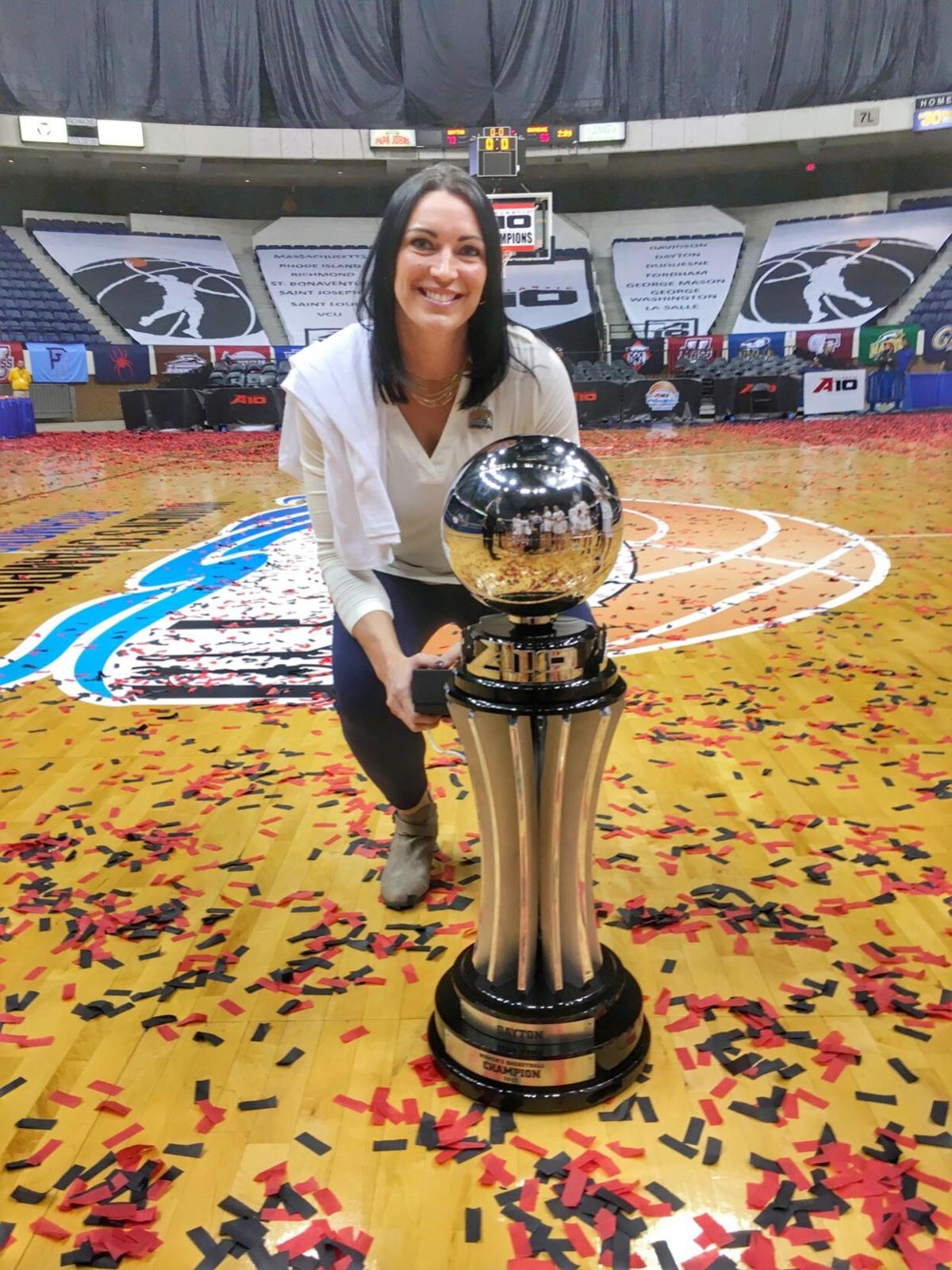 Kayla Ard with the A-10 Championship trophy she won while coaching at Dayton. 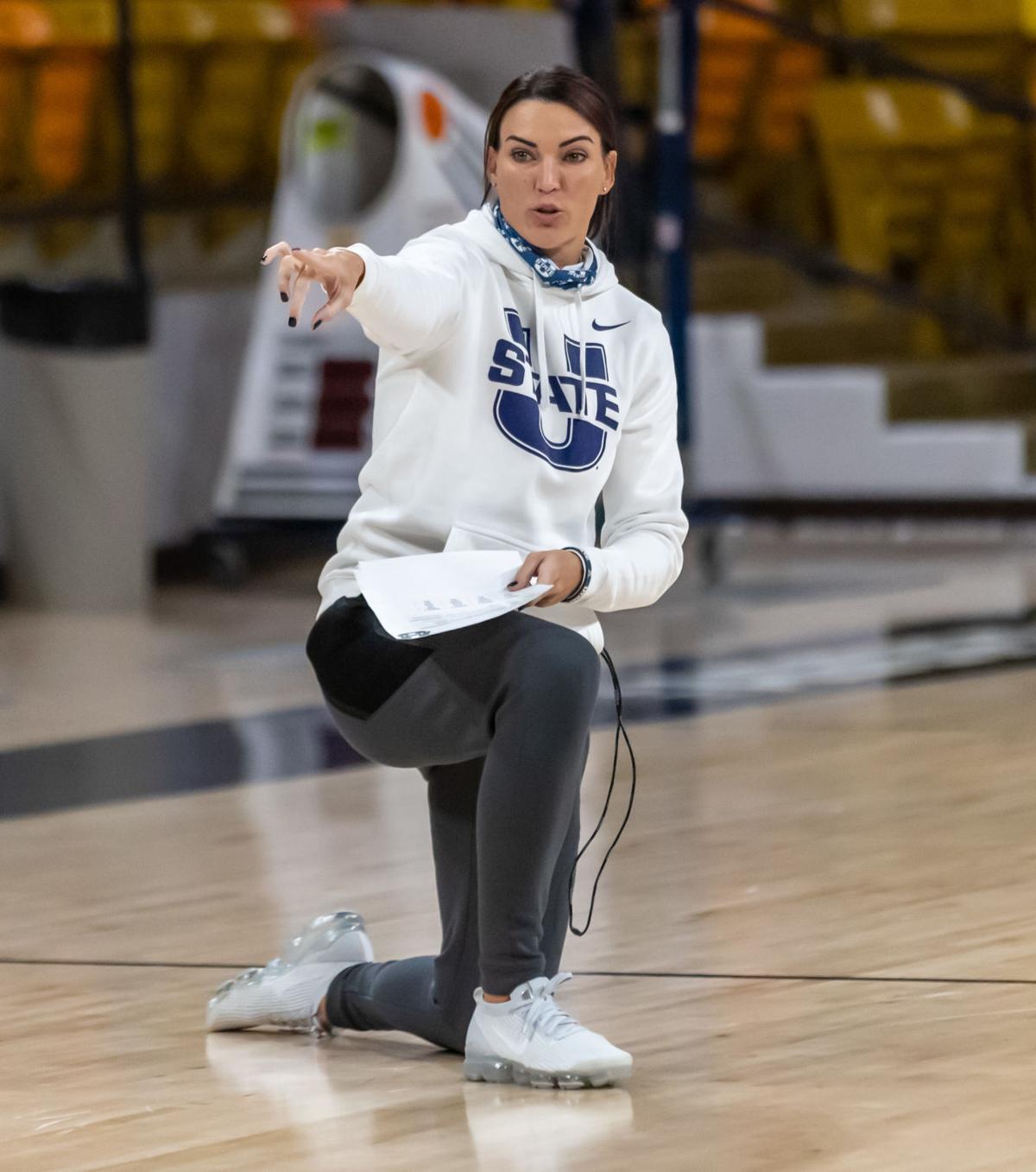 Kayla Ard returns to the University Center on Saturday at noon to face Southeastern, now as the head coach of Utah State. Ard won a state title with Loranger in 2000 and played for the Lady Lions from 2004-06.

Kayla Ard with the A-10 Championship trophy she won while coaching at Dayton.

Kayla Ard returns to the University Center on Saturday at noon to face Southeastern, now as the head coach of Utah State. Ard won a state title with Loranger in 2000 and played for the Lady Lions from 2004-06.

Tangipahoa Parish women’s basketball is receiving another homecoming this winter as former Loranger and Southeastern standout Kayla Ard returns to the University Center to face her alma mater, now as the head coach of her own program.

Ard was a key member of Loranger’s state championship team in 2000. She averaged 26 points per game in her career and led the Lady Wolves to three final four appearances in their run of dominance under then-head coach Chanda Rigby.

After a year at the junior college ranks at Chipola (Fla.) Junior College, Ard returned home to finish her career out in Hammond as a Lady Lion where she played from 2004-06, including an all-Southland Conference selection in 2005.

Since her time on the floor as a player for Southeastern, Ard said this will be her first time back in the University Center since her playing days and expects there will be a few flashbacks of that state title in 2000 and her time at Southeastern.

“I think it’ll be exciting to be in that arena. My family will be there, I’ll get to see my nieces and nephews,” Ard said. “My brother will be there, aunts, uncles, cousins. It’ll be nice for me to be surrounded by family.”

With the playing days behind her, Ard took the leap into coaching, following Rigby to Pensacola State as an assistant coach and recruiter. Under the former Loranger duo’s direction, the Pirates earned back-to-back appearances in the NJCAA National Semifinals.

Ard never looked back, earning a name on the recruiting trail as she’s been able to attract top talent to each stop shes been.

Where did that ability to recruit talent begin? Her former head coach, Rigby.

“She just kinda of taught me everything I knew. Some of it came from throwing me in the fire and some of it I figured out,” Ard said. “She’s 100 percent been my mentor and the reason I’m in this business. My life is completely different because of that lady, and I just owe her everything.”

The most important part for Ard during the recruiting process has been to build relationships and having players trust you because without good players it doesn’t matter how good of a coach you are, she said.

Since her time at Pensacola State, Ard has made her way around the country, taking roles as assistant coach and recruiting coordinator at Denver, Dayton, Clemson and Troy before taking over her first program at Utah State.

The challenges for any coach taking their first head coaching job, Ard said with a laugh, is similar to having your first child.

“It’s tough. It pushes you. It grows you,” said Ard.”I think one of the biggest things I learned in my first year is being able to take accountability, look in the mirror and just learn from defeat.

“I hate losing. I hate losing more than I love winning, and I lost a lot last year. I know it was COVID and everything else, but I thought I had a lot to learn as a head coach. Having your first head coaching job is like having a child. You think you’re ready, but you’re not ready until it happens.”

Taking the step from an assistant coaching role and head coaching role has been a difficult step, but Ard said she still talks to Rigby regularly to ask questions and continue to learn from her mentor.

The transition from coaching roles isn’t easy, but sometimes, the location change can be another adjustment.

The change from the Midwest to Utah was easier than the original transition from the south to Dayton, Ohio for Ard.

“I think the biggest transition for me in my career was the move to Ohio because that was the first time I had been in snow,” Ard said. “I was like, ‘What is happening?’”

Now, Ard is surrounded by the mountains and doesn’t have to deal with the sweltering humidity of the South.

Knowing that difference in climates between her hometown and Logan, Utah has also changed the way she’s preparing for her matchup with Southeastern Thanksgiving weekend.

Utah State will travel Thursday and stay in Covington due to Hurricane Ida affecting hotels when the team was scheduling the trip.

The idea to get south a few days in advance came from Ard’s knowledge of what it’s like to deal with the humid, 75-degree her group will face, mostly, for the first time.

Ard’s roster boasts three players from the South – two from Texas and one from Kentucky.

Thursday, Logan, Utah will feature a high of 41 degrees and low of 21 degrees.

Knowing some of the potential issues that brings and the talent that Southeatern returns on the floor, Ard said she’s looking for her group to compete and execute the gameplan.

“We’re treating this year as our first year,” Ard said after dealing with COVID issues throughout her first season as head coach. “We’ve got a great group of girls, but I definitely think we’re in a building process. We’re learning a lot of things and trying to take things into the next game.”

Southeastern and Utah State are scheduled to square off Saturday at noon in the University Center.

Ard said she’s seen the excitement surrounding her return through posts on Facebook as hometown friends she hasn’t seen in nearly a decade and a large portion of her family are planning to attend.