Sign Up
Log In
Purchase a Subscription
You have permission to edit this article.
Edit
Home
Special_report
News
Sports
Business
A&E
Announcements
Obituaries
Opinion
Multimedia
Classifieds
Share This
1 of 2 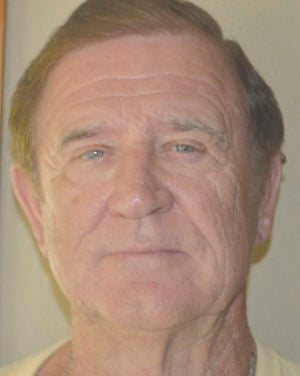 Most readers who will read this article have never heard of Cheval de frise, the French words for “Frisian horse.”

About a year ago, a Mr. Hano of Springfield was walking the banks of the Natalbany River at Springfield during a low tide. He saw what appeared to be a square log on the edge of the river bank. He hooked to it and began to pull it out with his four-wheeler.

He then pulled it to his home, where he cleaned it off and began to wonder what it might be.

It was a cypress log, about 18 feet long and over a foot square. The log had been hand chopped and had holes cut into the log on two sides. The holes were about six inches apart and were the entire length of the log.

He gave me a call. I went over to see what it was.

I had never seen anything like it and didn’t really know what it was.

I took pictures, made a phone call and sent them to Richard Angelico, a renowned authority on antiques and anything war related.

It wasn’t long before he returned my call and identified the log as Chevaux de frise. This was a defensive anti-Calvary log used to stop any type of enemy forces from over running a military position.

Although this was just the 18-foot cypress log, when it was used in the war, it had wooden or metal spikes sticking out of every hole in the log. These spikes acted as spears with pointed tips on each one.

It could easily be moved from one location to another to block a breach in another barrier from enemy forces.

Springfield was the site of a fort and a cannon emplacement. This Cheval de frise was probably placed during the Civil War in Springfield to stop enemy forces from over running the fort.

This type of defensive log was also used in World War I to plug gaps in barbed wire to stop the enemy.

This cypress log appears to have been cut at each end and is believed to have been longer in length so that it could be placed crossways the river with spikes sticking out. This would have allowed the wooden spikes to stick into the bottom of the wooden ships that were trying to reach the fort in Springfield.

Mr. Hano donated the Cheval de frise, cypress log, to the Louisiana Treasures Museum and it is now on display at the museum. Although the wooden spikes are gone out of it, I am making some to be placed back in some of the chopped out holes.

For more information call Wayne Norwood at 225-294-8352. Museum is open on Saturdays and Sundays and group or family tours are available upon request.