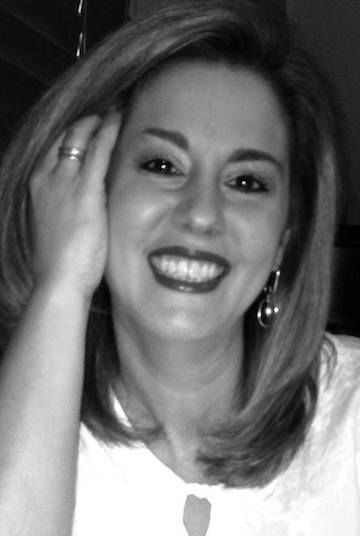 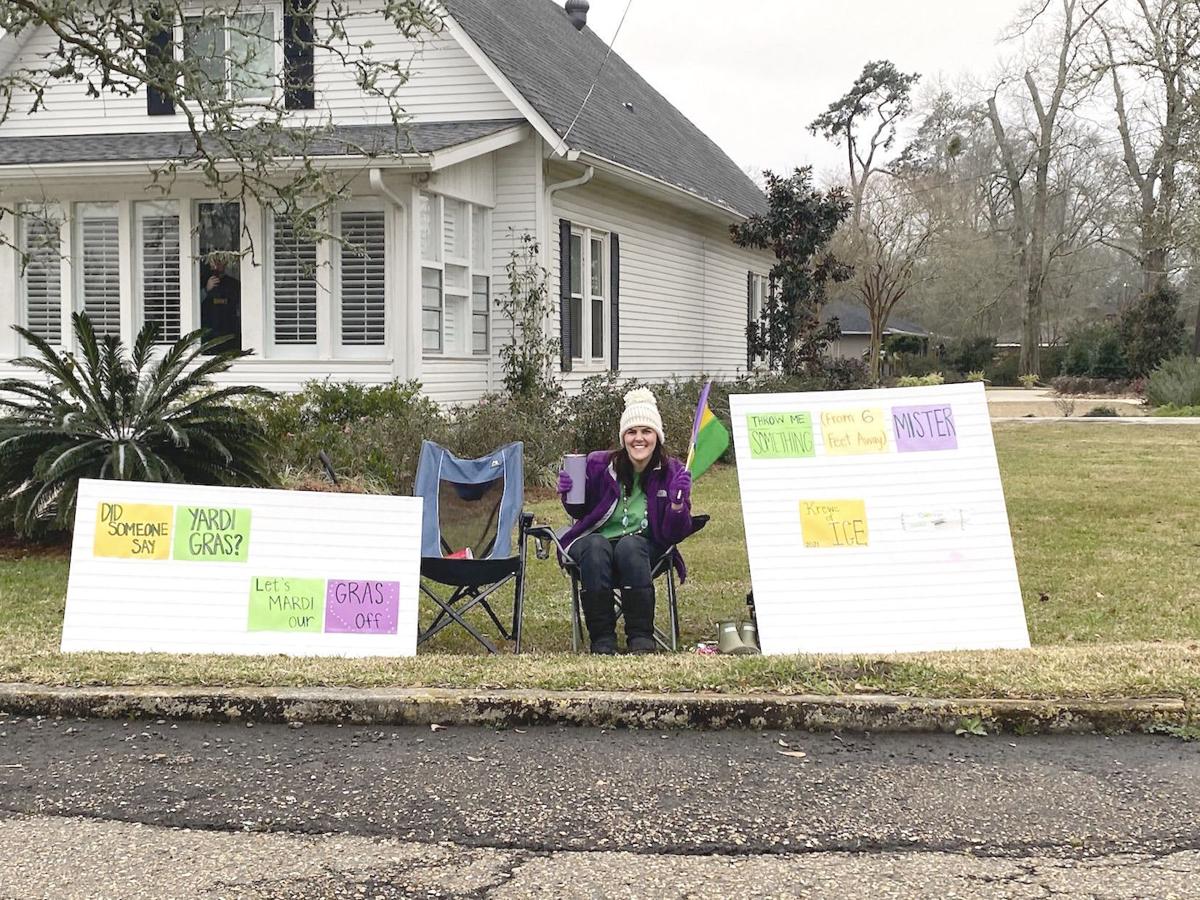 KREWE OF ICE — As the solo member of the Krewe of Ice, Morgan Kavanaugh wishes a Happy Yardi Gras to people passing along Church Street in Hammond. 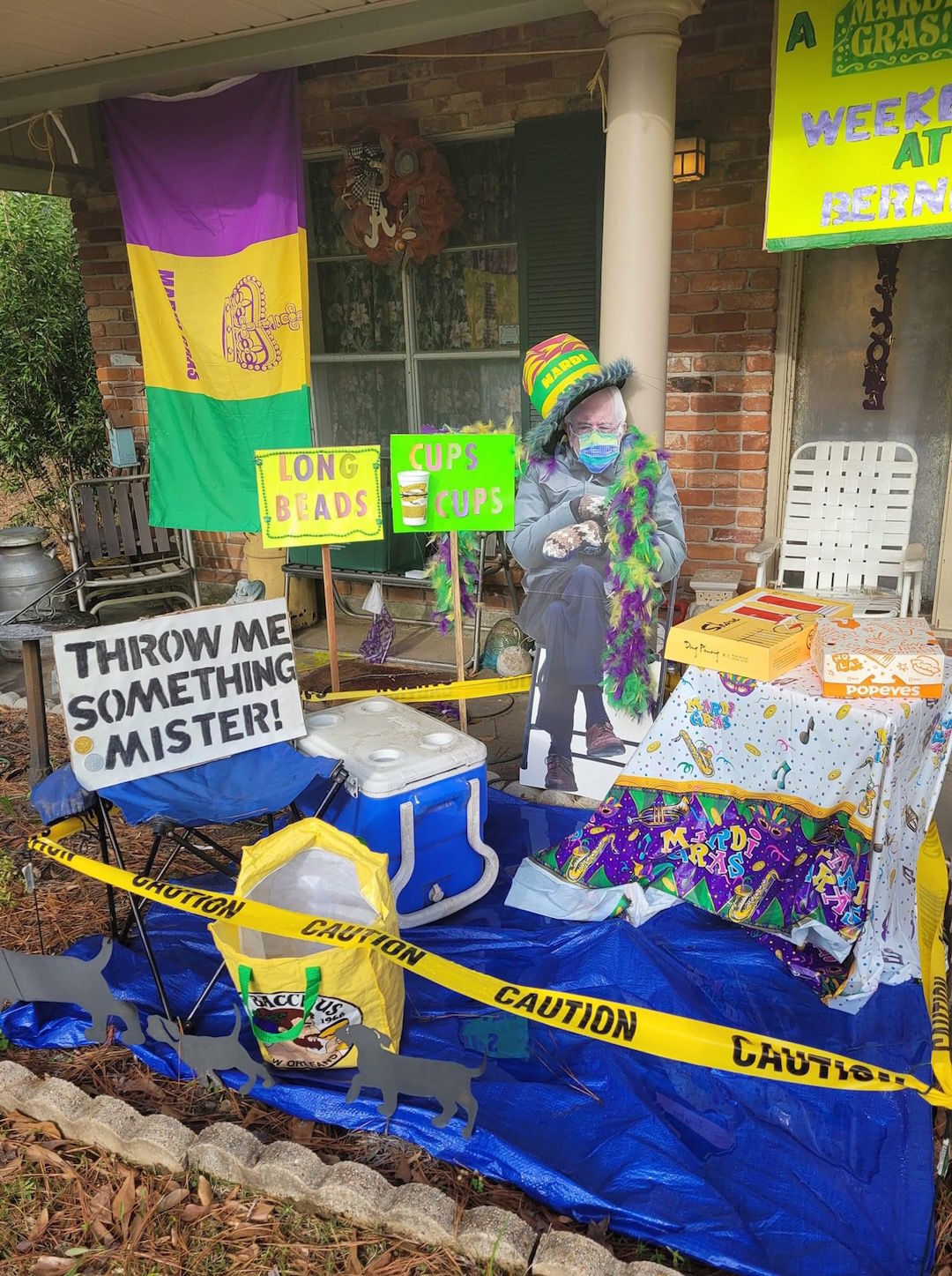 KREWE OF ICE — As the solo member of the Krewe of Ice, Morgan Kavanaugh wishes a Happy Yardi Gras to people passing along Church Street in Hammond.

And now, this year, COVID took center stage instead of a 2021 King and Queen of Eros, Rex, Comus or any Carnival organization. Between the pandemic and the record-breaking freezing temps in our area, no one was able to celebrate. But the spirit of Mardi Gras still managed to roll on as people in our area decorated their lawns in participation of Yardi Gras.

The DiBenedetto home near the gates of Southeastern Louisiana University was decorated to resemble a float. The porch railings were covered with purple backing and Mardi Gras masks. My favorite part was the multi-colored beads draped all over the shrubs along the front flower beds.

The Landry home on West Thomas Street was illuminated every night with a projection of purple, green and gold lighting. And several homes along that street were festooned with traditional Mardi Gras masks, flags, lights and wreaths.

Katherine Marquette, former executive director of The Hammond Regional Arts Center, was honored to be featured as part of the décor at the home of Joe Blank. Hand-painting several NOLA marching groups on nearly life-size panels, Joe included the profile of an “Amelia EarHawt.” Dressed in her traditional red suit, this particular “Amelia” resembled the Krewe’s member Katherine. Excited to have her likeness represented, Katherine thanked Joe in a post on the “View From My Window-New Orleans,” for including her alongside paintings of a “Rolling Elvi,” a “610 Stomper,” and a dancing “MuffALotta.”

One of the most creatively decorated lawns I saw for Yardi Gras was in front of the home of Tangipahoa Parish Library Director Barry Bradford. Titled, “A Mardi Gras Weekend at Bernie’s,” this hilarious spoof of the 1980s movie was conjured up by his wife, Becki. The focal point was a life-size cutout of US Sen. Bernie Sanders wearing his famous inauguration wool mittens, along with a Mardi Gras hat and mask, as well as a purple, green and gold feather boa.

Surrounding Bernie was a traditional parade route camp site, complete with an ice chest, folding chairs and a “Throw Me Something Mister” sign. Also next to Bernie was a small table, covered with a plastic Mardi Gras tablecloth, topped with a box of Popeyes Chicken and a Dong Phuong King Cake.

Of his wife’s creation, Barry said, his yard has received lots of social media comments, including many complementing the yellow caution tape around the camp site as well as the blue tarp under Bernie’s chair.

Barry commented, “I loved the house float idea, and it’s been fun to participate!”

Seeing the Hammond Krewe of Houses was the only carnival activity I participated in this year. The icy conditions prevented me from touring the “Floats in the Oaks” in City Park, or from seeing the famous “Dino Home” on St Charles Ave. But I did enjoy the Mardi Gras decorations along my route right here in our city.

And on Mardi Gras day, I happen to catch Morgan Kavanaugh in her yard on Church Street next to a sign, which read “Krewe of Ice. Throw me something from six feet away.” Morgan was waving a purple, green, and gold flag and wishing passing cars a Happy Yardi Gras.

Also, thanks to our Pho Grace restaurant for their special Mardi Gras ordering option, I did have my first piece of Dong Phuong King Cake. While most of this year’s Carnival season was filled with disappointment, this tasty slice of award-winning brioche dough was good enough to have again next year. Until then, my long white formal gloves remain waiting. As for my masks, I plan to wear one every day as I hope for a presentation of Mardi Gras in 2022!

Pamela Cali Bankston, R.N., is the published author of the Frizzy Frieda Books and a board member of the Hammond Regional Arts Center.