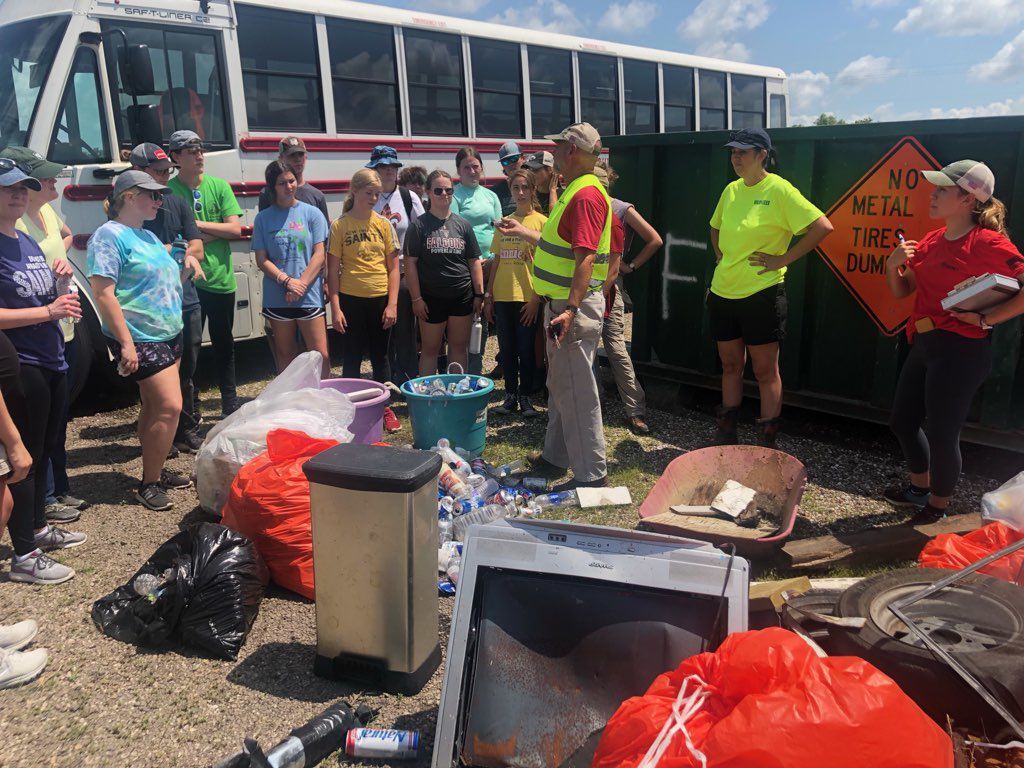 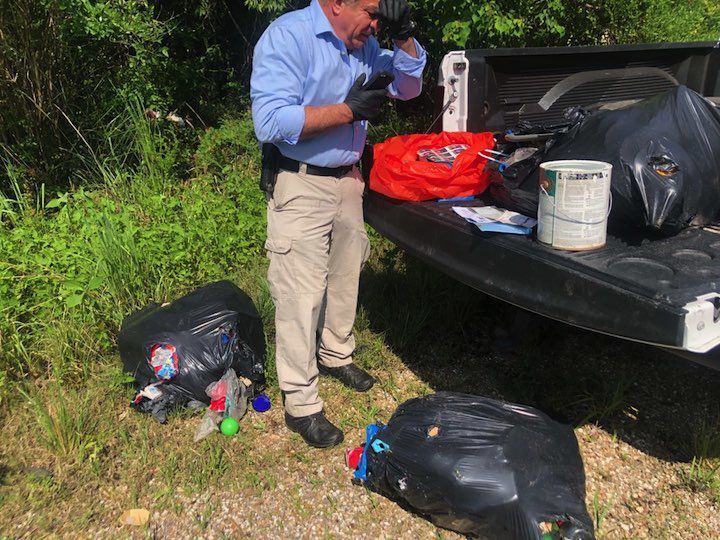 Trash from an illegal dumping site in Manchac is collected and turned over to Tangipahoa Parish Code Enforcement officers who will go through it to identify and fine the culprit.

Trash from an illegal dumping site in Manchac is collected and turned over to Tangipahoa Parish Code Enforcement officers who will go through it to identify and fine the culprit.

An Albany church youth group removed 650 pounds of litter and recyclable items from Manchac this past weekend with the help of Keep Tangipahoa Beautiful and Osprey Initiative.

Because of the pandemic, St. Margaret Youth Group Mission Krewe was unable to take its usual week-long summer mission trip. Instead, the 25 high school students, young adults and chaperones are staying locally at Tickfaw State Park and volunteering for different local service activities each day.

Saturday’s service project was a three-hour litter cleanup of Highway 51 from Selsers Creek to North Pass.

Ansleigh Munn, ministry chairperson, said they found “a smorgasbord of everything” including chairs and household trash.

“It was definitely surprising for our kids,” Munn said. “They don’t think about how much flies out of the back of trucks.”

Volunteers witnessed trash flying from truck beds during the cleanup Saturday. They were also surprised to find so much food and beer cans. She said they even found trash from entire fast food meals.

Only about 20-25 pounds of the 650 pounds of debris collected was recyclable, he said, and the predominant litter was that which flew out of vehicles.

“That was literally a dumpster of litter sprinkled out over seven miles,” Bates said.

People need to understand that trash put in the back of their truck is just going to blow out, he stressed.

One illegal dumping site was found.

Ginger Tastet, executive director of Keep Tangipahoa Beautiful, said someone was identified from three bags of trash and has been turned over to code enforcement officers.

The volunteers learned that individuals can receive a fine for dumping their household litter, Munn said.

Cleanups like this help children develop pride for the area and discourage them from throwing out trash in the future, Tastet said.

Any church or group interested in picking up trash can call Keep Tangipahoa Beautiful at 985-748-2265.

Thank you very much for doing this. My wife and I are always cleaning along the lower road around the fishing spots. It is so disrespectful to fish there for free and then leave all the bait boxes, soda and beer cans, fishing lines, rod and reel packages and other debris. Usually there is also the bags it came in or an ice bag they could have brought home with them to dispose of it. You are also correct about the debris flying out of the beds of pickup trucks and the monumental amount of trash that flies into the waterways below the interstate.