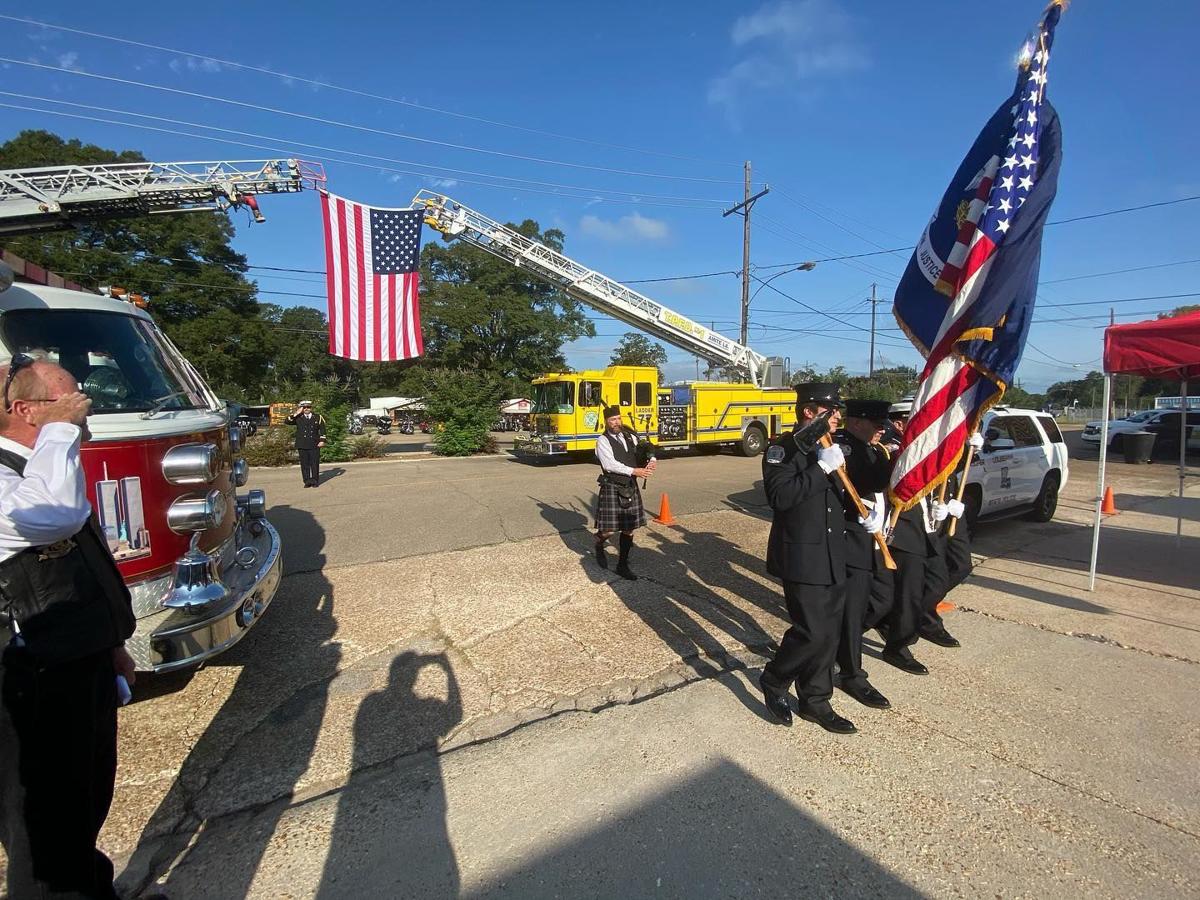 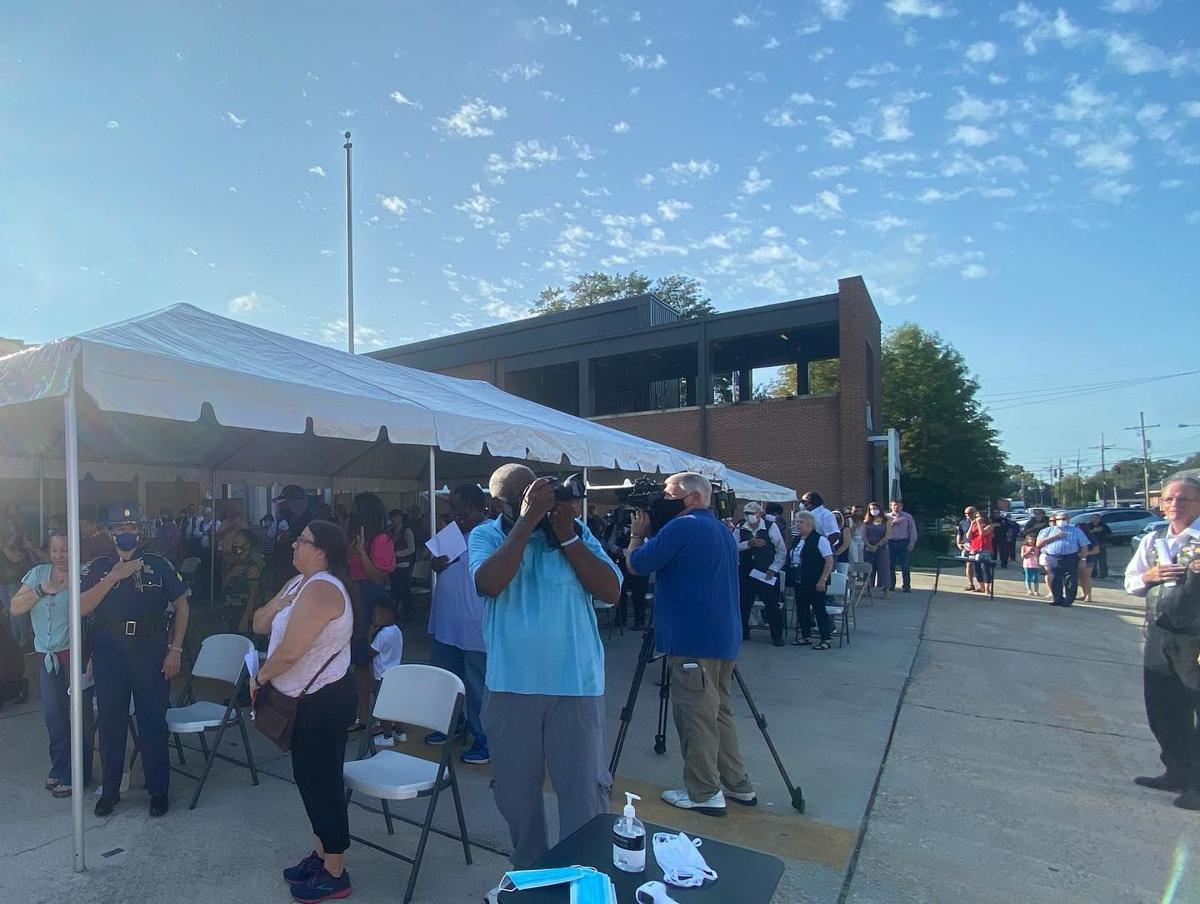 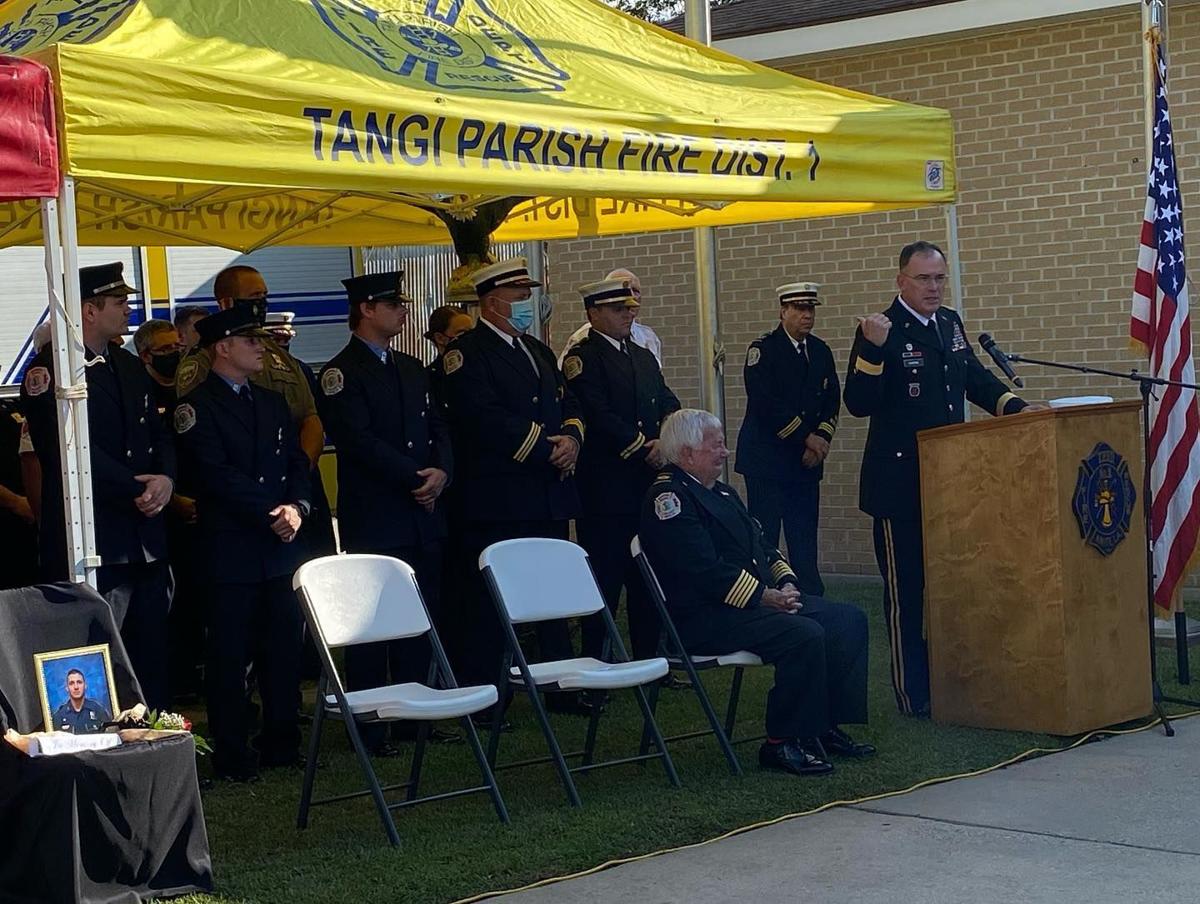 REMEMBER- Fire Chief Butrer reacts to an address given by Louisiana Army National Guard Bigadier General Rodney Painting. A darkened chair up front holds a framed photo of fallen State Trooper George Baker who lost his life in the line of duty earlier this year. 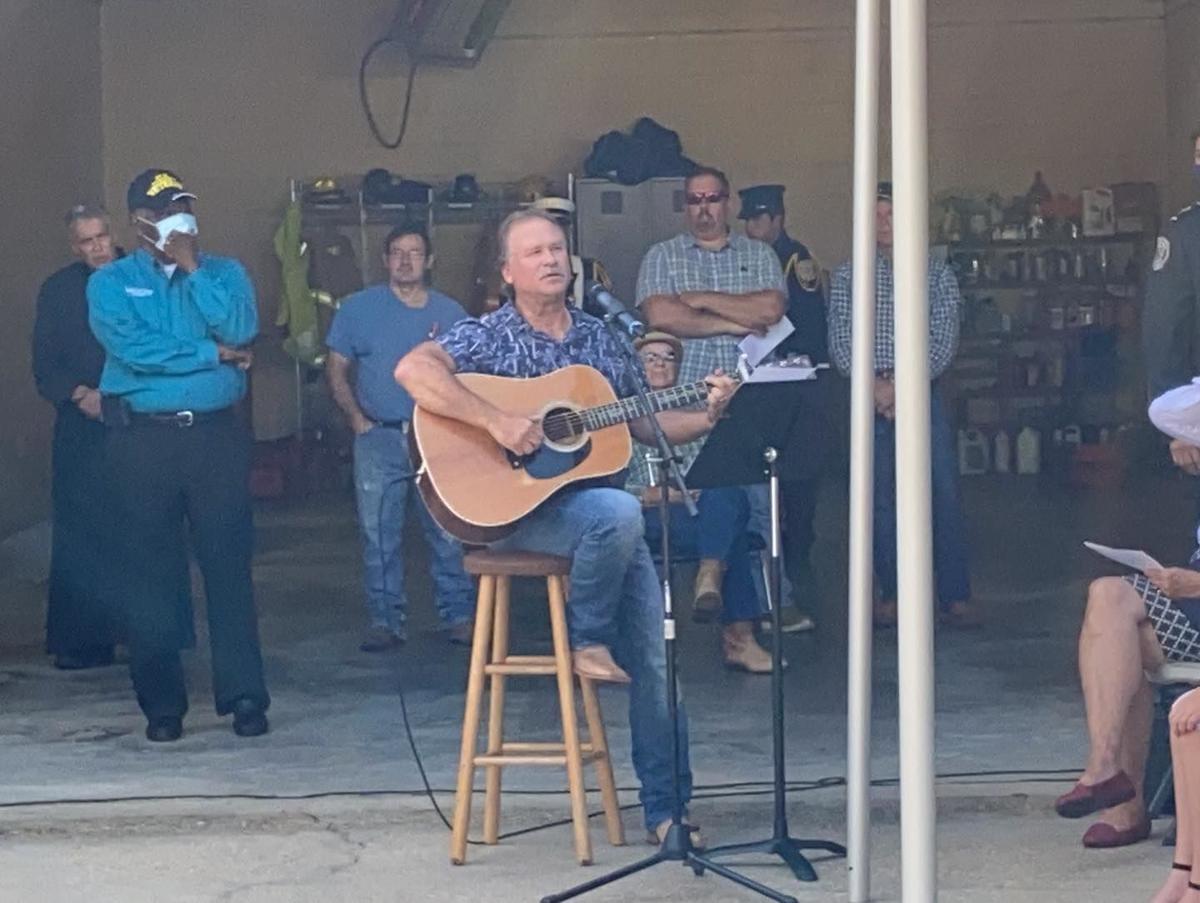 REMEMBER- Fire Chief Butrer reacts to an address given by Louisiana Army National Guard Bigadier General Rodney Painting. A darkened chair up front holds a framed photo of fallen State Trooper George Baker who lost his life in the line of duty earlier this year.

Tangipahoa Parish Fire District No. 1 Chief Bruce Cutrer, host for the event, said there had been concern the event would not be held due to COVID-19, but the decision was made to continue with guidelines being enforced. Disposable masks and hand sanitizer were offered to all present.

The ceremony also paid tribute to fallen State Trooper George Baker, a native of the Albany area, by placing an empty chair draped in a black cloth with a framed photo of Baker resting on the seat. Baker’s wife Heather and daughter Harper were in attendance.

“If you remember the shocking images the world saw in the aftermath of Hurricane Katrina, much of the area around Lake Charles looks like that today after Hurricane Laura,” Painting said. “A lot of our Tangipahoa guys are over there lending a helping hand. I remember one night I was going in the chow hall and I saw a guy from Hammond leaving and Tangipahoa guy entering on my way out.”

Painting said rescue efforts after major disasters, like storms and terrorist attacks, are part of the job of a first responders and it takes a brave person to fill those shoes. The world is still feeling the effects of 9/11 today as the U.S. is still combatting terrorism in 76 countries, he said.

Cutrer said state Fire Marshal Butch Browning, who had been scheduled to speak, was called to a 9 a.m. conference with Gov. John Bel Edwards to discuss recovery efforts around Lake Charles.

Musical tributes were presented. Students Harley Michele Berget sang the national anthem and Co’Lea Vernon sang “Proud to be an American.” Terrie L. Vernon sang “I Will Always Love You,” and local musician David Leto sang and played guitar on the song “I Need a Savior.”