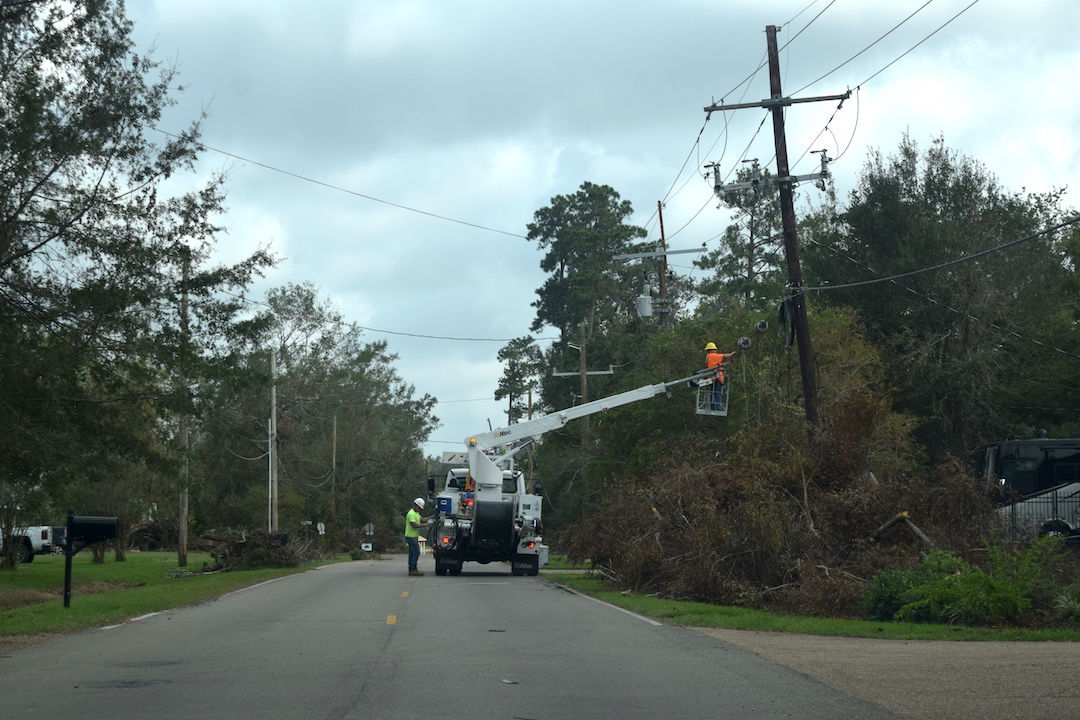 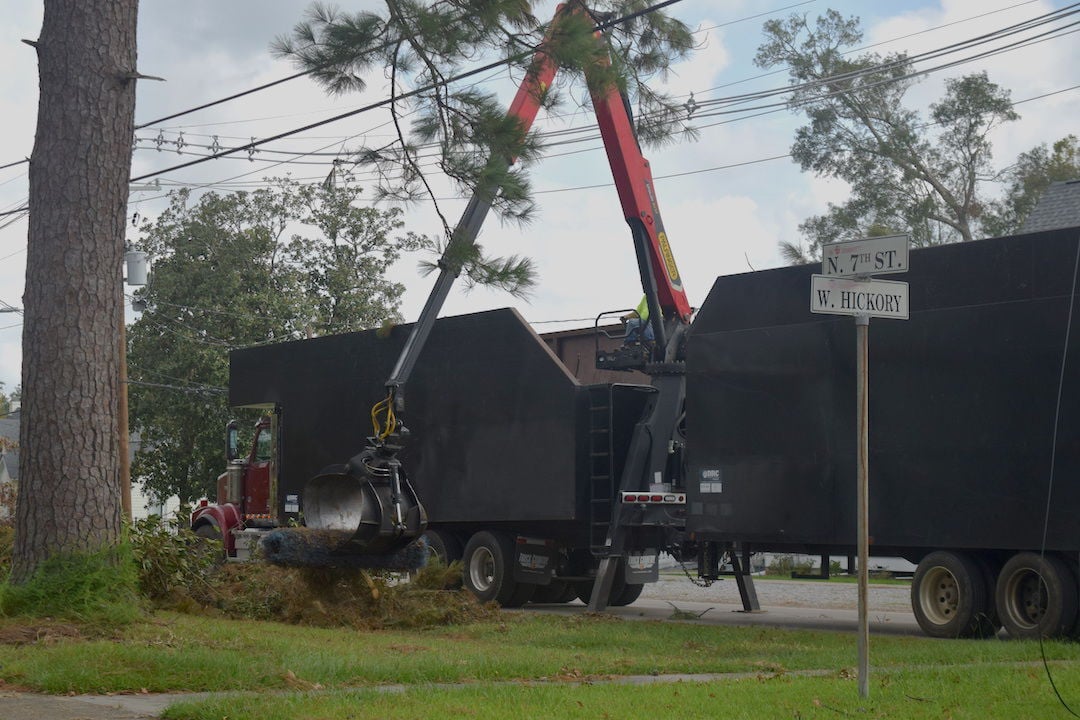 Hurricane debris is collected from the curb on North Seventh Street in Ponchatoula. Contracted crews are working across the parish and its municipalities to remove residents’ debris. 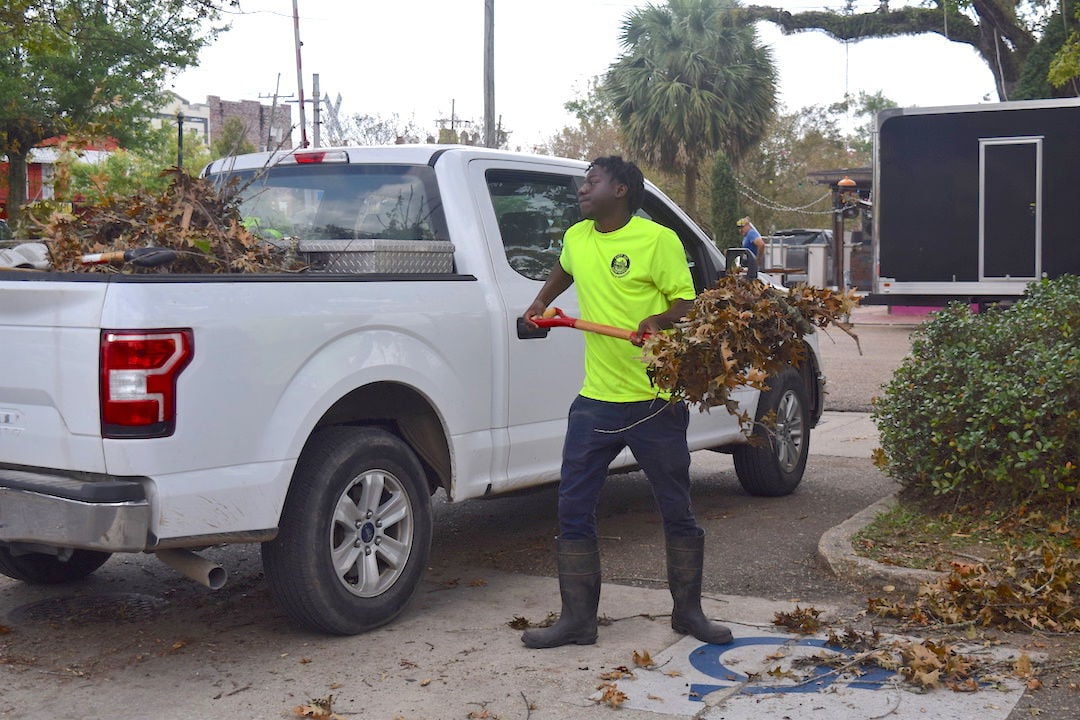 City of Hammond workers continue to clean up the city.

Hurricane debris is collected from the curb on North Seventh Street in Ponchatoula. Contracted crews are working across the parish and its municipalities to remove residents’ debris.

City of Hammond workers continue to clean up the city.

The amount of local power outages dropped nearly 15 percent in one day as power restoration continues across Southeast Louisiana.

As of 11 a.m. Wednesday, Entergy has been able to decrease the number of customers without electricity in Tangipahoa and St. Helena parishes to nearly 45 percent, which is down from 60 percent on Tuesday, according to a company report.

According to scouts’ finished assessments of its electric system in both parishes, approximately 2,700 broken poles, 6,700 spans of wire down (span being wire from pole to pole) and 660 transformers needed repair or replacement.

Entergy continues to estimate most service will be restored to Tangipahoa, St. Helena and eastern Livingston parishes by Sept. 17.

On Wednesday, crews were working to get the industrial park on Pride Drive back up, as well as the southern end of the Southeastern Louisiana University. The northern end of the college was restored a couple days earlier, said Chris Hammons, customer service manager for Entergy.

Crews also worked Wednesday all over Ponchatoula; in Amite on Highway 16 East, Highway 1054 and Highway 1061; in the Independence area south of Highway 1063 and west of Bennett Road and Montpelier Road; and in Loranger around Murray and Highway 40; and in Tickfaw, she said.

Hammons expected most of Kentwood to be restored by close of business Wednesday.

On Friday, 400 more resources are coming to town to help the current 1,100 workers with restoration efforts, she said.

As of 4 p.m. Wednesday, 278,372 Entergy customers were still without power in Louisiana, including 31,722 in Tangipahoa Parish.

A map of estimated times of restoration for Entergy customers is available for Tangipahoa, Livingston and St. Helena parishes at entergy. com/hurricaneida/etr/

Less than 1 percent of DEMCO’s meters are energized in Tangipahoa Parish.

According to DEMCO on Wednesday afternoon, 620 of the company’s 626 meters in Tangipahoa Parish remained without power.

The company stated damage is extensive and devastating, particularly in the eastern part of the parish where the hurricane’s eye passed through.

The Frost, Holden and LIGO substations are now receiving transmission; crews are working to repair distribution to members. Crews continue work to get main infrastructure to power up stores and the police department.

In St. Helena Parish, around 40 percent of DEMCO’s meters are energized.

According to Tangipahoa Parish Government, debris contractor DRC is continuing to pick up debris from public roads in the parish. Debris must be placed on the back side of the ditch as long as the long arm can reach the debris. Debris should not be piled near gas meters.

“We were able to implement our debris removal process quickly because it was in place prior to the storm in preparation for hurricane season,” said Parish President Robby Miller. “Hundreds of trucks are working throughout the parish. Please remember to separate your debris. Trucks are picking up vegetative debris first, then construction debris.”

According to City of Hammond, debris must be kept in separate piles and not mixed. Piles include construction and furniture debris; tree debris, which the contractor has started picking up in Hammond; trash, which is regularly picked up by Amwaste; and appliances.

AmWaste finished its Monday route through the City of Hammond on Wednesday after working on it for three days. Collection of Tuesday’s route begins today.

According to city officials, regular routes are being run with everyone receiving one pickup this week; however, AmWaste is running very slowly due to volume and how wet it is. To avoid sloshing water into the roadway, workers must drive slowly. If workers pull away from an area, it is because the truck is full and must go to the landfill to empty, but they will come back to where they left off.

City officials advise residents to please keep trash curbside and put as much as possible in the Amwaste containers.