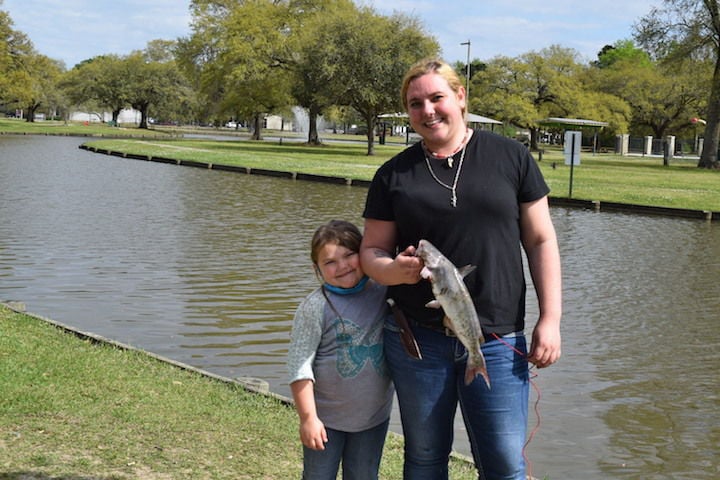 Edie Star Arnette and her daughter, Elana Jayne Mullins, show off the catfish they caught at Zemurray Park’s pond. 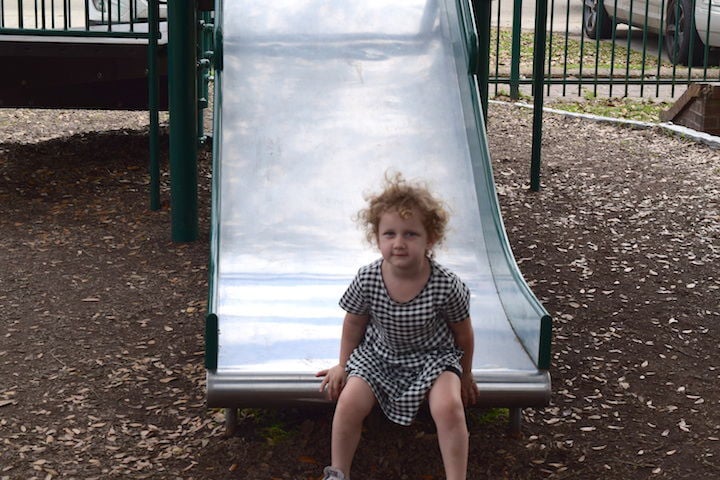 Nora Paradelas slides down the playground equipment at Cate Square. The equipment, which was added in 2007, will soon be replaced with a brand new playset for children to enjoy. 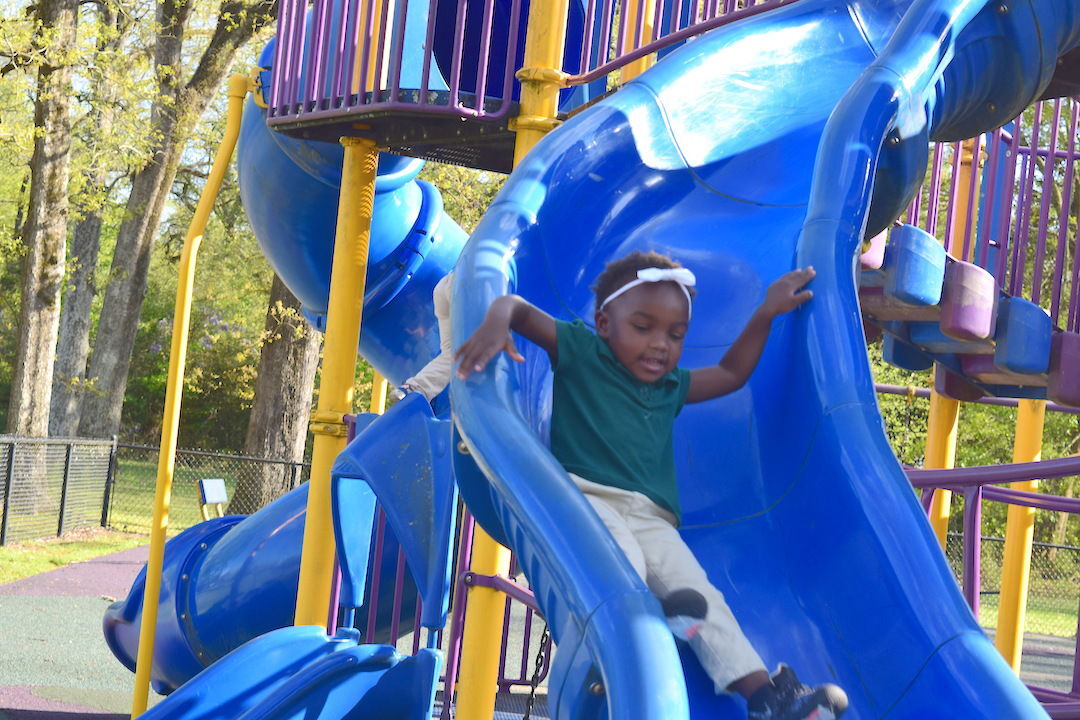 Lai’la Yarborough, daughter of Hammond resident Victoria Stalls, enjoys the playground equipment at Clarke Park. Although no current construction is happening at the park, restrooms were added to the park in 2019. 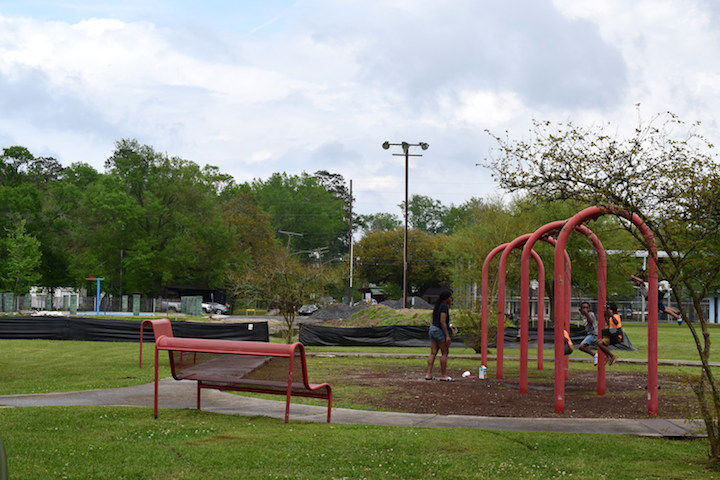 Mooney Avenue Park is in the midst of Phase I of its redevelopment. Phase II will include a new playground, swings, youth court and more.

Edie Star Arnette and her daughter, Elana Jayne Mullins, show off the catfish they caught at Zemurray Park’s pond.

Nora Paradelas slides down the playground equipment at Cate Square. The equipment, which was added in 2007, will soon be replaced with a brand new playset for children to enjoy.

Lai’la Yarborough, daughter of Hammond resident Victoria Stalls, enjoys the playground equipment at Clarke Park. Although no current construction is happening at the park, restrooms were added to the park in 2019.

Mooney Avenue Park is in the midst of Phase I of its redevelopment. Phase II will include a new playground, swings, youth court and more.

After the pandemic pushed back the intended opening of the Zemurray Park pool for a whole year, the facility is finally set to open to the general public next month, just in time for Memorial Day weekend.

Desiree Dotey, director of the city’s recreation department, said the pool will have a soft opening in the middle of May, with a grand opening planned for Memorial Day weekend.

City officials are still working on the dates and times the pool will be open to the public. They have decided there will be two sessions of two-week swimming lessons, one in June and one in July. Some summer camps, including the city’s own camp and the Chappapeela Sports Park camp, and a couple of high schools will utilize the pool too, she said.

The city has partnered with USA Pools to handle maintenance and management. USA Pools is now hiring lifeguards.

An official brochure with more details will be prepared in the next two weeks, she said.

The city’s summer campers will use the pool on Fridays. The camp for local children ages 5-12 is returning after being cancelled last year due to the COVID-19 pandemic.

“Normally we have 130-140 spots, but this year we’ve limited it to 80 so we can make sure we’re sticking to COVID guidelines,” Dotey said, adding that as of Wednesday, 67 of those 80 spots had already been filled.

“We’ve been getting a lot of phone calls, so I’m sure parents are feeling a little more comfortable now and getting more involved in things especially after a year of not knowing what’s going or happening,” Dotey said. “Kids want to come swimming. They are looking forward.”

She recalled how programs had to be limited last year amid the confusion over safety guidelines. Safety of the participants is top priority, she said, and “with everything going on, we didn’t know what guidelines to follow and what we could and couldn’t do.”

With Louisiana in Phase 3 of COVID-19 recovery, there is a greater sense of comfort about starting activities again, she said.

After skipping a year, the afterschool program for the new school year is planned to return after Labor Day. She said there will be discussion this summer about possible arrangements to bring children by bus from the schools to the program.

While programming has been limited to non-existent during the pandemic, the city’s community parks have been safe places for families can get children out of the house.

Victoria Stalls of Hammond said she takes her three children to the park to play for an hour or two everyday when the weather is nice. She stressed that it is convenient, especially now that the city has added bathrooms to Clarke Park.

The administration and city council are continuing to improve the city’s parks.

Requests for proposals for the new playground equipment have already been advertised. Along with the main equipment also sought are freestanding activity panels and an accessible and inclusive merry-go-round-like play structure.

The first of the two-phase redevelopment of Mooney Avenue Park is underway.

Funded by the city and managed by Spangler Engineering, Phase I includes a new restroom building, basketball court and parking lot.

Phase II will include a new playground, a youth court, walking trail, picnic pavilion, new outdoor exercise stations, park benches, swings, landscaping and other improvements. Phase II is the subject of a Land and Water Conservation Fund grant application, which is currently pending final approval by the National Park Service. It is anticipated to be funded this June or July, which should allow work to commence in the fall.

At Martin Luther King Park, a storage building has been added for recreation equipment, and the pavilion and restrooms have been completed.

At Jackson Park, construction has started on the pavilion.