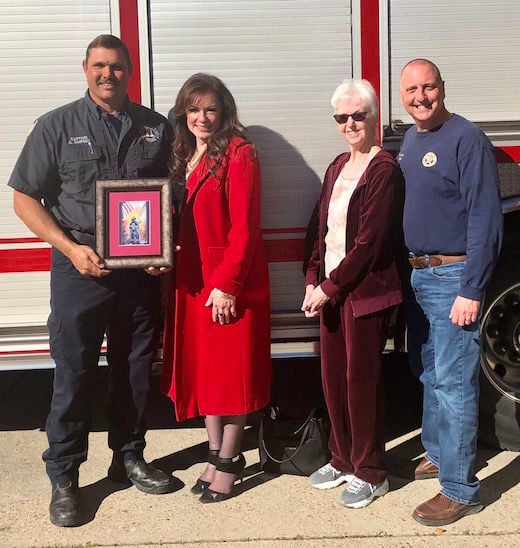 SALT OF THE EARTH – Hammond Fire Department’s Chad Simpson has been chosen by the Seniors and Law Enforcement Together group as a SALT of the Earth Hero. From left are Simpson, SALT President Dot Kenney, SALT council member Ruth Powell and SALT Vice President Marshal Pat Farris. 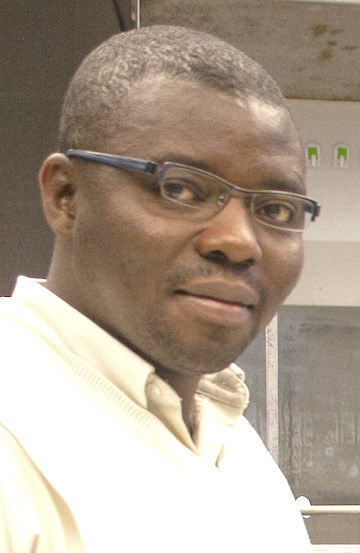 SALT OF THE EARTH – Hammond Fire Department’s Chad Simpson has been chosen by the Seniors and Law Enforcement Together group as a SALT of the Earth Hero. From left are Simpson, SALT President Dot Kenney, SALT council member Ruth Powell and SALT Vice President Marshal Pat Farris.

Southeastern Professor of Organic Chemistry Jean Fotie has been appointed to serve as a member of the Science Advisory Group of the Governor’s Climate Initiatives Task Force. The vision is for Louisiana to be able to reduce net greenhouse gas emissions by 26-28 percent of 2005 levels by 2025, by about 40-50 percent of 2005 levels by 2030, and to net zero greenhouse gas emission by 2050. “As a coastal state, Louisiana is among the areas where one can witness, almost daily, the increasing severe effects of climate change on our environment and on our way of life,” Fotie said. “In recent years, our research group has developed a deep interest in finding new ways to reduce greenhouse gas emissions without impairing economic viability. It is an honor to be able to contribute, even in the smallest of ways, to the state’s climate vision for the next decades.” Fotie recently received a $265,000 grant from the National Science Foundation to develop greener and sustainable catalytic methods for the reductive functionalization of carbon dioxide.

After 37 years of dental practice in Hammond and nearby areas, Dr. Russell P. Mayer, DDS, has announced his retirement and has selected Dr. Adam Quartano to take over his practice. Dr. Quartano, or “Dr. Q” as he is known, has named the practice Concord Family Dental. Dr. Q grew up in Mandeville, attended St Paul’s School in Covington and earned a bachelor’s degree in genetics from the University of Georgia in 2008, a master’s degree from Tulane in 2009, and a doctorate from LSU School of Dentistry in 2013. His brother is a Covington dentist and his late grandfather practiced dentistry in New Orleans for over 40 years. Dr. Q is a member of the New Orleans Dental Association, Louisiana Dental Association, and American Dental association, as well as the Crescent City Study Club. He’s a coach, personal trainer, member of the 610 Stompers, and Saints season ticket holder.

Gnarly Barley Brewing was awarded a silver medal at the 2020 Great American Beer Festival competition, presented by the Brewers Association on Oct. 16. The Hammond brewery was recognized in the Sweet Stout or Cream Stout beer-style category for its Korova Milk Porter, a Baltic Oatmeal Milk Porter that was the very first inception of founder and Gnarly Barley Brewing owner Zac Caramonta. Judges for the 34th edition of the celebrated competition evaluated 8,806 entries from 1,720 breweries from all 50 states plus Washington, D.C. Socially distanced judging took place in 35 sessions over 18 days with strict safety measures in place.

H/S architectural firm has won three awards in a virtual Rose Awards event held by the American Institutes of Architects AIA Baton Rouge Chapter. The awards included a Rose Award for Bayou Blue Retreat House, a Silver Rose Award for the NTCC Livingston Campus and a Gold Rose Award for St. Michael’s Special School). The chapter presents only one silver and one gold.

Olivia Maurer and Sean McKenzie, both Univ. of Mississippi students from Hammond, have been inducted into Phi Kappa Phi, the nation’s oldest and most selected collegiate honor society for all academic disciplines. Membership is by invitation only and requires nomination and approval by a chapter. Only the top 10 percent of seniors and 7.5 percent of juniors are eligible for membership.

Southeastern Louisiana University’s Department of Teaching and Learning has named Taylor Dunigan as the recipient of the 2020 Resident Student Teacher of the Year Award. An early childhood education graduate and resident of St. Amant, Dunigan received the award based on her GPA, performance assessments, disposition and overall student relationships, said Melanie Forstall Lemoine, coordinator of the Teacher Development Center.

Louisiana’s first prosthetic iris implant was performed recently at AVALA by Dr. Satya Reddy with Louisiana Cornea Specialists. The CUSTOMFLEX® ARTIFICIALIRIS Veo Ophthalmics implant was used to treat disabling glare as a result of infection over 15 years ago.

Casey Petitjean, who was an A&P certified helicopter mechanic while serving 10 years in the Louisiana National Guard, has opened Screen-Shot iPhone Repair, an operated device repair shop in Denham Springs.