If you need to purchase a subscription.
You are the owner of this article.
Edit Article Add New Article
You have permission to edit this article.
Edit
Home
Special_report
News
Sports
Business
A&E
Announcements
Obituaries
Opinion
Multimedia
Classifieds
Share This
1 of 2 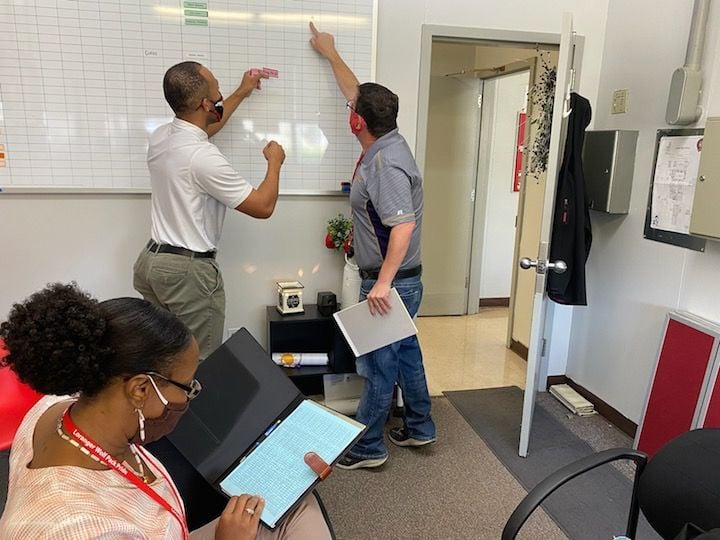 GETTING TO WORK – Loranger High School’s new Principal Gary Perkins works alongside Assistant Principal Nicholas Varnado and counselor Marquita Imes to figure out student class schedules for the fall, which will begin virtually in August. 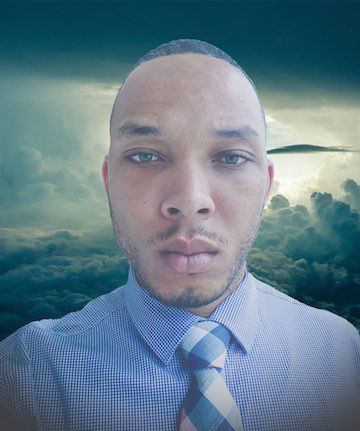 Being chosen to serve as a high school principal means much to a first generation college graduate.

Gary Perkins, the new principal leading Loranger High’s wolf pack this year, shed tears of joy when introduced to the Tangipahoa Parish School Board this week.

He was raised by his grandparents until they died when he was a teenager, leaving him and his siblings to be raised by a single father. Through self-motivation, he rose above the challenges.

Perkins previously served as dean of students at Grace King High in Jefferson Parish and a dual enrollment history teacher in St. James Parish. This will be his first time serving as principal.

Many others who applied were also qualified for the job, he said, and he appreciates Superintendent Melissa Stilley, the hiring committee and the school board for having faith in him.

“I can promise you going forward, you won’t have to question my work ethic. I can boldly say we’re going to see great improvements at Loranger High School,” he said.

“He was not afraid to show his tears and emotions because of where God has brought him from wherever he was to be here today to be in the position he’s in, and he’s going to use it greatly with the kids in Loranger – I feel sure,” Simmons said.

Perkins believes students’ performance reflects the work they put in, regardless of the strong support situation backing them. He knows personally that even if no one in a household is there or has the knowledge to help, students cannot take on that mentality, he said.

“Life’s not always going to be fair, but if you want to make the most of your situation, you can,” Perkins said. “Just because an individual doesn’t start off on an even footing as another doesn’t mean they can’t be successful and accomplish similar feats. You get out of life what you put into it.”

He became a self motivator at a young age, the first in his family to graduate from college and then continuing to work on a doctorate degree in education.

Perkins advocates for incentivized learning, even as far as being open to hearing from students what incentivizes them.

“My mentality going forward is going to be to encourage teachers to reward those students who have demonstrated exemplary performance, and as an administrator, I am going to work to make sure we are rewarding our students,” he said.

Perkins plans to introduce AP courses and other new curriculum opportunities to Loranger students to help give them a jump start on college and their future.

Many Loranger High students choose its four-year TOPS track. Through AP classes, students earn high school and college credit for those courses, minimizing the costs they will have to pay in college. Students passing the AP test at the end can earn credit that can transfer with them after high school, he said.

He has already applied to the state’s AP board and is waiting to hear if this can be offered in the future.

Superintendent Stilley expressed confidence in Perkins. She said all his references assured he is a very hard worker who sets goals and works non-stop to accomplish them.

Perkins is creating a social media account for the school to communicate and he plans to collaborate with other principals around the parish.

Taking on the workload alone can be hard to accomplish, but sharing ideas can help push students in the best direction, he said.