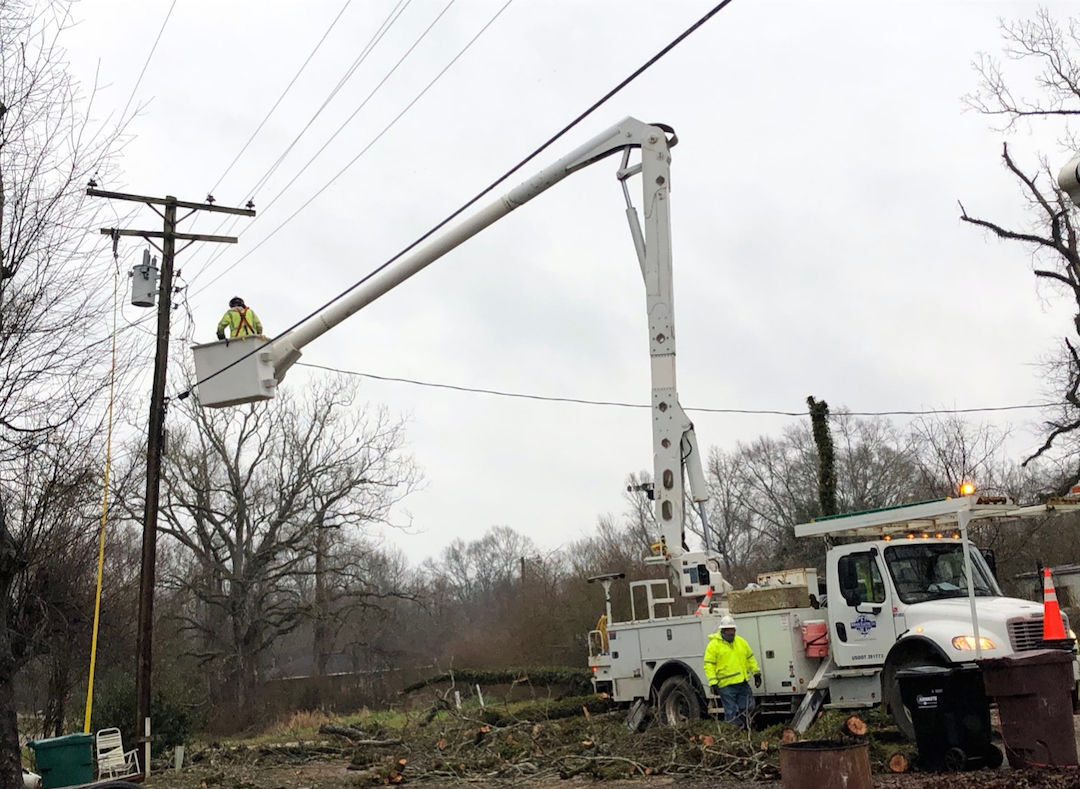 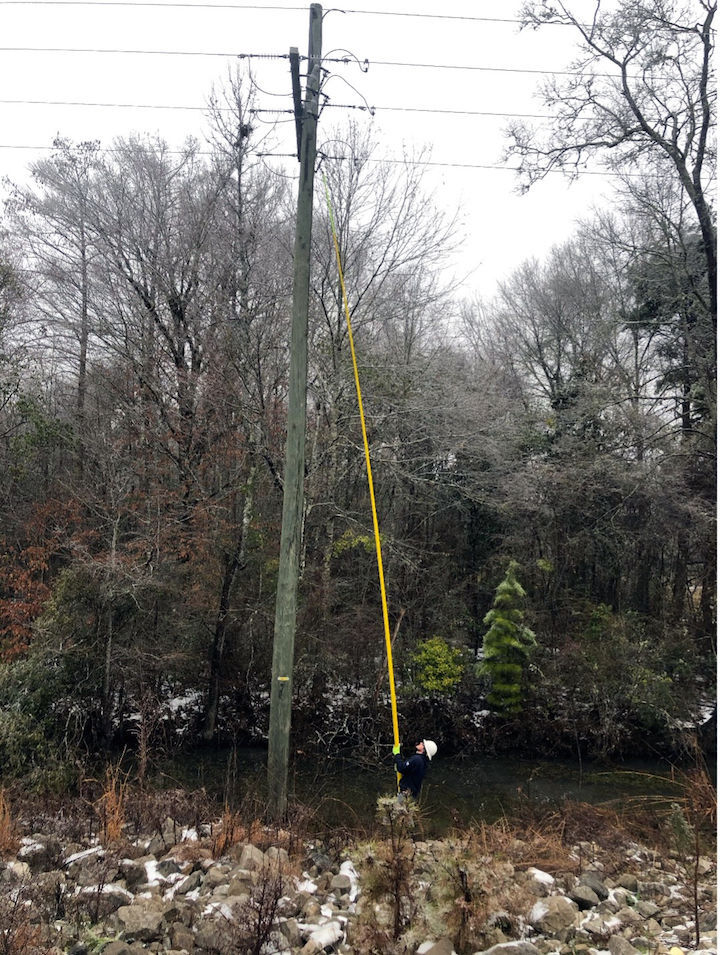 An Entergy field worker works on a power line in Tangipahoa Parish after this week’s winter storm.

An Entergy field worker works on a power line in Tangipahoa Parish after this week’s winter storm.

North Tangipahoa Parish residents are still warming up after experiencing one of the coldest weeks that left many without electricity for up to four days.

Cold conditions and the resulting water and power outages and road closures were widespread after the initial ice storm Monday. Hammond, Ponchatoula and the Bedico/ Robert area resumed normalcy by mid-week while Independence, Amite, Kentwood and Village of Tangipahoa areas continued to experience icy conditions and outages.

According to Entergy, as of mid-day Friday, around 300 Entergy customers, all north of Independence, were still without service in Tangipahoa Parish.

That number was a drastic drop from the approximately 2,000 residences still experiencing a power outage Thursday morning.

“This week was another example of how diverse our parish is from the south end to the north end,” said local school board member Tom Tolar. “There are times when floods affect the south end and the north end is dry, so it was good to see the flexibility [Thursday where] some schools were allowed to remain closed because of water problems and power.”

Because of the more severe effect of the ice storm on the north end of the parish, seven Tangipahoa Parish public schools remained closed Thursday while students and teachers at the other campuses resumed class post-Mardi Gras break.

On Friday, students attending all the north end schools were able to return with electricity, heat and water restored in the facilities.

“We know that any time when power is out too long and customers reach for that switch, they want the lights to come on,” said Entergy spokesperson David Freese. “We want that for them. We will continue to work safely and quickly for customers.”

Freese shed light on the reason outages lasted so long for some residents.

“This was a monumental task for us,” he said. “We’re not accustomed to this type of freezing temperatures in south Louisiana. It’s a little different than responding to a hurricane.”

With hurricanes, there is a cone of uncertainty, which allows Entergy to position crews right outside the impact zone and move them in quickly once the storm passes. The company was preparing since the latter part of last week and crews and contractors were on standby. However, it was difficult to determine the exact location of impact which was forecast for one-eighth to one-half inch of ice all across the area, he said.

“What we’re facing is cold-load issues,” he said. “We’re having to bring smaller amounts of customers on at a time rather than bring them all on at once to avoid putting strenuous demand on the electrical system, which could damage it further and make it extensively more.”

While Entergy is always investing in its infrastructure to ensure adequate supply, this was a unique situation that the South has not faced in a really long time, he said.

“From what data are showing, this Mardi Gras we had this week was the coldest Mardi Gras in 100 years or more,” he said. “This year is unofficially 1-degree from being the coldest recorded Mardi Gras ever.”

Heaters also take much energy to run than air conditioners, he said, and there is a difference in terms of electrical demand during the winter as opposed to the summer.

“In certain parts of south Louisiana, we have all electric homes [and] in order to heat them back up, it takes a lot of electricity,” he said.

Some Tangipahoa Parish may have also experienced the mandatory forced outage, which Entergy and other utility companies were directed to do by the Midcontinent Independent System Operator.

“During extreme weather events like this where we have freezing temperatures that remain for extended periods, they have to balance the electric load with the supply very carefully,” Freese said. “We had to initiate on Tuesday night, and it lasted for two hours approximately.”

“Essentially when MISO gives us the directive to load shed, we have to do it and do it quickly,” he said. “It’s necessary to avoid damaging the system greatly. It really is to avoid having long-term outages.”

By Thursday, Parish President Robby Miller said that as a whole Tangipahoa Parish was in good condition, but there were still some pockets in the Amite area having trouble and power outages where they had significant power line damage.

“It was very cold,” he said, adding that the main concern about ice buildup did not materialize except for a few hours Monday.

Miller said he had not been updated about any fatalities or serious conditions from which people had to be removed, but there have been some calls for homeless shelter type situations which were taken care of by non-profits.