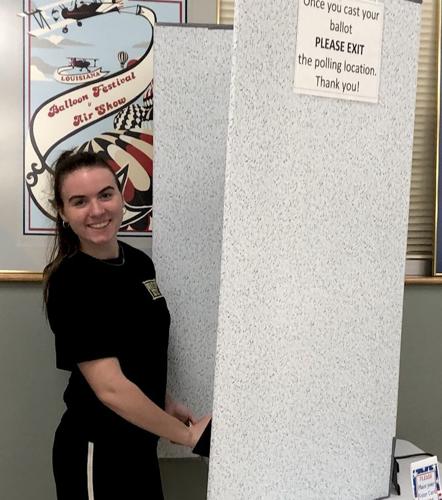 Irma Hyde of Ponchatoula votes for the first time during early voting at the Hammond substation earlier this month. 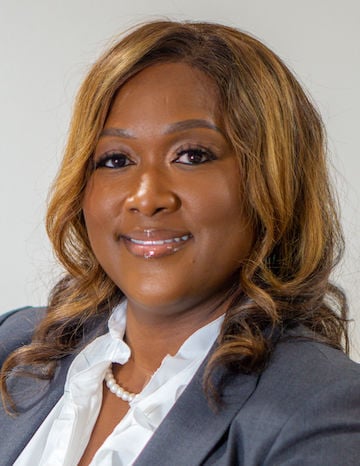 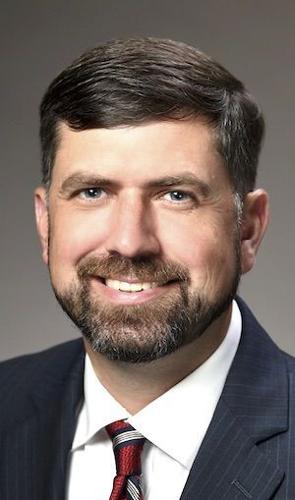 Early voting ended this past Saturday.

The candidates recently responded to questions related to some of the issues faced by the judicial system in the 7th Ward.

Both candidates running for 7th Ward judge have strategies to address the region’s crime rate, an issue that voters believe is worsening, with a perceived uptick in violence and drug use.

The 7th Ward City Court, located in Hammond, only handles adult criminal misdemeanor cases in which a judge can sentence defendants to six months of jail time at maximum.

Williams, a public defender and private attorney who works primarily with Hammond City Court, said her roots in Hammond and experience in the city court influence her three-pronged plan to curb crime.

“In order to tackle our crime problem, our next city court judge must know the people of our community, recognize the problems they face and be committed to even-handed justice,” Williams said.

He said he implements a system that tracks repeat offenders and allows him to “upgrade” their crimes to increase jail time.

He added that he intends to transfer domestic charges to the district attorney’s office quicker and more efficiently to more adequately protect victims of domestic crimes.

Williams said she plans to re-establish the Court Appointed Mentorship Program, an initiative started by the late Judge Grace Gasaway, whose seat opened when she died in June 2021.

That program paired young people in the court system with mentors who work in their field of interest to prevent them from becoming repeat offenders.

Under Williams’ direction, the program will give minors hands-on career training, a mentor who cares about their well-being, a goal to accomplish and something valuable to lose “if they go astray,” she said.

“I had the pleasure of serving as a CAMP mentor, so I am personally familiar with the benefits,” Williams said. “Such a program targets our youth and truancy, which happens to represent a large sector of our current offenders, and redirects their focus to something more productive.”

She plans to ensure pre-sentencing investigations into each offender’s background to ensure her rulings are constructive and compassionate.

“Our court should not only seek to punish offenders, but also to rehabilitate them, so that first-time offenders receive balance of the punishment and resources they need to avoid becoming repeat offenders. That is justice,” Williams said.

Additionally, she said she will partner with law enforcement, prosecutors, and the Tangipahoa Parish School System to track and fairly sentence repeat offenders.

Sledge described the juvenile crime rate in south Tangipahoa Parish as “an epidemic.” He plans to quash it by revamping the Families in Need of Services program for at-risk minors and their families. He too mentioned re-instituting CAMP.

“The FINS program needs to be back in schools so that teachers can help identify students that are in homes that need help,” he said. “I will also continue Judge Gasaway’s legacy of having a strong truancy court. When a family can’t meet the most basic task of getting a kid to school consistently, that is the first red flag that there is a serious problem in that home.”

Sledge said he will bring juvenile drug court to the 7th Ward “as soon as possible” through the FINS program to offer troubled youth “tools to help them become productive adults and not a drain on our system.”

“It is imperative for our community that we get troubled juveniles all of the help that we can offer at the earliest stage of their development so that they can productively contribute to our community,” he said. “I want to divert as many juveniles as possible from the adult criminal system.”

Williams agreed, adding that social and generational substance abuse adds to the crime problem and affects youth more pervasively and at younger ages.

“Through my tenure as Commissioner at Florida Parishes Juvenile Detention Center, I’ve learned that if we invest in addressing these issues earlier, the impact is greater,” Williams said. “That’s why, through Juvenile Court, I will identify those youth that are at risk for substance-abuse issues, pair them with resources aimed at treating and preventing drug use and add incentives such as diversion to reward successful completion of the program.”

To inspire a more timely court process, Williams said she will increase the number of court dates each month to accommodate business owners and working families.

The judicial seat is a part-time position, but Williams said she will retire from her private practice to devote her attention to the court full time.

“Though the city court boasts some of the most impressive technological advancements, access to court for many individuals is delayed,” she said. “[Retiring] will allow me to efficiently and effectively maintain the timeliness of all court dockets whether they be civil, small claims, evictions, juvenile, traffic or criminal misdemeanors.”

Sledge said he will add court dates to the docket and continue to offer online court sessions. Defendants can address tickets without having to request off work or leave their families.

“This more efficient docket allowed the court to eliminate court dates in the past,” he said.

“However, too many dates have been eliminated. We need additional court dates, not necessarily to address the case load, but to allow people before the court to have their hearings heard in a timely manner.”

Sledge said he plans to hold court every week to eliminate unnecessary delays, as many cases are time-sensitive.