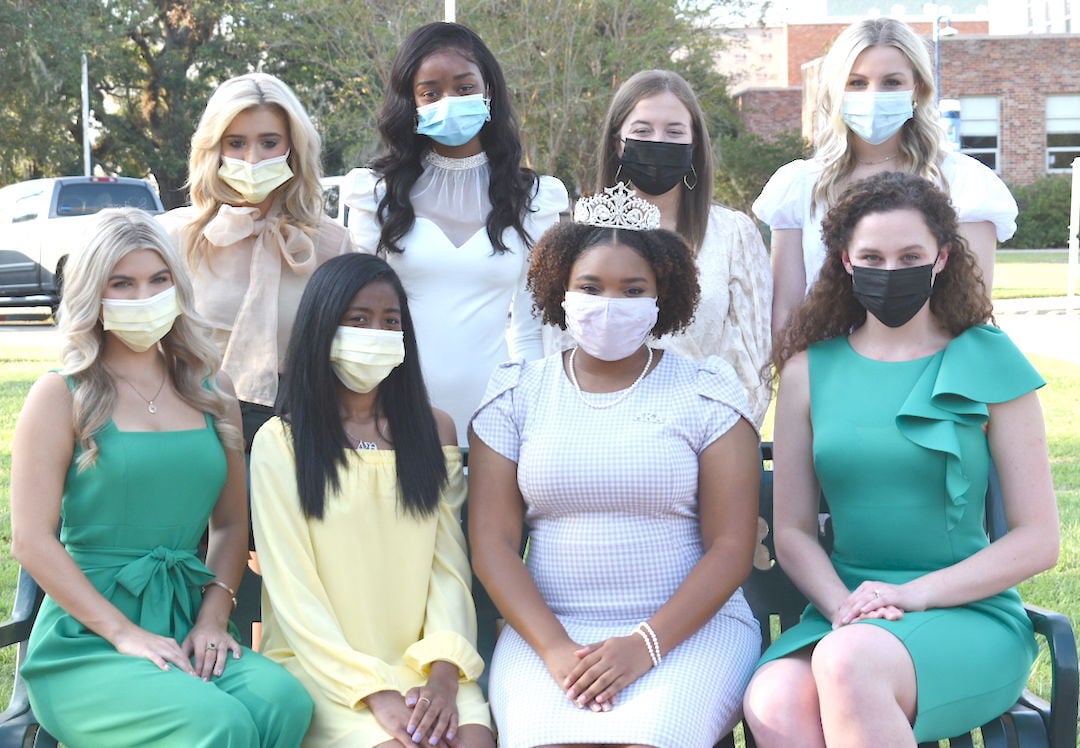 Members of the 2021 Southeastern Louisiana University Homecoming Court are, from left, front row, Catherine Wooton, L’Oreal Williams, 2020 Homecoming Queen Destiny Richardson, and Sydney Rivers; and in the back row, Kami Aguilar, Darianna Bergeron, Annabella Seal, and Ashley Hess. The 2021 Homecoming Queen and King will be announced at halftime of the Southeastern football game Saturday versus Houston Baptist. 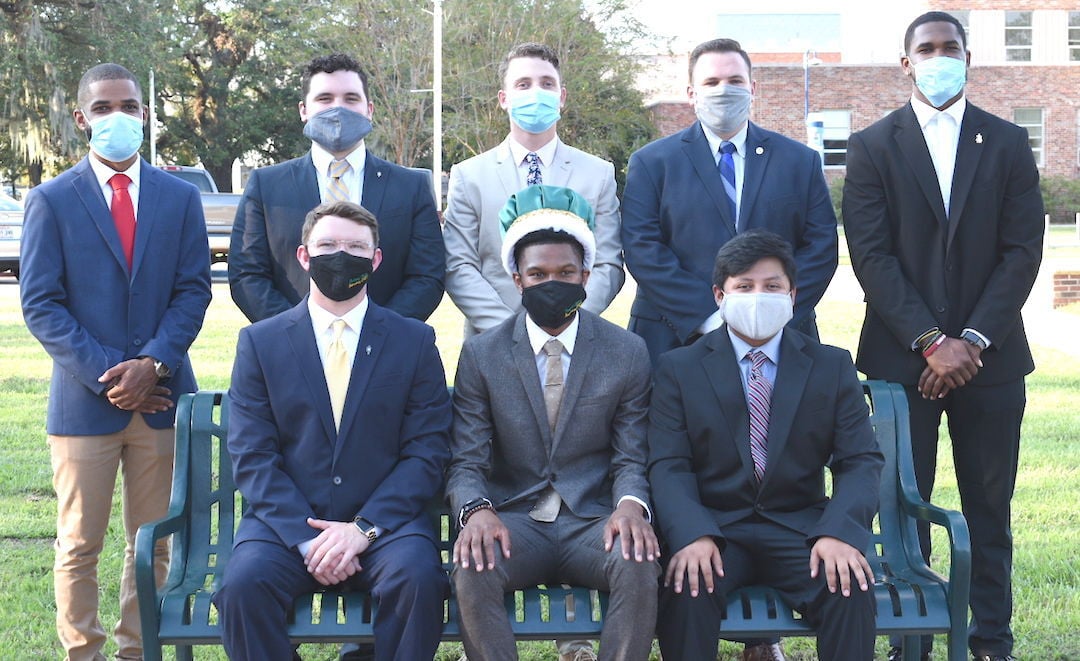 Members of the 2021 Southeastern Louisiana University Homecoming Court are, from left, front row, Catherine Wooton, L’Oreal Williams, 2020 Homecoming Queen Destiny Richardson, and Sydney Rivers; and in the back row, Kami Aguilar, Darianna Bergeron, Annabella Seal, and Ashley Hess. The 2021 Homecoming Queen and King will be announced at halftime of the Southeastern football game Saturday versus Houston Baptist.

The 2021 queen and beau, the top junior or senior vote-getters in the recent online campus election, will be announced Saturday.

Aguilar, a marketing major, is a member of Alpha Omicron Pi, vice-president and co-founder of Sexual Violence Unmasked and was selected as a member of Sigma Tau Gamma’s White Rose Court for two years and White Rose in 2020-21.

Bergeron, an integrated biology pre-med major, is a member of Alpha Kappa Alpha sorority, member and mentor with Project P.U.L.L., a 2021 Orientation Leader, a resident assistant, honors mentor, recipient of the Heart of a Lion award and Dean’s List student.

Rivers majors in nursing and is historian of Alpha Omicron Pi sorority, member of Nursing Christian Fellowship, Sexual Violence Unmasked and Baptist Collegiate Ministries. She is a former captain of the women’s basketball team.

Seal, a communication sciences and disorders major, is chapter president of Alpha Omicron Pi sorority, was recipient of the Pearl Award, is a former Panhellenic delegate and is a member Gamma Beta Phi and Sexual Violence Unmasked.

Williams, pursuing a double major in business management and marketing, is a member of Delta Sigma Theta sorority, is in her second term as president of the Student Government Association, was a 2019 Orientation Leader and is the University of Louisiana System Board of Supervisors’ Student Board member. She was the Southeastern 2021 Woman of the Year and received the Vice President Award of Excellence and the Green “S” Award.

Wooton, a criminal justice major, is growth vice president of Alpha Sigma Tau sorority, member of the Pre Law Association, president and co-founder of Sexual Violence Unmasked, and was the first runner-up in the 2021 Miss Southeastern pageant.

Hess, a nursing major, is secretary of Alpha Omicron Pi sorority, was selected as a 2019 Panhellenic Emerging Leader, is a member of Best Buddies, president of the College Panhellenic Council and is a Greek Ambassador, serving as vice president of educational events.

Ballard, a marketing major, is a member of Campus Outreach and vice president of Delta Tau Delta fraternity. He was named the 2020 Southeastern Man of the Year and received the Green “S” Award.

Cowart, an integrative biology major, is a member of Campus Outreach, Delta Omega Alpha Pre-Professional Society, Biology Undergraduates Society, and is president of Delta Tau Delta fraternity. Cowart is a 13 Club member and made the President’s List every semester.

Deliberto, a marketing major, is a member of Delta Tau Delta fraternity, Greek Ambassadors, and the Southeastern Marketing Association. He is the 2021 Fraternity Man of the Year, is a three-time Green “S” Award recipient, and received the Vice President of Student Affairs Award of Excellence.

Hunter, an accounting major, is a College of Business Ambassador, a Project PULL mentor, and vice president of National Association of Black Accountants. He is also the recipient of the Emerging Leader Award.

Williams, a mechanical engineering technology major, is president of Kappa Alpha Psi fraternity, a member of the Black Student Union, a mentor for Project PULL, and vice president for fraternities for the National Pan-Hellenic Council.

Zeringue, an accounting major, is a member of Campus Activities Board, serving on the executive board from 2019-20. He is a member of the Southeastern Running Club and Alpha Psi Omega, was a 2019 Orientation Leader, member of the 2019 Homecoming Court and 2020 President’s List scholar.

Poché, a social studies education major, is a member of CAB, director of traditions at SGA, member of Educators Rising, and ExCel Scholars, an Honors Mentor and was a member of the 2020 Homecoming Court. He received Sophomore Honors Distinction and received the Dr. Marvin L. Yates Award of Excellence.