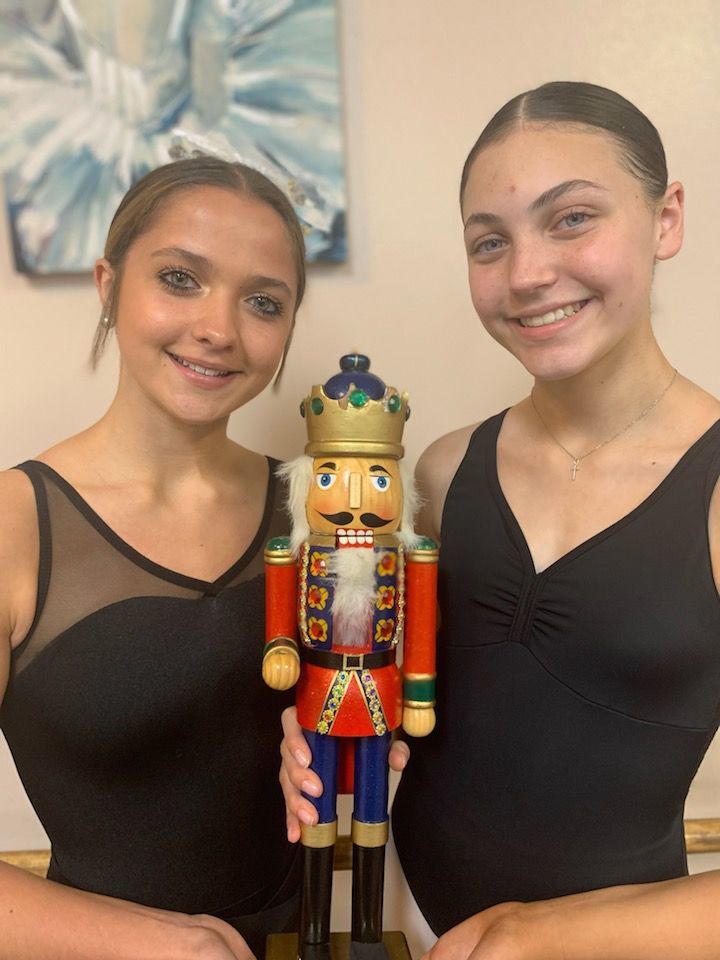 Olivia Steffen and Isabel Flores will dance the role of Clara in the Hammond Ballet Company’s 25th production of “The Nutcracker” the first weekend in December. 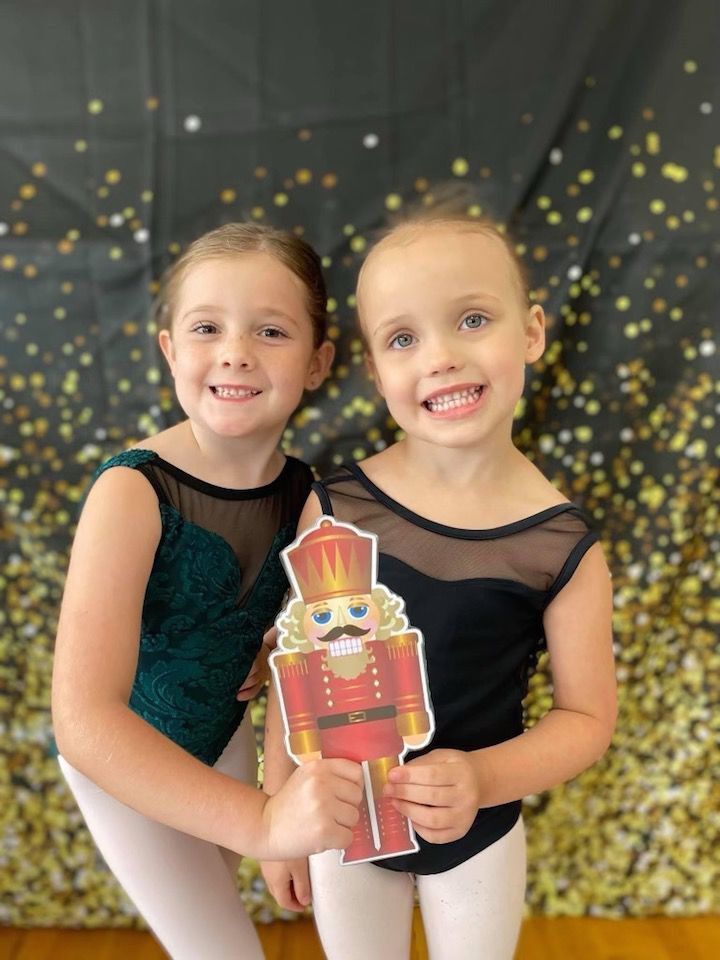 Hattie Linn and Londyn Himel stand together during auditions, excited for the Hammond Ballet Company’s 25th production of “The Nutcracker.”

Olivia Steffen and Isabel Flores will dance the role of Clara in the Hammond Ballet Company’s 25th production of “The Nutcracker” the first weekend in December.

Hattie Linn and Londyn Himel stand together during auditions, excited for the Hammond Ballet Company’s 25th production of “The Nutcracker.”

With the Columbia Theatre’s main auditorium damaged, Hammond Ballet’s annual performances of “The Nutcracker” will temporarily move to The Dunham School in Baton Rouge.

The Dunham School, a private school with an arts center auditorium, has a stage comparable to that of the Columbia Theatre, just a little smaller. The auditorium can seat 640 guests, which is nearly 200 less than the production is used to having.

Behind the scenes, the Dunham theater cannot accommodate some technical aspects that the Columbia Theatre allowed, but Jeanfreau said this is being worked through.

The Hammond Ballet Company holds “The Nutcracker Ballet” the first weekend in December.

In the search for an alternate theater, organizers ran into challenges.

Jeanfreau stressed that Tangipahoa Parish does not have many theaters to begin with, and everyone they contacted had hurricane damage, no availability or COVID restrictions.

Not just any theater could work.

Linda Ross, Hammond Ballet treasurer, said a particular kind of stage is needed for this kind of dance performance – something bigger than that used for a typical dance recital.

The stage’s size and surface are important for a ballet performance, as well as for the three different scene backdrops and snow falls to be hung from the ceiling, said Ross.

“We will have to adapt some things,” she said. “We are accustomed to the Columbia with how we get props there, how props are stored and how props get on and off the stage.”

Space is necessary for dancers to wait in the wings when leaving and entering, as well as for snowflakes, which flutter quickly across the stage from different sides in different groups, she added.

As of now, the production has not lost any cast members sure to the change in venue. Directors are working with performers’ normal rehearsal schedule while trying not to bring the children performing to The Dunham School during the school week.

To help with the commute, performances will be twice on the same day, Jeanfreau added.

Since the ballet is no longer part of this year’s Columbia Theatre season, tickets will be managed differently.

When part of the season, the ballet is a booked act, with tickets sold by the Columbia which keeps the profits. This year, the Hammond Ballet company will rent the Dunham facility and therefore will be in charge of managing own ticket sales and seating, Ross said.

“We are hoping it does not affect our ticket sales between family members and the community,” Jeanfreau said.

This will be the Hammond Ballet’s 25th anniversary of performing “The Nutcracker Ballet.” It was initially performed in the Vonnie Borden Theatre at Southeastern Louisiana University.

The first show, which was directed by Janet Neyrey, was only the second act of the ballet, and props were borrowed. In 2003, “The Nutcracker Ballet” moved to the Columbia Theatre, where it has been performed ever since. Over the years, it has evolved to a full professional production with a real Chinese dragon from China. The ballet company also now owns two of the three backdrops. Depending on budget and local talent, professional dancers are hired to perform some main roles, such as the Sugar Plum Fairy and the Nutcracker Prince, said Ross.

Last year, the ballet faced challenges because of COVID-19 restrictions in the Columbia Theatre, which limited audience sizes to 75 people. There were parents who did not get tickets, but the performance was also streamed, she said.

“It has been a rough two years,” Jeanfreau said. “We were hoping with this being the 25th year, that things would go a little smoother; the hurricane did not help with that.”