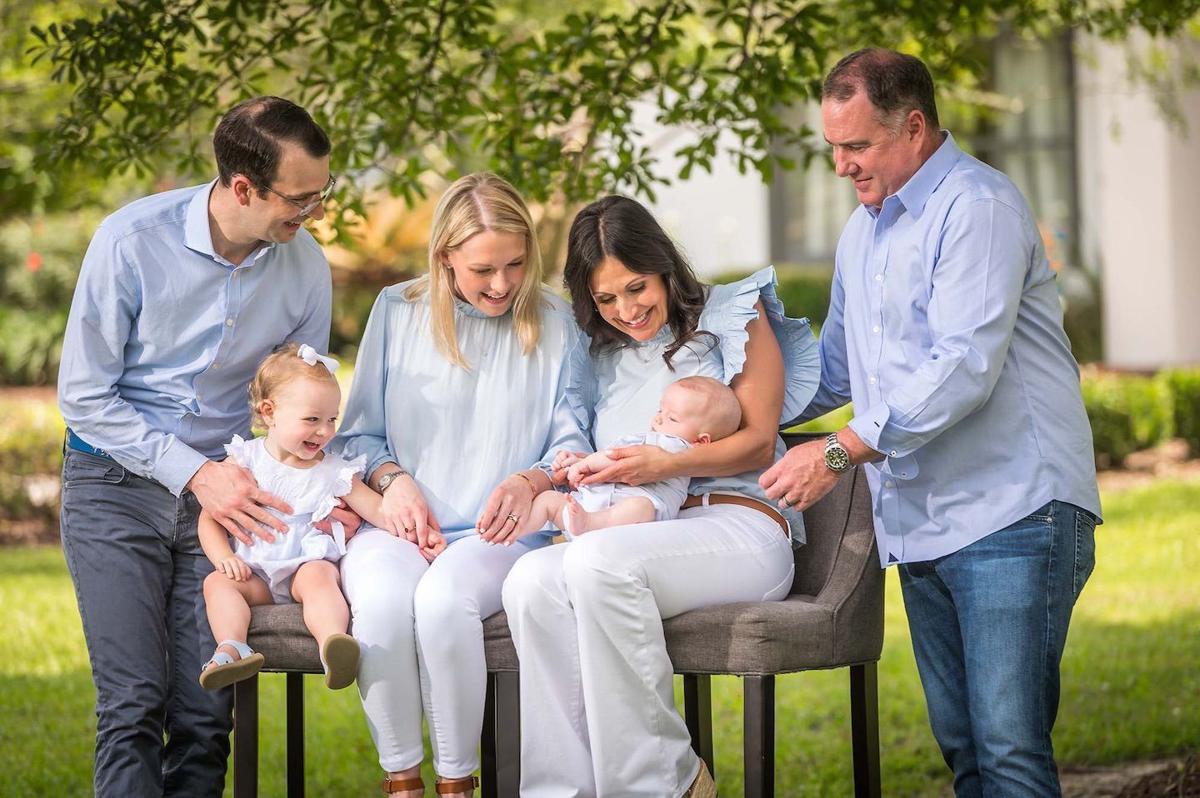 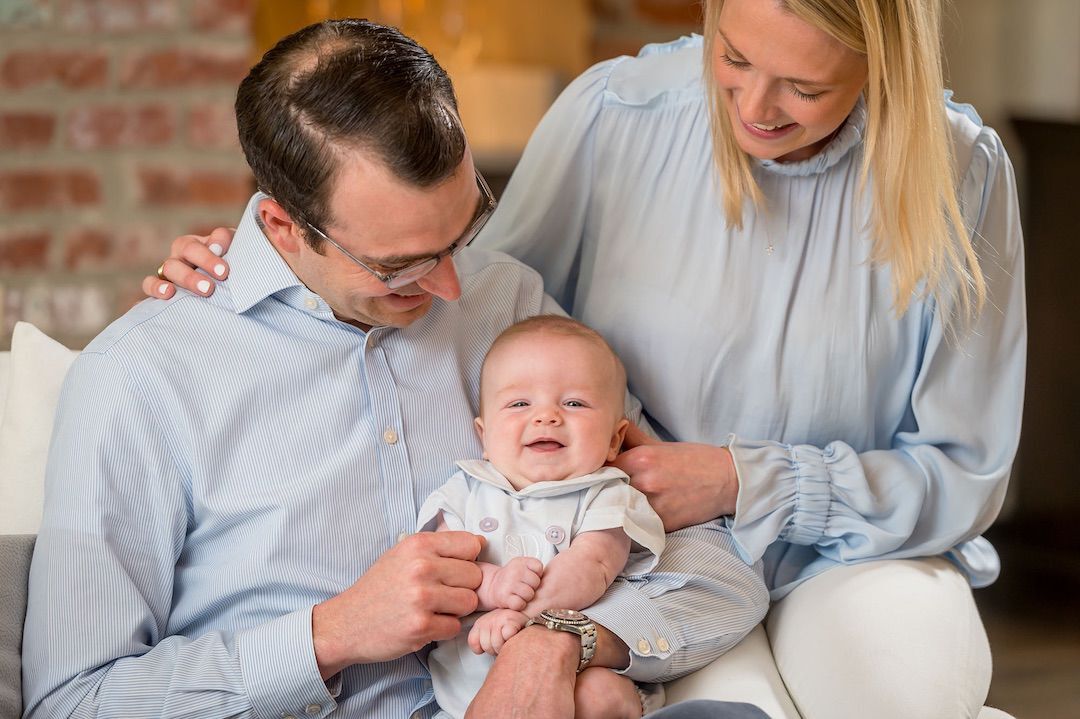 HEALTHY AND HAPPY – Tyler and Lila Daniel hold their son, Sadler, who was expected to be born in March but arrived unexpectedly in January.

HEALTHY AND HAPPY – Tyler and Lila Daniel hold their son, Sadler, who was expected to be born in March but arrived unexpectedly in January.

Planning for the arrival of a new baby is often very structured and ordered. Bags are kept packed, contact numbers of the entrusted provider and birthing facility are kept close at hand, and relatives and friends remain on high alert as everyone eagerly awaits the “big day.”

Earlier this year, Tyler and Lila Daniel of Covington were planning for the arrival of their second child in a similar manner.

“Lila is an organized person,” Tyler said. “She planned our daughter’s birth to a T, and she had planned this second birth to a T – so much so that she allowed me to go on a ski trip.”

After all, her due date was a comfortable five weeks away, and she was scheduled for cesarean delivery March 1. She was considered high-risk due to having a bicornuate uterus, which means it is heart-shaped rather than the usual pear shape. This condition predisposed Lila to the risk of going into early labor.

“I carried our daughter Stella to term, so I was not overly concerned,” Lila said.

Even in Tyler’s absence, Lila remained calm as they were staying with her in-laws, Tasha and Lane Daniel, while their new home in Covington underwent renovation. She found comfort in the fact that her mother-in-law Tasha is a registered nurse and certified lactation consultant with 30 years of experience working in Women & Children’s Services at North Oaks Medical Center in Hammond.

At 11:30 the night of Jan. 31, Lila began to feel nauseated. Somewhere between 11:30 and 11:33 p.m., she found herself in the bathroom when she experienced a fall that woke up the entire house and very possibly saved her life and that of her unborn child.

Lane Daniel said the sound of a thud woke up Stella, and the dogs began barking.

Lane and Tasha dashed upstairs and discovered Lila lying on her left side, pale, weak, clammy and in obvious distress. In the intervening minutes, her condition worsened, leaving her disoriented and with rapid blood loss becoming apparent.

Tasha quickly recognized the warning signs that Lila’s life and pregnancy were in jeopardy, and time was of the essence.

Although the birth plan involved a different hospital, Tasha knew she had to get Lila to the closest birthing facility, which happened to be North Oaks Medical Center. She alerted the North Oaks team that they were on their way.

“As soon as they got me in the car, I just remember lying on my left side trying to make the baby move a little bit,” Lila said.

She remembers trying to calm down Tasha and praying over the phone with her mother, Terri Nelson, who was in Florida.

“My dad had passed away 12 years ago, and I firmly believe that my parents were our guardian angels or ‘cruise control’ getting us to the hospital,” she said.

The drive took 13 minutes. When they arrived at the emergency entrance at 11:54 p.m., a transporter was waiting outside to ferry Lila to Labor & Delivery while all the information needed to admit her to the hospital was gathered along the way.

At the Labor & Delivery Unit, Lila met Obstetrician/Gynecologist Brian Ashford, M.D., for the first time. He determined Lila had experienced placental abruption, a condition which the shape of her uterus predisposes her to where the placenta can pull away from the uterus. This can cause internal bleeding and dangerously low blood pressure.

While the baby’s heartbeat was readily detected, incidents of placental abruption also can prevent the baby from receiving life-giving oxygen. This fact and Lila’s extreme loss of blood prompted Ashford to call for an emergency cesarean section.

The following minutes remain a blur to Lila, although she does remember insisting on moving herself to the operating table, preparing to receive an epidural as she did with her daughter’s birth.

“They said, ‘Oh no, we’re sorry. We’re going to have to put you to sleep for this’,” Lila said. “So the last thing I remember is them preparing to intubate me, but I knew it was going to be OK. I was in good hands.”

“Obviously this was not her plan,” said Labor & Delivery Staff Registered Nurse Nicole Kling. “She asked about the possibility of her doctor getting there, if there was time to wait for her husband or get the cord blood retrieval kit from home. I had to explain that this was a very emergent situation and that we had to do what we had to do to save her and her baby.

“I held her hand and reassured her that I would stay by her side and that Dr. Ashford was so, so good at his job and was going to take very good care of her and her baby before she went under sedation.”

Less than an hour after Lila’s fall and one minute later, baby boy Sadler Daniel was born Feb. 1 at 12:19 a.m. weighing 5 pounds, 13 ounces but quite weak and literally clinging to life.

“He was very pale, very limp – just lifeless,” said Tasha, who was in the delivery room as Lila’s support person in Tyler’s absence. “I knew he was going to have to be resuscitated and what they were going to have to do to bring him back to life.

“I’ll never forget that scene and just not knowing if he was going to make it from there. I left the room and just waited patiently outside and prayed until we knew the status of them both,” she said.

Despite their challenges, both mother and son were quickly stabilized by their care teams with Lila requiring blood transfusion and Sadler requiring admission to the Neonatal Intensive Care Unit where a full assessment was performed and he was placed on a ventilator and cardiac monitor.

“Sadler also was given IV fluids to help with resuscitation and cradled in an isolette incubator to help him maintain his body temperature,” said Neonatal Nurse Practitioner Dale Sanderson.

“From there, we take it day by day,” Sanderson said. “Our goals for Sadler are to be able to go home maintaining his body temperature independently, being able to nipple all of his feedings and breathing on his own in an open crib.”

Tasha informed her anxious husband Lane of the joyful news and left it to him to track down Tyler and let him know that his son had been born.

Close to 3 a.m. Utah time, Lane was able to reach Tyler. A shocked Tyler had lots of questions.

“The first thing that popped into my mind when I spoke with my dad was, ‘Where are you? What’s the hospital? Who’s the doctor? Who’s taking care of you?’” Tyler said.

“Once the news sunk in, you can imagine the range of emotions,” Lane added.

Tyler quickly arranged a return flight to Louisiana, arriving at the hospital around 2:30 p.m. on his son’s birthday.

NICU stays can be short or extended depending on the level of prematurity.

During Sadler’s NICU stay, Lila was able to room in at the hospital after her discharge to remain close to him. In two weeks’ time, Sadler met his goals and was ready to go home with his parents and meet his big sister, Stella, for the first time.

“To see your wife and son together safe and getting the best care they possibly could is the most reassuring that you can ever ask for,” Tyler said. “At that point, you stop asking questions and just think about being grateful and realizing how lucky, blessed and fortunate we are that the stars aligned for Lila and Sadler to still be with us healthy and happy. I can never thank my parents and the North Oaks Women & Children’s Services team enough for saving their lives.”

“God had different plans for us,” Lila said. “He put us at my in-laws during the time we were renovating our house. It just so happened we were in the right place at right time, and my mother-in-law got us to the hospital.

“It wasn’t my doctor; it wasn’t my hospital. However, the care both Sadler and I received was absolutely amazing. If we were anywhere different, the outcome would have been very different. It was an amazing experience all around,” she said.

“In this case, going off script probably saved their lives,” Tyler said.