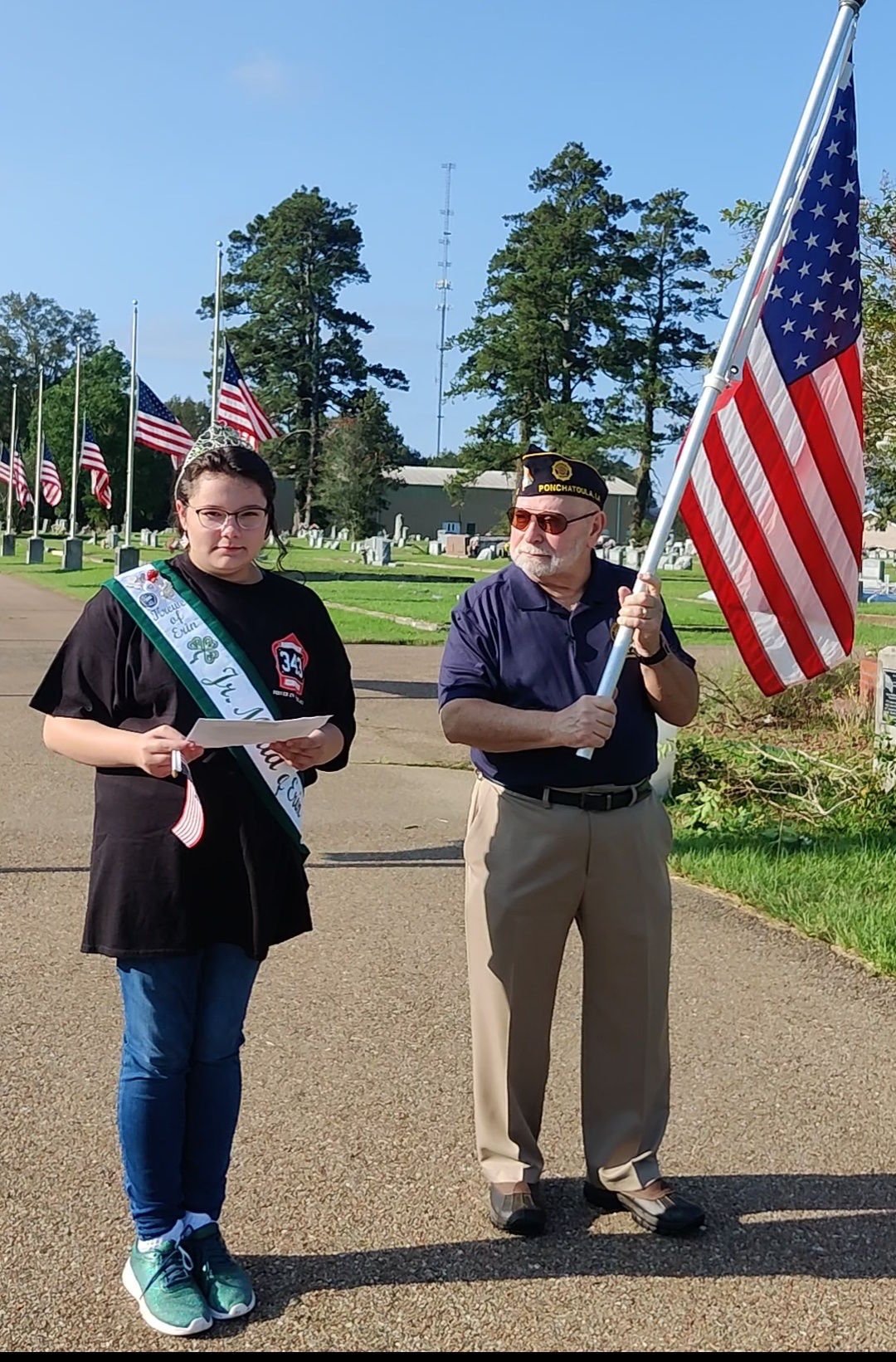 Krewe of Erin Jr. Maid Lilly Ingle and Veteran Jack Catalinotto conduct the Waving of the Flags ceremony honoring the fallen of 9 / 11 on the 19th anniversary of that fateful day. 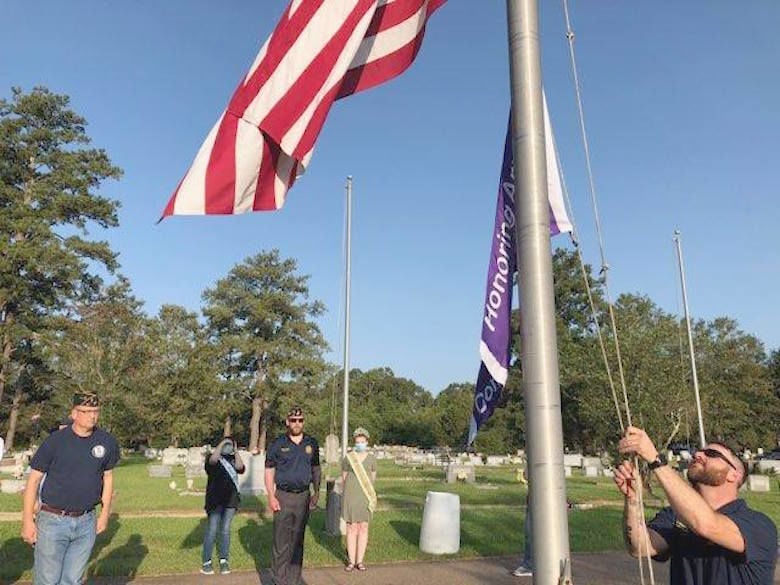 Krewe of Erin Jr. Maid Lilly Ingle and Veteran Jack Catalinotto conduct the Waving of the Flags ceremony honoring the fallen of 9 / 11 on the 19th anniversary of that fateful day.

American Legion representatives held a flag waving ceremony at Ponchatoula City Cemetery’s Avenue of Flags in remembrance of the 19th anniversary of 9/11.

After the raising of the cemetery flags, veteran Jack Catalinotto and Krewe of Erin Jr. Maid Lilly Ingle led the flag waving ceremony in conjunction with the national nonprofit Wreaths Across America.

The origin of the flag waving goes back to the “The Freeport Flag Ladies” in Freeport, Maine, who for 18 years after the attacks on 9/11, would wave flags every Tuesday morning on a hill in Freeport in remembrance of those who perished. Elaine Greene, Joann Miller, and Carmen Foote hoisted the flags for their last time on the 18th anniversary of 9/11.

The following week on Sept. 17, 2019, Wreaths Across America took the helm to continue weekly ceremony. The group invited organizations all across the country to join in this noble and patriot tradition.

Wreaths Across America is nationally known for placing wreaths on the headstones of fallen veterans at Arlington National Cemetery. The endeavor has grown to include over 2,200 locations across the country including Ponchatoula City Cemetery.

Ponchatoula American Legion Post #47 will also participate in the National Wreaths Across America Day on Dec. 19. Citizens are invited to sponsor a wreath to be laid in Ponchatoula City Cemetery for $15 at https://www.wreathsacrossamerica.org/LA0023P. Each sponsorship goes toward a fresh balsam veteran’s wreath that will be laid on the headstone of a local American hero in this endeavor to honor all veterans laid to rest across the nation.