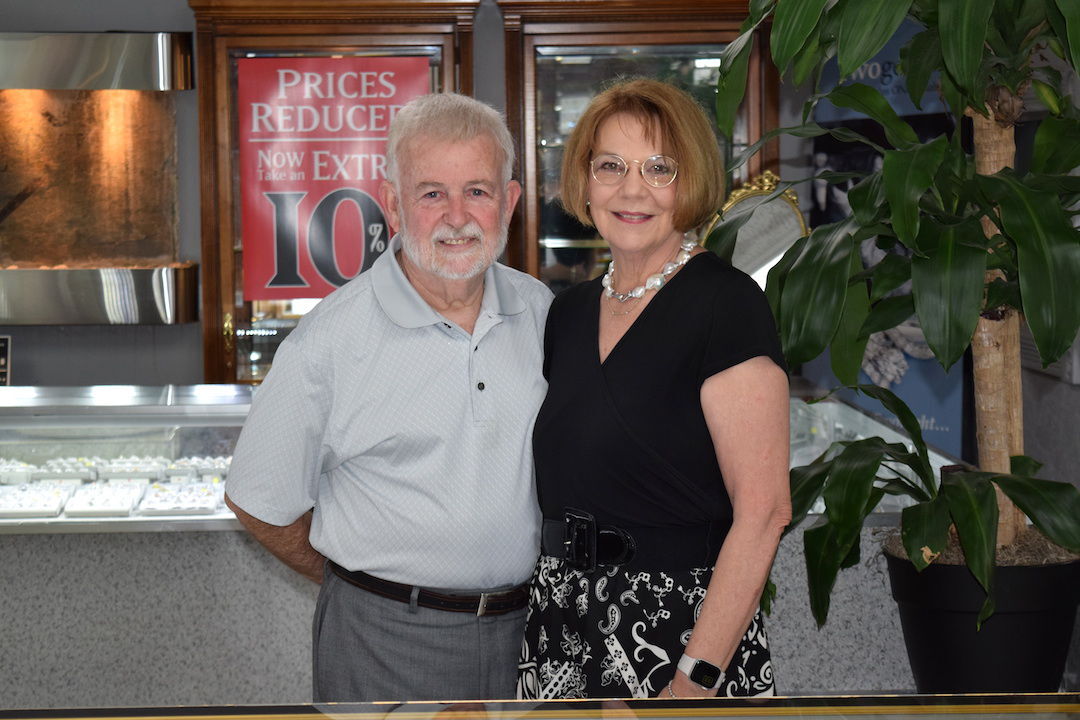 George and Yvonne Ibert are retiring and have started the process of closing George Ibert Jewelry and Gifts after 26 years of business. 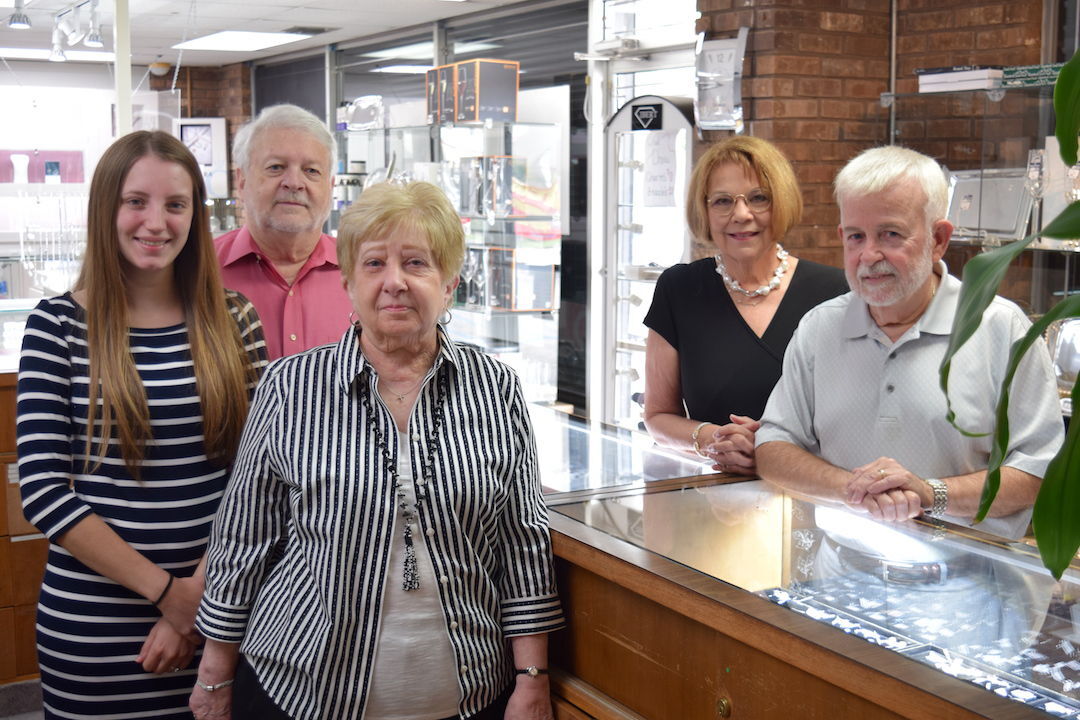 George and Yvonne Ibert stand with some of their employees, from left, Cali Sbisa, Davis Johnson and Anita Sullivan. Yvonne says their employees are their greatest asset. 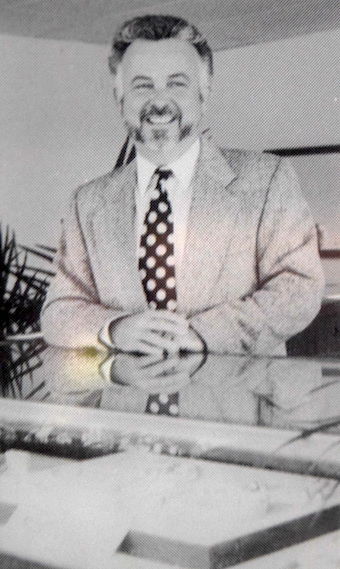 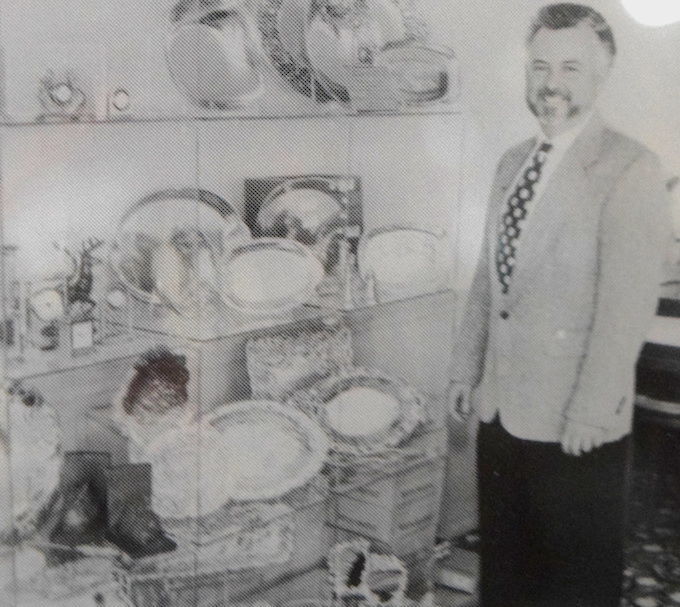 George Ibert stands in this photo from the ’90s that was taken for the celebration of George Ibert Jewelry and Gifts’ grand opening.

George and Yvonne Ibert are retiring and have started the process of closing George Ibert Jewelry and Gifts after 26 years of business.

George and Yvonne Ibert stand with some of their employees, from left, Cali Sbisa, Davis Johnson and Anita Sullivan. Yvonne says their employees are their greatest asset.

George Ibert stands in this photo from the ’90s that was taken for the celebration of George Ibert Jewelry and Gifts’ grand opening.

Twenty-six years after opening a mom-and-pop jewelry store together, lifelong Hammond residents George and Yvonne Ibert have decided to retire and enjoy their golden years together.

The business duo and married couple of 51 years will close George Ibert Jewelry and Gifts this summer. George Ibert accomplished his goal of celebrating 50 years in the jewelry business last October. A plan to retire in conjunction with the 50th anniversary was pushed back to the spring because of the pandemic.

“Yvonne and I have worked side by side since she entered the business in ’81, and in ’95 when we made the decision to work in this store, we worked even closer together and we built it one year at a time,” George said. “And, it’s been very good, but because we’ve done everything else together, we decided we wanted to close it together. It just seemed to be the next natural step.”

Being extremely hands-on with the business’ daily activities, they did not feel they could just turn it over to someone else.

“We each had our different responsibilities, talents and respect for what the other person did, and we have just known through the years where my weaknesses are, his strengths are, and whatever weakness he had, I was strong,” Yvonne said. “And, together we just became a good business team. It has been extremely rewarding.”

Because they own their own business, the transition to retirement is a longer process, which the they have already begun. Ibert’s will remain open as inventory dwindles. The store is still taking in regular repairs, giving customers the opportunity to bring items in before the doors are closed for good.

Yvonne equated the process of closing the business to what they had to do to start it up.

She joked that the hectic-ness has made it seem like they are on week 7 of the Christmas season.

George and Yvonne have been discussing their exit for the past three years as that personal 50 years milestone neared. George said it came on them so fast, that when it was finally here, he felt at peace that it was time.

This was a joint decision, as are all of their decisions, he said.

“When you do something for 50 years and it puts you at a different age level, your body is telling you you need to pull back,” Yvonne said. “Everyday is a new challenge, and it’s fun and exciting and rewarding, but it is also very tiring.”

Retail is very physical and mental, and it uses every sense – visual, creative, business, personal and people skills, she said.

Most of their travels have been in conjunction with show trips for the business, so now they will have a new freedom.

“To have unlimited time is going to be a novelty,” Yvonne said.

Their family is looking forward to them being able to enjoy the holidays, instead of being tired after a busy Christmas season.

“My daughter told me yesterday: ‘I am just so proud of you and mom.’ How many people can choose a life-long career that provides a good standard of living, provided education for both of our children, and now we’re able to exit it with the fruits of our labor,” George said.

“Not many people can say that,” he said. “We have been very blessed.”

“We couldn’t have done it without employees and the community,” Yvonne said, adding that their greatest asset has always been their employees.

George Ibert has worked in the jewelry business since 1970. His wife joined him after spending time raising their children until they were in school. The couple opened George Ibert Jewelry and Gifts in 1995 on Southwest Railroad Avenue, where the store has remained ever since.

Two years later, they opened a second location in downtown hammond, but by 2000, the business had grown so that they felt it best to merge the two small locations into a big one at the original site.

George recalled that when they opened the store, it felt like they were filling a void left by the closing of another store where they had previously worked. Now, the void is opening again.

The Iberts have tried to maintain the level of service as it was done in the ‘70s, ‘80s and ‘90s, he said. The motto – professionalism and integrity and action – has guided their decisions.

“Business ethics is one of the biggest issues we’ve tried to focus on and maintain,” he said.

“Fifty years in the same small town doing the same thing, and of all the accomplishments we have, the biggest accomplishment is we walk out with our heads held high, and we have kept our customers at heart,” she said.

Numerous people have stopped by to say congratulations and thank them for all they have done. One couple, whose children George helped with engagement rings, came from Mandeville just to tell them goodbye.

While the outpouring of appreciation and love is very gratifying, it does not make it any easier, George said.

Yvonne said there are so many happy memories of having sold engagement rings.

One of the biggest joys, she said, has been the ability to support the community in donations to the university and hospice, as well as to health drives for children through donated auction items.

“We always believe in giving back to what comes our way, and that’s part of the people who come in with tears saying I don’t know who’s going to fill that void,” she said.

George stressed the closing does not reflect the economy or customer support. The business is not suffering from the pandemic and has been robust with a fairly good 2020, despite being closed for six weeks in the spring, he said.

The couple is aware of the rarity of their business, for many independently owned small businesses do not last as long as theirs has.

Yvonne said she does not take this for granted and appreciated the years of support from the community, as well as the support of people who have just discovered their business.