If you need to purchase a subscription.
You have permission to edit this article.
Edit
Home
Special Report
News
Sports
Business
A&E
Announcements
Obituaries
Opinion
Multimedia
Classifieds
Share This
1 of 6

Grounds are ready for a Field Day at the Hammond Research Station east of Hammond. 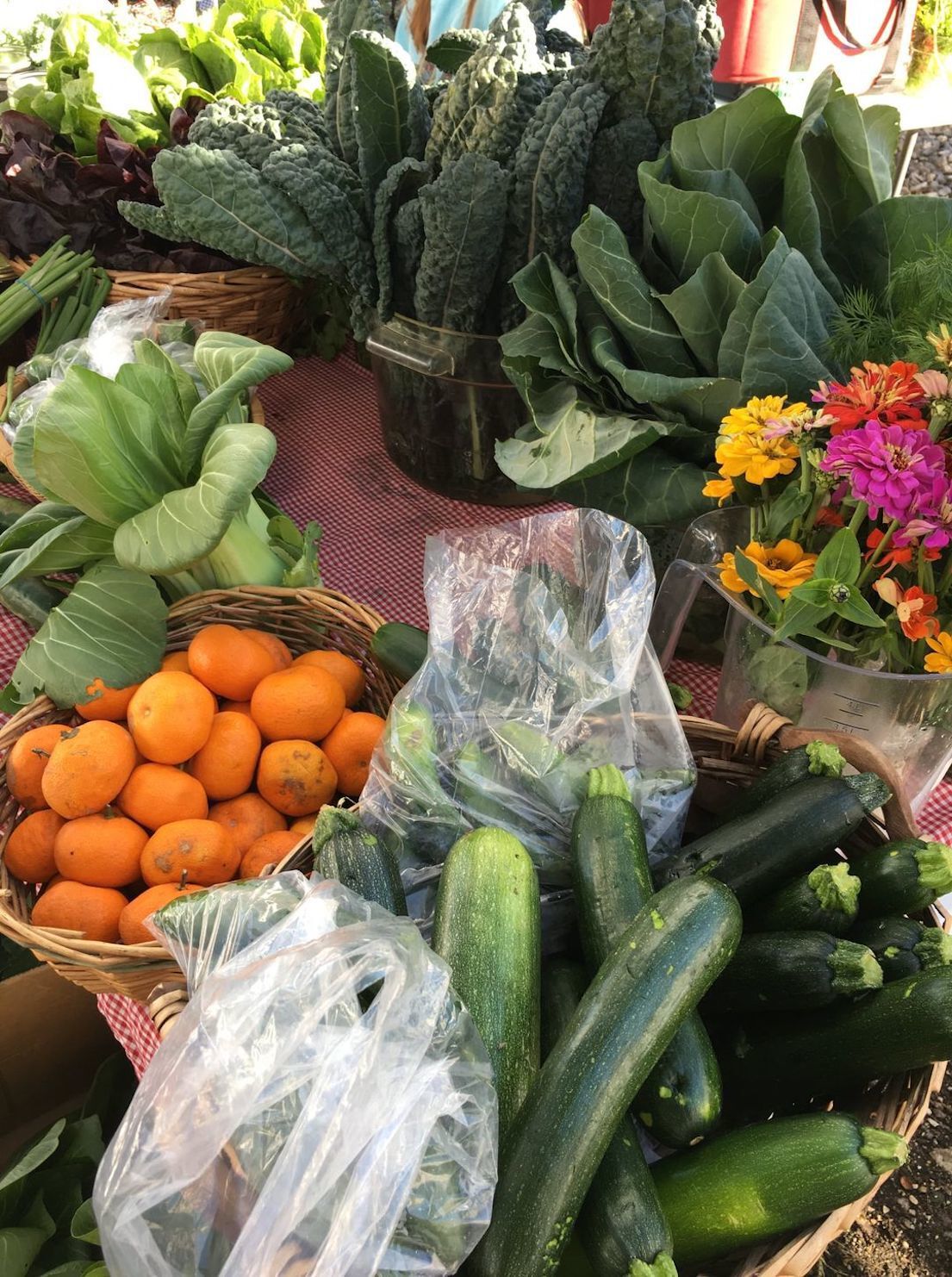 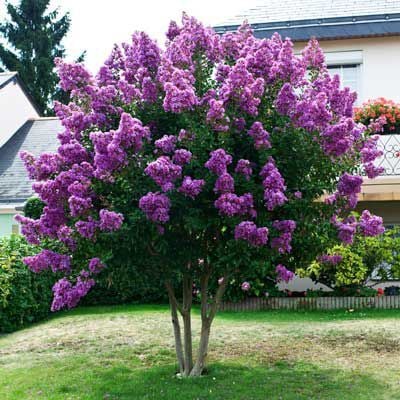 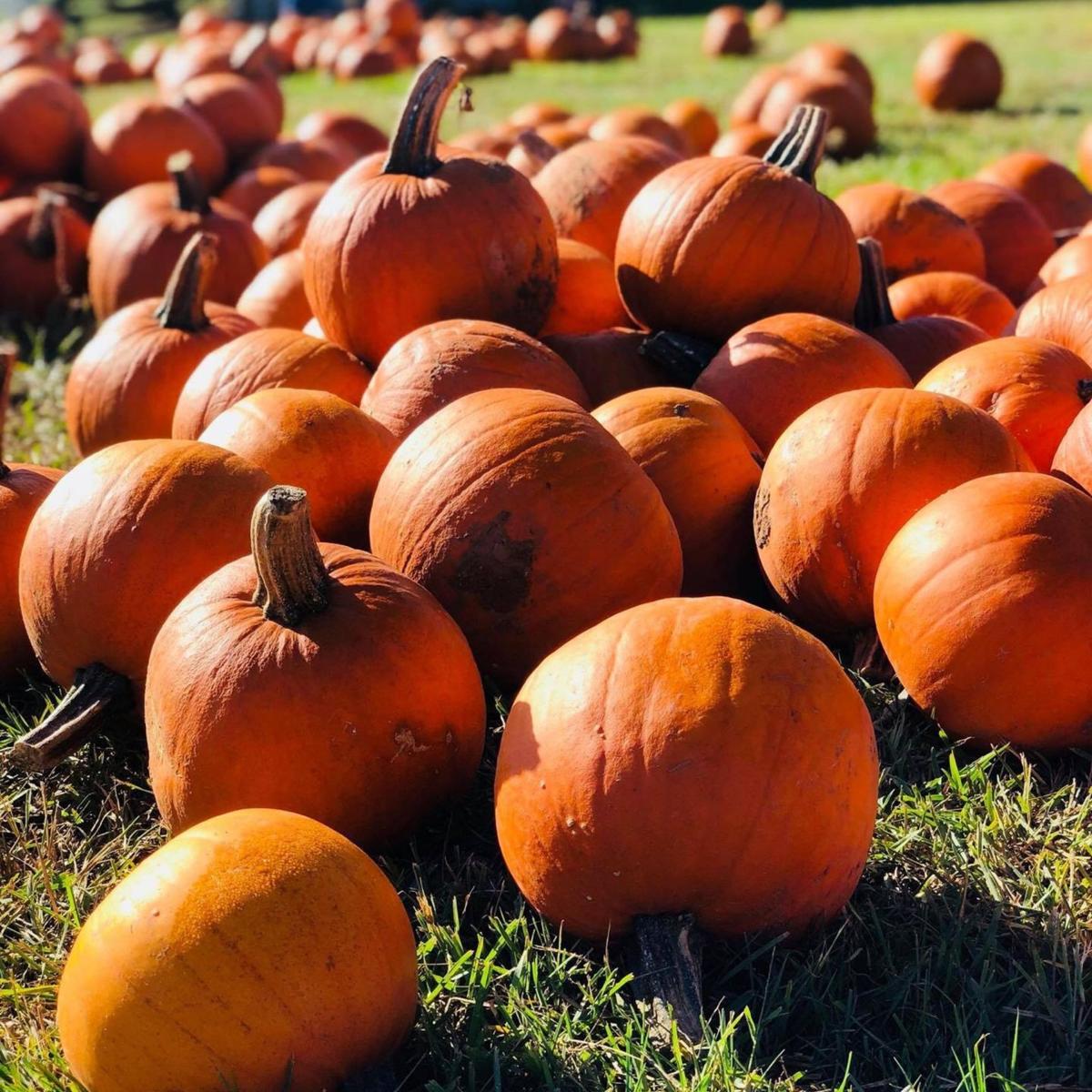 Mrs. Heather’s Pumpkin and Strawberry Patch is an agri-business and U-pick farm in the Hammond area. 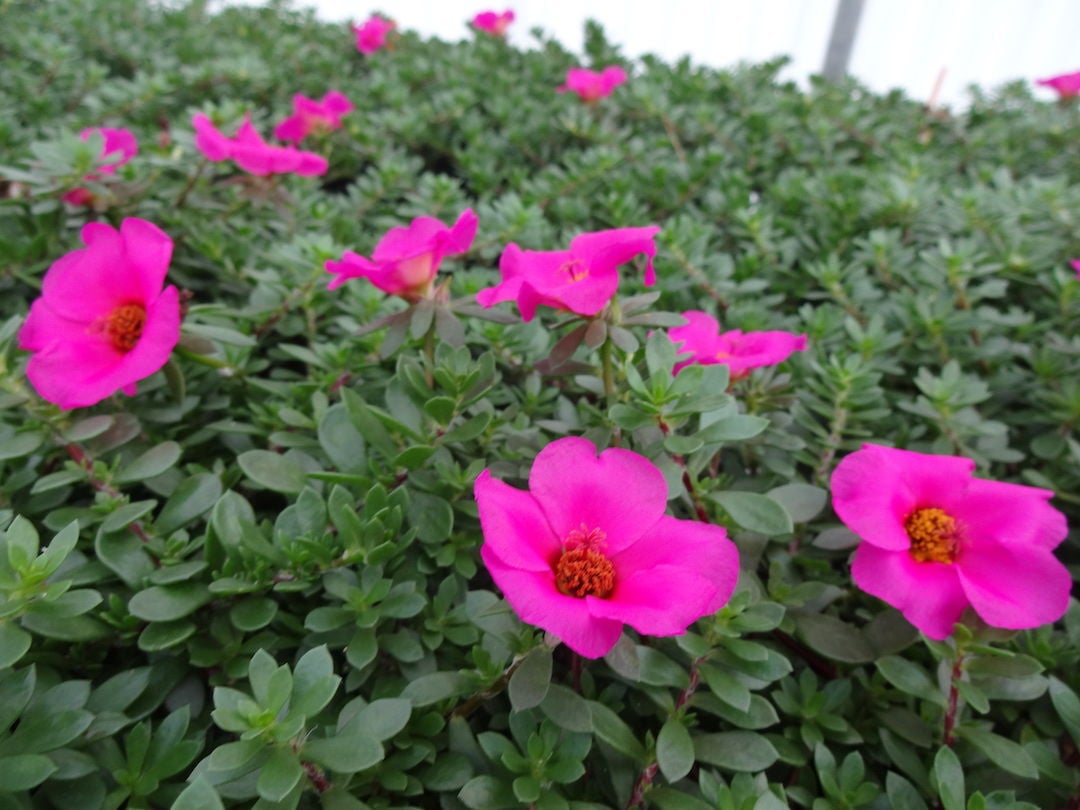 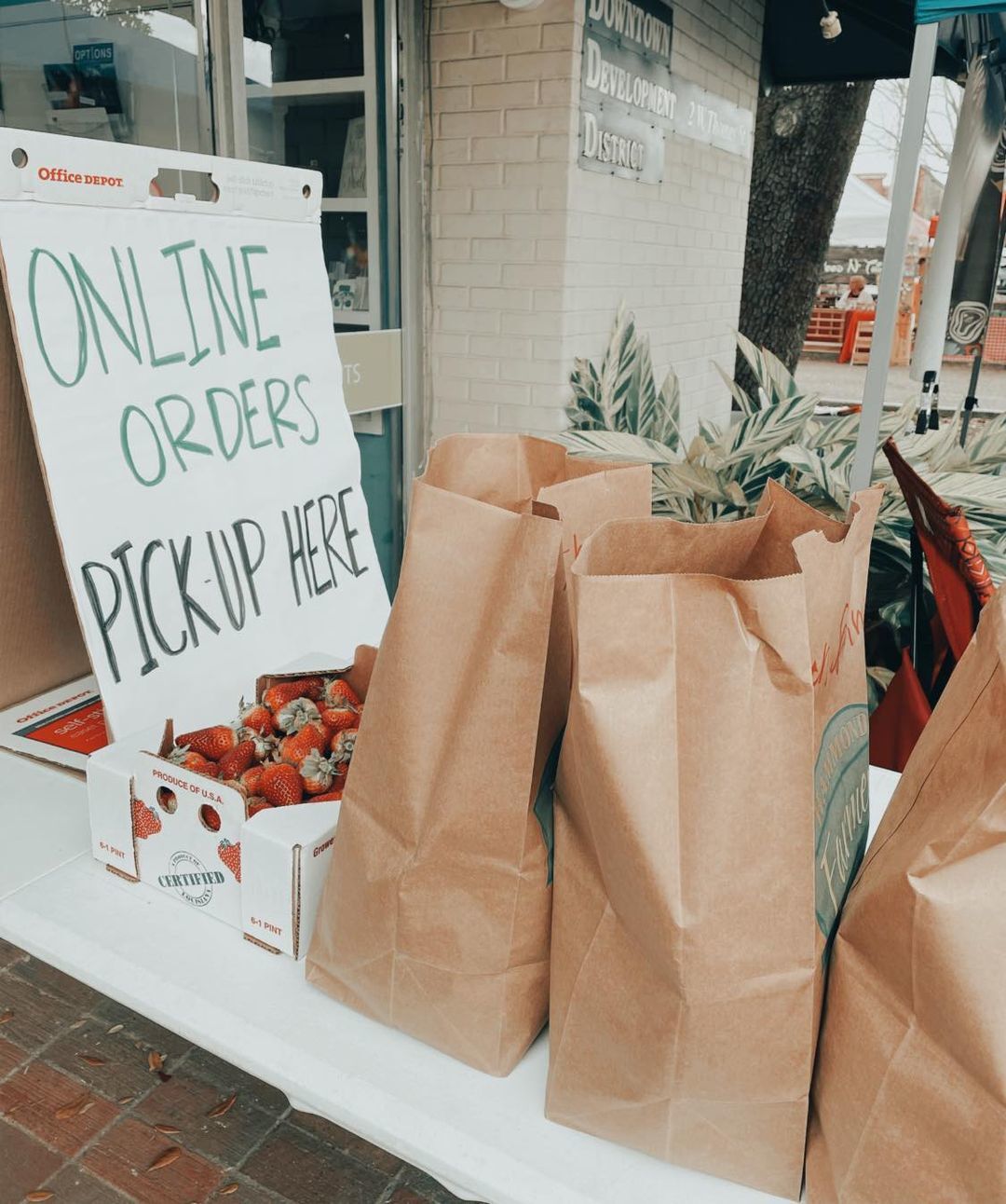 Grounds are ready for a Field Day at the Hammond Research Station east of Hammond.

Mrs. Heather’s Pumpkin and Strawberry Patch is an agri-business and U-pick farm in the Hammond area.

Tangipahoa Parish’s name reflects its agriculture heritage. The Acolapissa word “Tangipahoa” translates as “ear of corn” or “those who gather corn.”

While corn may have been a primary crop for the earliest inhabitants, not many generations ago, Tangipahoa was known as the “strawberries and cream parish” because of its proliferation of strawberry fields and dairy farms.

Outside the small “town and gown” railroad town of Hammond, the surroundings were a traditional rural lifestyle, with cows grazing in the pastures, chickens pecking in the barnyards and a lush mix of produce thriving year-round in the fields.

It was estimated that in the early 20th century there were over 10,000 acres of strawberry fields, whereas in 2018, the LSU AgCenter projected that under 200 acres were planted – a big decline for a crop that was named the Official Fruit of Louisiana in 2001.

Farming is not the way of life it used to be for most people of Tangipahoa, but look more closely. There’s still plenty of space for farming and agriculture here despite the residential growth and the lure of easier, more secure jobs.

A wide variety of farming continues here and – still with hard work, ingenuity and often just plain luck – it flourishes.

More than a few farms in Tangipahoa market fresh vegetables, fruits, meat and flowers to restaurants in New Orleans, across the Gulf Coast and even in Houston.

One of the largest and most diverse farming operations is the Liuzza family, whose forebears migrated here at least four generations ago.

With more than 400 acres in production, including 90 acres of strawberries, Liuzza Produce Farms near Tickfaw and Independence produces more than 500,000 packages of fresh produce annually, most of which are distributed to major grocery chains like Wal-Mart, Winn-Dixie and Associated Grocers. In a Landscape Magazine feature, Kevin Liuzza said seasonal crops can include strawberries, cabbage, tomatoes, watermelon, zucchini, squash, pumpkins and cucumbers.

The family has survived where others have not by diversifying into growing many different vegetables, opening produce stores, offering agri-tourism and an events venue, launching a successful restaurant franchise that has expanded into several states, and more.

Another large and diverse operation is Covey Rise near Husser. Its expansive vegetable farm provides to dozens of restaurants in several states as well as to individuals. Covey Rise also offers a hunting lodge, cabins, an event venue, youth camps, and more.

The floods of 2016 had left the Blahut family in Springfield ready to get out of strawberry farming, and Harris took the opportunity to lease their five-acre farm in Springfield. He also developed a relationship with Rouses Supermarkets, which were willing to market his berries.

Mexican farm workers, who picked the fields under J.C. Blahut, returned to the fields and taught him how to grow strawberries, Harris said.

“I love it,” he said. “I’m blessed because this isn’t my only business.”

At the Albert Poche farm in Independence, being good stewards of the land is the most important part of the operation.

“We are a sustainable operation,” Albert Poche told the LSU AgCenter. “We don’t use harsh chemicals, and we make our own fertilizer from seaweed.”

When he started the farm it was overgrown, he said, and he would cut a tree a day to get it into shape. He said he cut 75 trees.

“I started the farm as a way to leave a legacy for my family,” Poche said.

Will and Sandy Fleenor of Berry Hill Farm in Loranger grow grass-fed beef, new dairy products, veggies and herbs, blueberries, figs, breads, and dips. They are regulars at the Hammond Farmers Market on Saturdays.

Russell and Amelia Kent of Tangipahoa, who earned Louisiana Farm Bureau’s Farmer and Rancher Achievement Award in 2017, recognized the growing demand for grass-fed beef and began adding that to their operation to diversify. The grass-fed niche opened the gate to direct consumer sales, they said.

Iverstine Farms Butcher on Perkins Road near the Sprouts supermarket in Baton Rouge sells grass-fed beef, free of hormones and antibiotics, raised on its farm in Kentwood. The shop also works with several other farmers from the North Shore, Mississippi and nearby locations.

Compostella in Tickfaw is a certified organic vegetable farm specializing in salad greens. After apprenticing on organic farms in the Northwest, owners Madeline and Tim made their way down to New Orleans. Certified Organic since 2017, Compostella strives to minimize the inputs to their farm and to nurture the farm’s expressions as an individuality.

Red Maple Farm and Kitchen caters exclusively to the keto diet with probiotic food and drinks, and gluten and sugar free items including appetizers, snacks, meals and desserts. The farm is over 2000 square feet of raised beds that grow a variety of seasonal veggies and herbs, according to Hammond Farmers Market where the owner shares products with the community every Saturday.

Rick Webb and his wife Susan are owners of Louisiana Growers, a wholesale nursery in Amite that specializes in trees, shrubs, grasses and wildflowers native to the Gulf Coast. The business was established in 1988.

Bracy’s Nursery, located near Wilmer in the northeast corner of Tangipahoa Parish, has 250 acres dedicated to producing retail-quality plant material for independent garden centers and landscape contractors throughout the southern U.S.

At Mrs. Heather’s Farms in the Albany area, families can pick their own strawberries in the spring and pumpkins in the fall. The business offers numerous activities for children as well as adults.

Yawn Station Christmas tree farm in the Independence area offers families options to choose and cut their own trees. Field trips are currently not being offered due to the pandemic.

LSU’s Hammond Research Station was established in 1922 as the Fruit and Truck Experiment Station. Nestled in the woods six miles from the city of Hammond, the station covers about 150 acres and has traditionally served the strawberry and vegetable industries.

Today’s research focus is landscape horticulture, including plant selection, fertility, weed control and plant growth regulators. Scientists evaluate more than 500 ornamental plants per year and each spring and fall release a list of Super Plants that grow well in all parts of Louisiana.

Agriculture is flourishing in Tangipahoa Parish.

The nominating period for supervisor of the Tangipahoa-St. Helena Soil and Water Conservation District began April 1 and will continue through April 30, district officials said.