BEFORE – These two blighted properties at 2413 Center Ave. in Hammond were the center of discussion during Tuesday’s City Council meeting after a contractor, hired to demolish the blue one for the city, demolished the brown one instead. 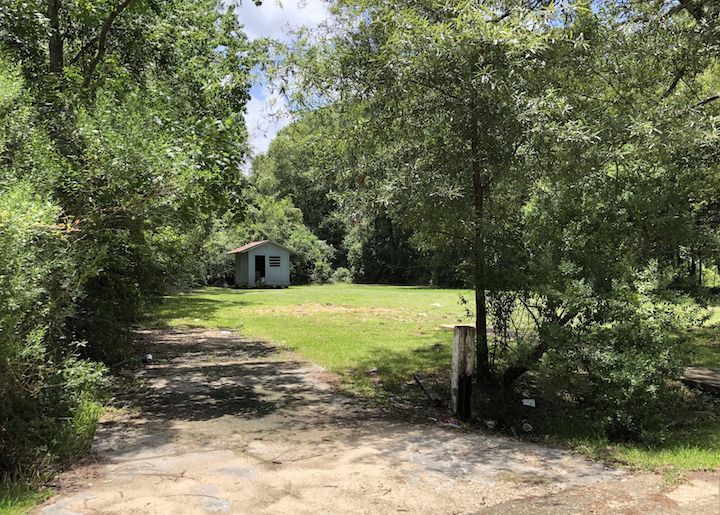 AFTER – Formerly blighted properties in District 4 are cleared, but confusion resulted in the wrong one being demolished before workers went back and tore down the correct one.

BEFORE – These two blighted properties at 2413 Center Ave. in Hammond were the center of discussion during Tuesday’s City Council meeting after a contractor, hired to demolish the blue one for the city, demolished the brown one instead.

AFTER – Formerly blighted properties in District 4 are cleared, but confusion resulted in the wrong one being demolished before workers went back and tore down the correct one.

Council members were hit with a contractor’s request Tuesday for payment on his work to demolish the wrong dilapidated house. They rejected footing the bill for his mistake.

A brown house and a blue house shared the same address on a District 4 property in the Lincoln Park neighborhood. However, the city had hired the contractor to tear down only the blue 89 percent damaged house. Despite being supplied a photo of the correct house, workers demolished the brown house before returning and demolishing the correct one.

“I’m stuck with the bill for tearing down a house for free pretty much,” said contractor Jamal Mosely.

He said the information he received about the demolition of 2413 Center Ave. was unclear and now he has invoices for work he did but was never paid for.

“I don’t know where they got the confusion that they should do the brown house,” Code Enforcement Officer Bobby Mitchell said.

It’s Mitchell’s understanding the contractor got a call from his competitor saying the photo was incorrect – which Mitchell denied. He said the confusion should have been brought to the City for clarification.

“It was his fault for listening to his competitor,” Mitchell said.

The brown house, which was torn down by mistake, was set to be torn down at a later date. Its owners were looking for a contractor in order to tear it down themselves.

City officials advised Mosley to see if the owners of the brown house will compensate him after the fact since he already did the work.

Mosely was compensated for the blue house’s demolition work.

Mosley said he had lost money on bids he had won but not actually received because the city officials decided to go back out for bids once they had a revised scope of work. He had already contracted workers and rented a storage unit when he was notified about the city’s plan to redo bids.

City Attorney Andre Coudrain said the expenses were incurred before a permit was given for the project and the discrepancies with the house he tore down were not clarified with the city.

Councilwoman Carlee Gonzales thanked the contractor for bringing these issues before the council but said the council cannot award him compensation.

City officials have been working on creating a checklist for contractors bidding on a demolition and the checklist is expected to be complete soon. Gonzales said she hopes this checklist will fix some of the problems that are happening.

The checklist specifies the scope of work and the different tasks that should be done during a property’s demolition and informs contractors when the work needs to be done, said Administrator Lacy Landrum.

No more demolitions set to start while the scope of work is being finished.

City officials are still studying some matters, such as potential for city liability if concrete or sidewalk is left broken after a demolition.

After a bid is awarded for a house, a pre-demolition meeting will be held with the contractor where the project’s address will be confirmed.

Work to tighten specifications for contractors bidding on demolition projects came after city officials became aware that concrete slabs were being left at sites.

Contractor Demetrius Carter complained that the city changed its expectations in the middle of work being done.