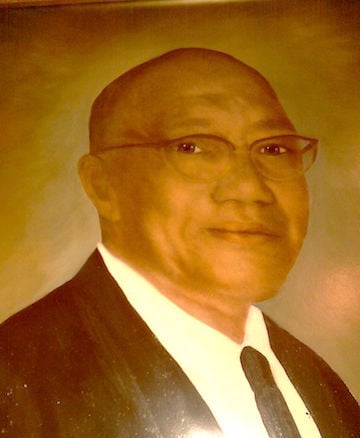 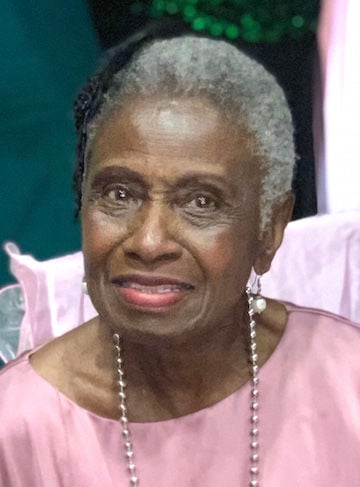 Three local Black residents who have had a positive impact on Hammond and the lives of its Black residents have been selected to receive the Wilbert Dangerfield Award of Excellence this year.

City Councilman Kip Andrews, who serves in the District 1 position held by the late Wilbert Dangerfield, will recognize the winners in a ceremony Tuesday evening at City Hall.

Wilbert Dangerfield, who died 10 years ago on July 22, 2011, was an activist and public servant. He was District 1’s first Black councilman when elected in 1977 and served 18 years. He was a proud member of the Greenville Park Colored High School Class of 1956, deacon and usher board member at Paul Missionary Baptist Church and, with Dr. J.L. Garrett, founded the Second Saturday Breakfast Organization. He was retired from Bellsouth after 30 years of service.

The award that is named in his memory was first presented in 2012 to Dr. J.L. Garrett and posthumously to M.C. Moore for their dedicated service and influence in the Black community.

Described as “a champion of civil rights” in a biography by his daughter Mrs. Irene Booker McCraney, Reverend Booker moved with his wife, Mary Bickham, and other family members to Hammond and first resided in the area known as Gray’s Quarters.

He sought to become a land owner with money earned and saved during his time in the Armed Services through a financial arrangement with Judge Reid. When the final payment was made, he moved his family along with his father and two brothers on his newly acquired land, which came to be named “Booker Settlement.”

Reverend Booker owned and operated the first grocery store there which in later years was managed by some of his children.

The church, which he had organized, was also used as a school for the children of the community to obtain an education. The school was known as Booker School. He sought for ways to make it possible for his children as well as others in and around Booker Settlement to get to the next level of schooling after completing Booker School.

The school board of Tangipahoa Parish did not agree with him providing transportation for the Black children to get to school, but with God’s help and by faith, he bought a 1941 International Passenger Bus in 1945 and transported the children until the end of segregation.

Because of his tenacity, Reverend Booker was then offered a job as bus driver which made him the first Black school bus driver for the Tangipahoa Parish School System and his son, Charlie Booker, was the second.

In the 1970s, Booker Settlement was so well known that an interstate sign bearing the name of Booker Road I was erected. Regrettably, state officials decided to remove the sign and replaced it with an Airport Road sign. Nevertheless, the name Booker Settlement remains in the history books of Tangipahoa Parish, on maps, in Census Data and in the memory of those who once lived there and who knew the Booker Family.

“Reverend Booker was a visionary leader and civil rights activist. Let us remember our heritage and family history lest we forget Booker Settlement,” Mrs. McCraney wrote.

Hammond native Donald Dykes is known for his outstanding athletic accomplishments and his work to encourage youth.

At Hammond High School under the late Athletic Director John Williams, Dykes had numerous wins in individual state track and field championships and helped his team win two team championships. He was also a 10-time All-State selection and a one-time All American selection.

At Southeastern Louisiana, he was a four-year letterman in both football and track and field. An eight-time All-American in track and field, he won three national championships including two in the long jump.

In 1977, he set a school and state record with a long jump of 26 feet and 3 inches, which was 17th best in the world. He was also an NAIA outdoor champion in the event.

As a member of the Southeastern football team, he blocked 12 kicks and had six interceptions.

He graduated from Southeastern in 1988 with a bachelor’s degree in criminology.

A third-round NFL draft pick by the New York Jets in 1979, Dykes played for the Jets in 1979-1981. His best season came in 1980 when he had five interceptions. Also in 1980, he qualified for the Olympic trials in the long jump. He was traded to the San Diego Chargers in 1982 and signed by the Tampa Bay Buccaneers as a free agent in 1983. Later, he played for the Houston Gamblers and Jacksonville Bulls of the USFL.

He received a master’s degree in health and physical education from Delta State University in 1994 and helped coach the Statesmen to an NCAA Division II national championship in 2000.

Since then, Dykes has contributed to multiple teams over the years including Hammond High School, Ft. Valley State (Georgia) University, Tennessee-Chattanooga and Arkansas-Monticello.

His parents were Ruffus and Sally Dykes. He is the father of Kevin Thomas, Christie Cooper and Donald Dykes Jr. and is the proud grandfather of seven grandchildren.

She earned a bachelor’s degree in education from Grambling State University and a master’s of education plus 30 hours from Southeastern Louisiana University.

At Greenfield Missionary Baptist Church, she has served as a member of the Pastor’s Aid Club, Scholarship Committee, the Deaconess Board (secretary), Mass Choir, Choir #2, Senior Mission, Mother’s Union (president), Bible School teacher, Prayer Band and custodian of the church bulletin board.

She is a member of the Tangipahoa Parish African American Heritage Museum Board of Trustees, volunteers as a curator and museum tour guide and participates in museum-sponsored educational programs and events.

Mrs. Warren is a Golden and Life member of Alpha Kappa Alpha Sorority. She has served as the first (chartering) Graduate Advisor of the Lambda Omicron Undergraduate Chapter at Southeastern Louisiana University.

She is a charter member and current member of the Tau Iota Omega Graduate Chapter and has served as vice president, Ivy Leaf Reporter Founder’s Day chair and membership chair.

Mrs. Warren is the mother of four and has five grandchildren and nine great-grandchildren.

Her favorite scripture is the 23rd Psalm.