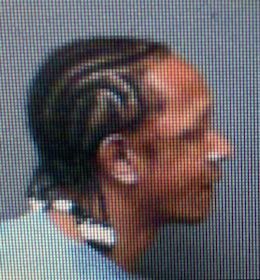 In her email message to Mayor Pete Panepinto, Kentdrick Ratliff’s aunt referred to these mug shots of her nephew after his alleged beating by Hammond police. 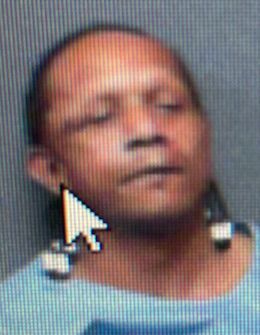 In her email message to Mayor Pete Panepinto, Kentdrick Ratliff’s aunt referred to these mug shots of her nephew after his alleged beating by Hammond police.

City of Hammond’s Fire and Police Civil Service Board made no findings – one way or the other – in respect to the controversial 2017 Hammond Police Department booking room incident video.

“When it comes to charges of excessive force, the civil service board did not clear anybody,” said Henry Olinde, the board’s civil service attorney. “There was no finding that excessive force was used or was not used in this case. The finding was simply the investigating officer, Lt. McCormick, didn’t record an interrogation of some use of force expert and because he didn’t record them, that was it.”

On Nov. 15, 2018, the board watched the booking room’s surveillance video from the night of the incident, which had both audio and visual, before Lt. Brian McCormick testified that he did not record the interview. The discovery of the violation ended their proceedings.

Besides Mushinsky’s appeal, no other requests have been made for the civil service board to get involved with the incident, Olinde said.

The board has the ability to conduct certain investigations if a written request is made.

The Hammond Police Department’s internal investigation focused on Sgt. Thomas Mushinsky and his kick of Ratliff. It was not an investigation of Sgt. Edwin Bergeron – now chief – and the other officers in the booking room video.

Bergeron was barely mentioned in the stack of documents the City had on record about the booking room incident. He, unlike Mushinsky, had completed a Use of Force report on his actions in that incident.

According to Bergeron’s report, the type of force used was a hard empty hand control, which injured the suspect.

Mushinsky claimed to have been too busy to fill out his paperwork, according to testimony records.

The City of Hammond’s Fire and Police Civil Service Board unanimously voted to overturn and vacate HPD’s attempts to take disciplinary action against Mushinsky because of a procedural oversight.

According to the findings and order document, dated Dec. 13, 2018, “Because the POBR (Police Officers Bill of Rights) was violated when McCormick failed to record the interviews with the three law enforcement officers mentioned above [HPD officers Chase Zaffuto and Rodney Gemar and St. Tammany Deputy Anthony Norton], the disciplinary action against Mushinsky is an absolute nullity.”

Muskinsky was awarded $1,000 in attorney fees and back pay for the 60-day suspension he had served.

David Danel, Anthony Maurer, George Bergeron, John Pearson and George Sullivan made up the civil service board at the time.

George Sullivan stated at an Aug. 31 public hearing that he was one of the first people to see the security camera video of the incident in its entirety.

“That video you saw, I was one of the first ones to see it because I served on the board,” Sullivan said. “We did not find fault with what the police did. There was action taken but not the way it’s been portrayed tonight.”

He added, “I understand the community. You’re hurt and you’re hurt because you think something’s happened that hasn’t happened.”

Use of Force Consultants LLC, hired as a third party consultant on behalf of Sgt. Mushinsky during the investigation, determined from the information the agency reviewed that Mushinsky’s use of force against Ratliff met the standard of reasonable force. The agency recommended disciplinary actions not be held against him.

According to the Use of Force Consultants, the agency’s opinion was that “the force by Officer [Craig] Dunn and Sgt. [Edwin] Bergeron used during the booking process appeared excessive and borderline criminal. In terms of resistance by Ratliff, he was classified as defensive resistance.”

When asked at Tuesday’s city council meeting if Ratliff’s family complained specifically about Chief Bergeron, Mayor Pete Panepinto said, “Not to my knowledge.”

“It was the kick to the groin is what the subject matter was about,” Panepinto said.

The original police complaint about the incident was made by Ratliff’s relative, Carolyn Ayers, on Dec. 14, 2017, to Mayor Panepinto.

The email states: “I would like to lodge a complaint against several of your officers, of the Tangipahoa Parish Jail, Daniel Edwards Sheriff. I understand that police officers are often the victims of spurious complaints, but there is evidence to back up this claim that my nephew Kentdrick Dwight Ratliff was treated inappropriately. These officers needs to be reprimanded, and I am prepared to go to the media if you cannot satisfactorily resolve this issue.”

Ratliff’s fiancé had contacted Ayers to tell her about how he had been beaten by police in Tangipahoa Parish.

“You can see the effect of the bearing from the arrest picture that was taken of him,” she claimed. “My nephew had to be taken to the hospital in an ambulance due to the violent beating that he received at the hands of those police officers.”

She related that Ratliff had been denied medication he needed and was made to sleep in a cold cell without shoes, clothing and cover.

“Kentdrick may have in his life made some bad choices but the police is to protect and serve not brutally beat someone,” she wrote.

She suggested hospital records and the picture taken during Ratliff’s arrest if her claim alone was not enough proof of his serious injuries. She alleged he felt his life was threatened when his blood pressure medication was refused to him.

“I do believe that these officers’ conduct was misconduct,” she wrote, and she asked what steps would be taken to address the misconduct.

“There is no need to make a public scandal of this event, but unless these officers are appropriately disciplined, I will turn this information of police officers brutally beating a young man over to the local news station and post it online. Accountability in the police force is key to a healthy law enforcement,” she wrote.

James Stewart, then chief of police, responded to Ayers the same day, informing her that the police had arrested her relative on a drug possession violation.

“During the booking process, Ratliff resisted arrest by jumping up on a table to grab the drug evidence,” Stewart wrote. “ The officers tried to restrain him, but he fell through the top of the computer desk and continued the fight the officers.”

He admitted Ratliff sustained injuries during the fight and subsequent restraint by the officers, but said he did receive medical attention. Stewart told her the incident was caught on video.

“I have reviewed the video and the officers did not initiate the fight or did they use unnecessary force,” he wrote. “I am still reviewing the incident.”

According to the email, Stewart asked McCormick to look at the video of the subject who resisted arrest in the booking room with Edwin Bergeron Jr. and Craig Dunn.

“Midway through the video Sgt. Mushinsky arrives and seems to apply a groin kick to the subject who was already restrained,” Stewart wrote. “Please review for possible excessive use of force.”