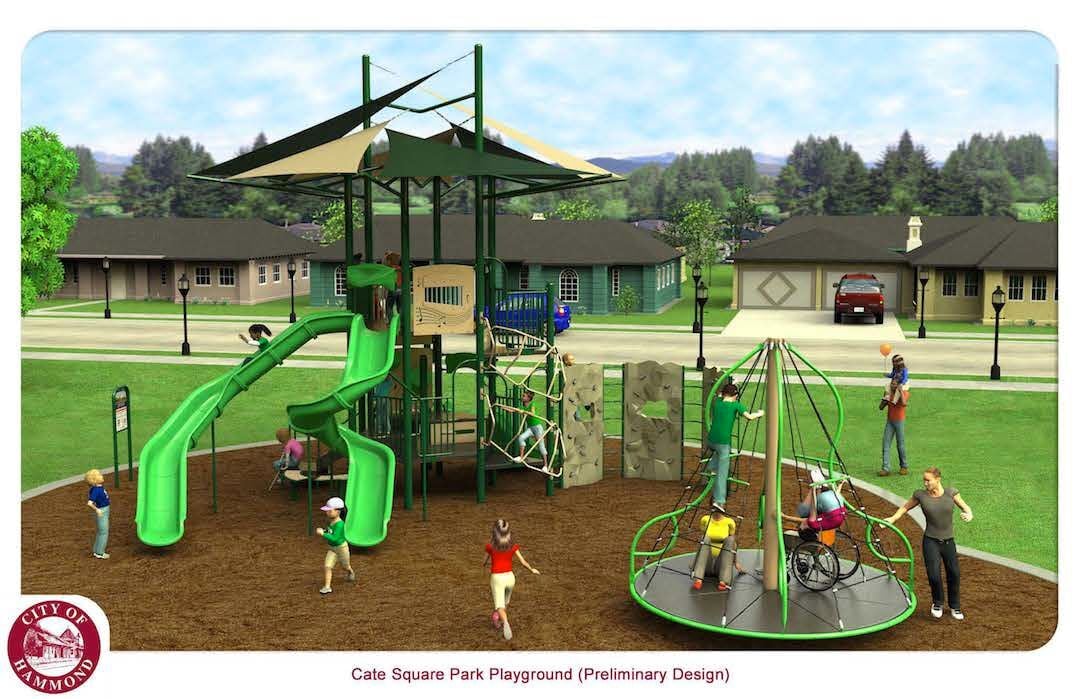 This drawing shows the planned new playground for older children at Cate Square. 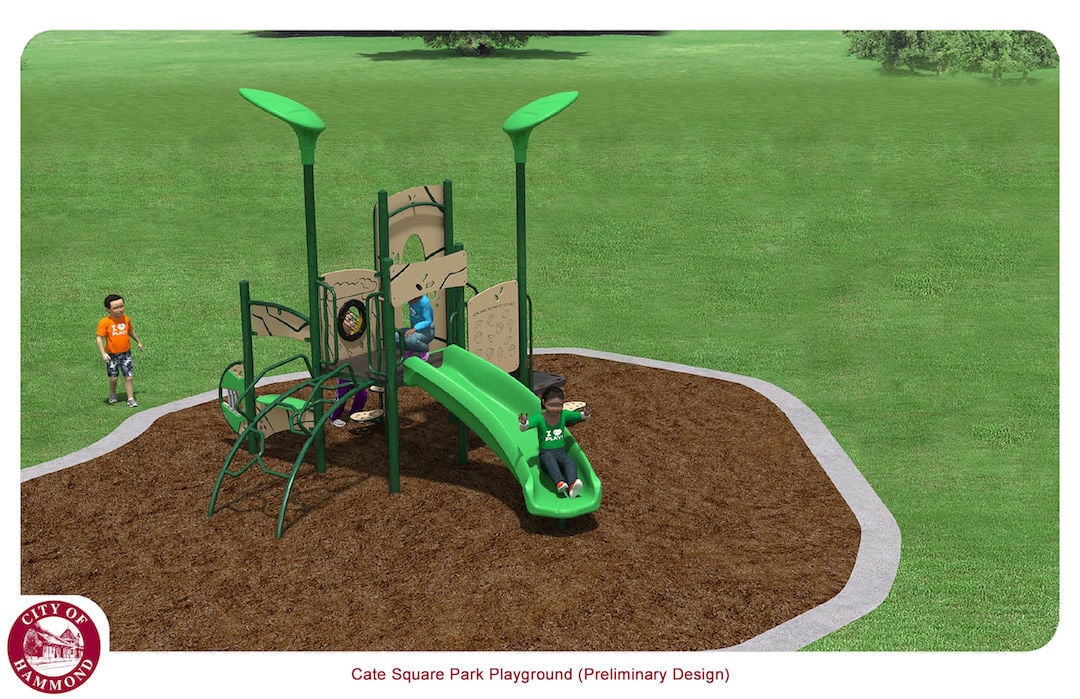 This is how Cate Square’s new playground for younger children is expected to look.

This drawing shows the planned new playground for older children at Cate Square.

This is how Cate Square’s new playground for younger children is expected to look.

An updated playground for Cate Square is set to be installed by early summer.

Designs for the new play set were unveiled to the public during a town hall meeting attended by District 2 Councilwoman Carlee Gonzales and a dozen community members last week.

Now the project will move to the next stage in the process, requesting bids. Gonzales anticipates construction by the end of the school year or early summer with a completion date only a couple weeks later.

“It’s very exciting and much needed,” she said.

People at the meeting liked the design but suggested including more picnic tables or chairs in the playground area for parents to have a place to sit, congregate and feed their children. There was also a suggestion for adding some activity panels around the fencing or as a standalone structure for disabled park goers. The design already had a couple features with accessibility for disabled children.

Gonzales also talked with owners of neighboring properties who have been involved and passionate about what is happening in the park.

The updated play area will consist of a larger play set for children ages 5-12 and a smaller one for young children who are under 5.

The previous plan was to separate the two play sets into two play areas, one on the north side of the park and one on the south. The decision was made to consolidate everything into the existing play area footprint within the fence to make it less difficult for parents trying to keep track of their children, she said.

The current playset was installed in 2007 and has been on the city’s radar for an update for a while. Former District 2 Councilman Jason Hood worked on plans before Gonzales, who has since worked to complete them. The city’s grants department and mayor also played a part in working to make this project happen.

“It’s taken a good bit of time to apply for grant money and receive it, and we’ve budgeted over years to budget for redesign and update the playground at Cate Square park,” Gonzales said.

While the cost will probably go over that amount, the mayor plans to find the money in the city’s grant match fund to make sure the project is done right, she said.

“This is a highly visible, highly used park in the city,” Gonzales said. “People use it when downtown or at the farmers markets and just shopping locally.”

As a mom of a 6-year-old, Gonzales stressed the importance of giving children something to do while keeping them safe and entertained.

“It’s just a really enjoyable way to spend time downtown while we’re visiting coffee shops and restaurants and all the retail places downtown,” she said.

Colors will be kept in the same color family to mesh well with what’s currently there. The swing set and padded area around it, which were added in 2018, will remain, along with the park’s gazebo and brickwork, she said.

“We’re really trying to keep the aesthetic of the park pleasing,” she said.

The current play set will not be thrown away. It will either be repurposed and moved closer to the Michael J. Kenney Rec Center for the after-school program or donated it to another entity, she said.

“For now, this is going to be all the updates we see for a while at Cate Square park,” Gonzales said. “Bathrooms are something we will reassess and see if there is a better place to put it.”