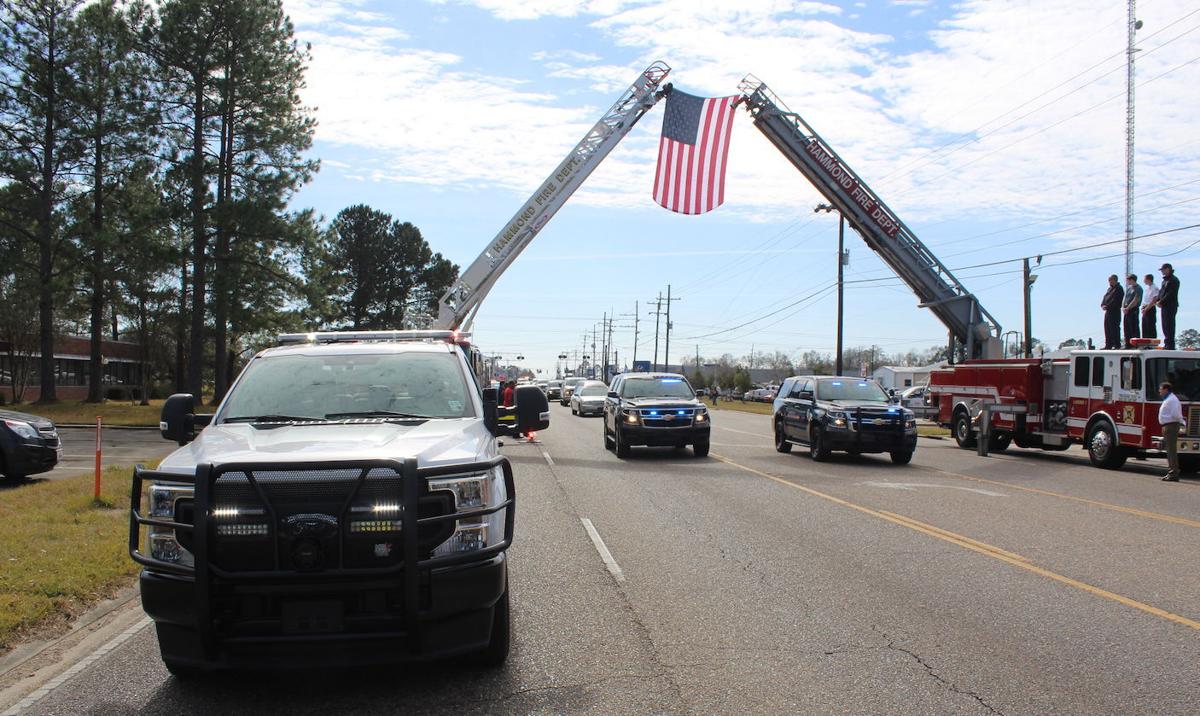 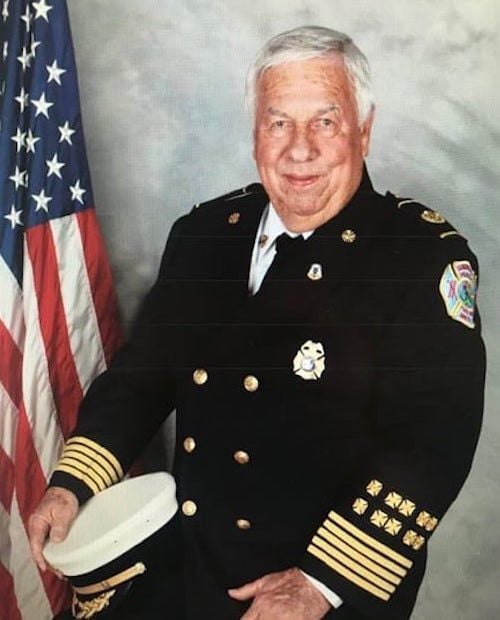 Flags flew at half staff and Tangipahoa Parish firefighters respectfully stationed fire trucks along US 51 Wednesday as a procession brought the body of long-time Fire Chief Bruce Cutrer from North Oaks Hospital in Hammond to McKneely Funeral Home in Amite.

Cutrer, 73, a native and resident of Amite, died Wednesday at North Oaks Hospital after battling the coronavirus. Well-known and beloved, he is mourned by firefighters as well as people throughout Tangipahoa Parish and beyond.

“For more than 50 years, he risked his life to help his friends, neighbors and complete strangers in their hour of need, and as a community, we mourn the loss of this man who was truly a public servant,” said Parish President Robby Miller.

Miller has ordered flags at parish government buildings to fly at half-staff until the conclusion of funeral services for the chief. Wednesday afternoon, a McKneely Funeral Home spokesman said arrangements had not yet been made.

“Today is a sad day for fire service, not just in Tangipahoa Fire District 1 but throughout the state,” said retired Hammond Fire Prevention Bureau Chief Ronnie Schillace, who worked side-by-side with Cutrer in the early days of their careers.

Cutrer was Schillace’s first fire inspector, investigating causes of fires, conducting business inspections and speaking to the public about fire safety. He was great talking with school children, Schillace said.

Then in 1984, Cutrer returned home to Amite to become the first full-time chief of Fire District 1.

State Fire Marshal Butch Browning said Cutrer was one of the best examples of a chief the state has ever seen. Cutrer “could have been mayor of Amite or anything really,” Browning said, “but he wanted nothing more than to run the best department.”

“Bruce was my mentor and one of my best cheerleaders as I moved along in my career,” the fire marshal said. “Not only is this a tremendous personal loss those of us that knew him, but it’s a safety loss. Tangipahoa Parish Fire District No. 1 is one of the best well-run departments in the state, and it’s going to be hard to replace the impact he’s had.”

Cutrer loved public service and was confident in leading from the front, Browning said.

“He brought up young guys teaching them the history and tradition behind being a fireman and trained everyone with hands-on experience,” he said.

Hammond Fire Chief Daniel Folks, who grew up in a firefighting family and spent many a night sleeping at the Natalbany station while his family served others, said whenever there was a big fire in the parish, he always heard certain names being mentioned at the coffee pot. Chief Cutrer was one of them.

“Once I became a firefighter, Chief was one of those people I looked up to. Even though he was not my Chief, I respected him as if he was,” Folks said.

Chief Cutrer was a “working fire chief,” Folks said. He would get just as dirty and tired as his firefighters.

He was the person who, in 2028, sat with Folks at Fox’s Pizza in Amite and persuaded him to pursue the fire chief position in Hammond.

“Once I was appointed, I enjoyed talking with Chief any chance I got,” Folks said. “When you get the chance to pick the brain of someone who has been in the fire service as long as he has, you jump at it.”

Retired Natalbany firefighter Gary Sandifer said, “Nobody was more committed to this community to serving people in this parish. He did it all his life. I respected the daylights out of him. To me, his legacy is the number of people young and old that he influenced in his parish.”

Parish Councilman Carlo Bruno said Cutrer has left a great legacy. A new era will take over, Bruno said, but Cutrer’s stamp is on the District 1 department and the people who worked with him.

Parish Councilman Louis “Nick” Joseph described him as “a leader, spiritual leader, counselor and dad” to his firefighters and they looked up to him.

“Those guys loved and respected him so much,” he said.

Joseph said he saw Cutrer in the audience at every parish council meeting. He stayed aware of all the issues and pushed for things that would help not only his fire department but the entire parish.

Joseph and his wife also saw Cutrer and his wife every Saturday when their grandchildren played on the same basketball team in Loranger.

Amite Mayor Walter Daniels said, “I was raised up right about the corner from him around 100 yards from him. As a kid, I used to see him all the time, [and] we just got closer in later years.”

Carla Tate, Tangi Tourism’s executive director, grew up knowing “Mr. Bruce.” From Hurricane Katrina to festivals, no matter what was happening, whether a disaster or happy event, “Mr. Bruce” was part of it.

“Everywhere you went, you were going to see him,” she said. “He loved a chance to get a picture or have an interview. He loved his fire department, and he loved this community. He loved his family, his kids and his wife.”

“I don’t think anyone will be able to attend our oyster chili cookoff without having great memories of him and all of his shenanigans,” she said. “He always had a smile. He always was the life of the party.”

“This is a great loss for our community, but our lives are better for having had him in it. He made the community a better place,” Tate said.

On his 73rd birthday a couple of Sundays ago, fire trucks from departments throughout the parish came to a North Oaks Hospital parking lot with a crowd of firefighters, firefighter families and friends. Up in his hospital room, the beloved chief was able to see them and the sight lifted his spirits, his family said.

“I will miss his wisdom and leadership,” Chief Folks said. “I appreciate everything he has done for me personally and the fire service as a whole. It’s now time for us to step up and try to fill those shoes and continue to serve the citizens of Tangipahoa Parish. Rest easy, Chief, we will take it from here!”