If you need to purchase a subscription.
You are the owner of this article.
Edit Article Add New Article
You have permission to edit this article.
Edit
Home
Special Report
News
Sports
Business
A&E
Lifestyles
Announcements
Obituaries
Opinion
Multimedia
Classifieds
Share This
1 of 5 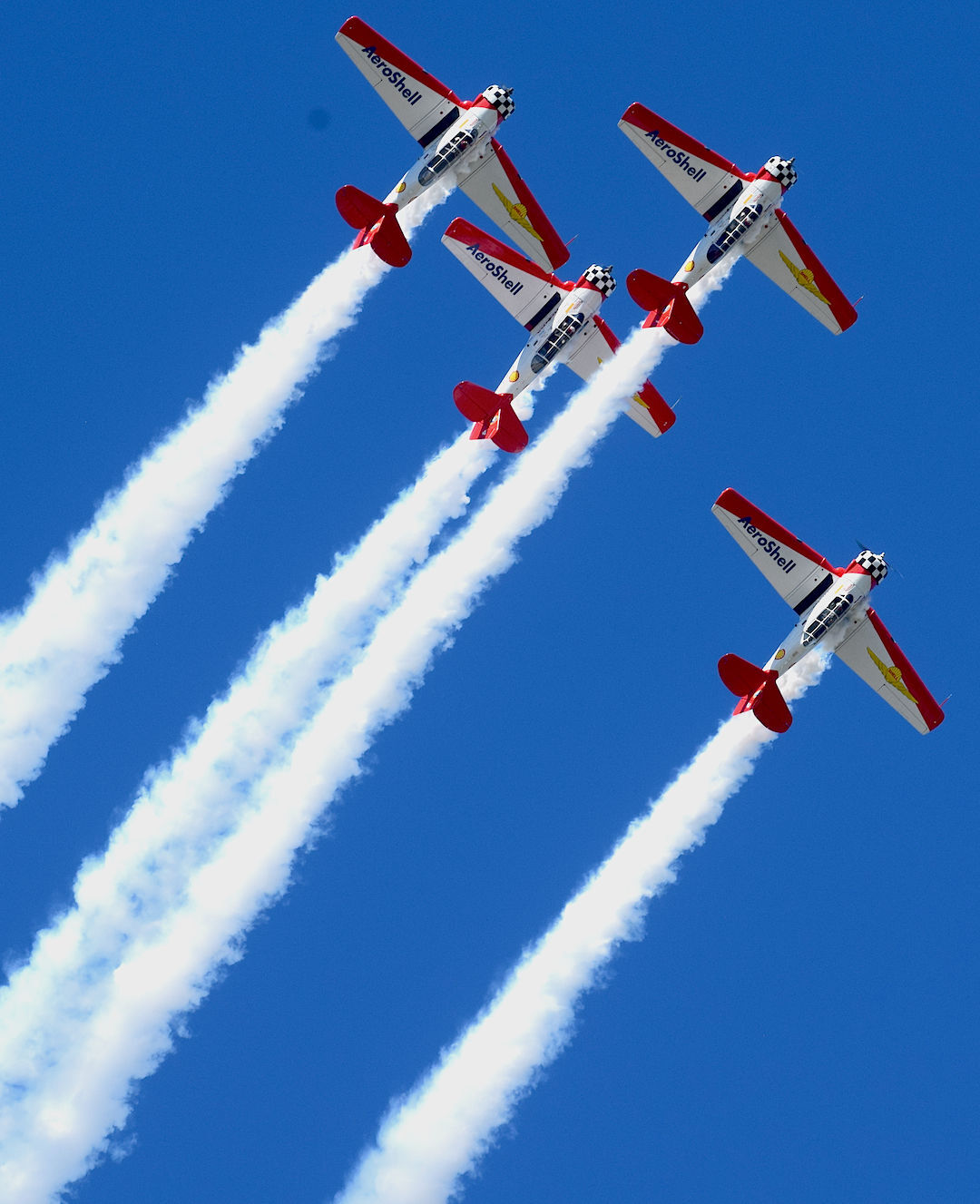 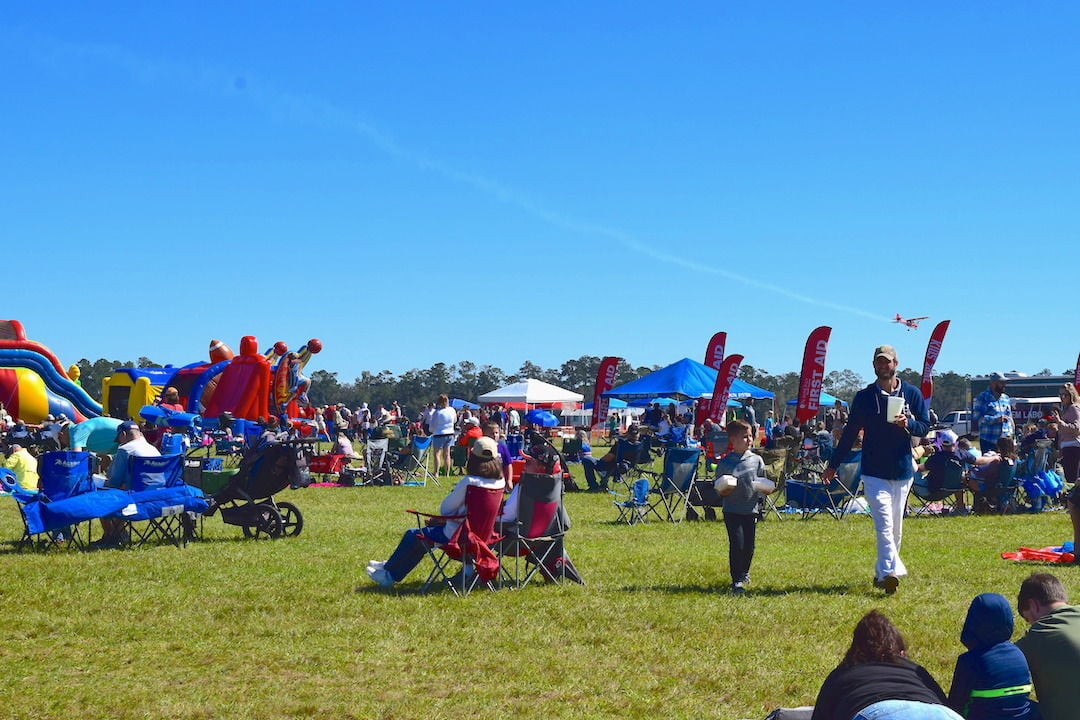 Attendees of the Hammond Northshore Regional Airshow enjoy the festivities of the day as an airplane attraction flies over head. 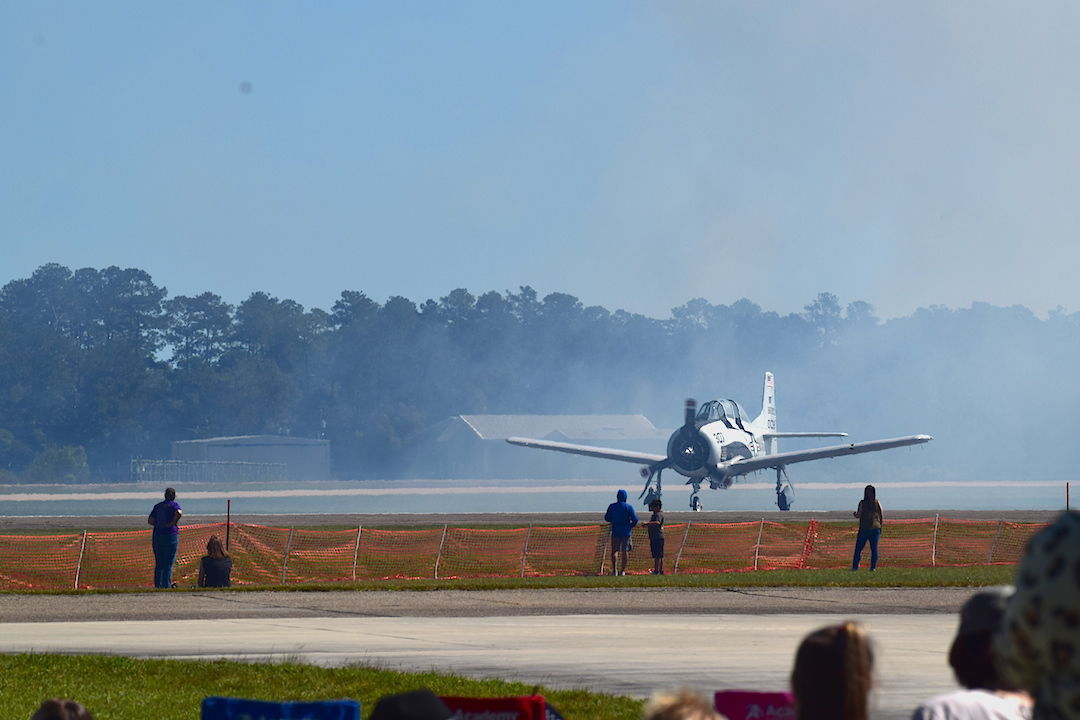 Onlookers watch from beyond the VIP area as the plane starts its takeoff during the Hammond Northshore Regional Airshow. 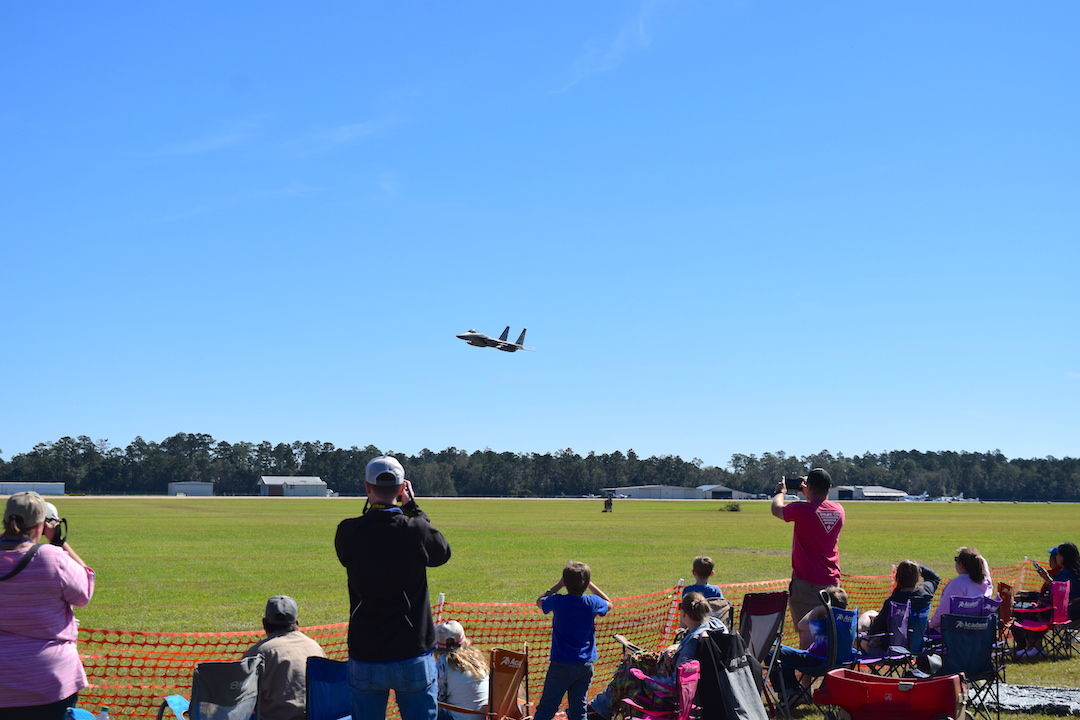 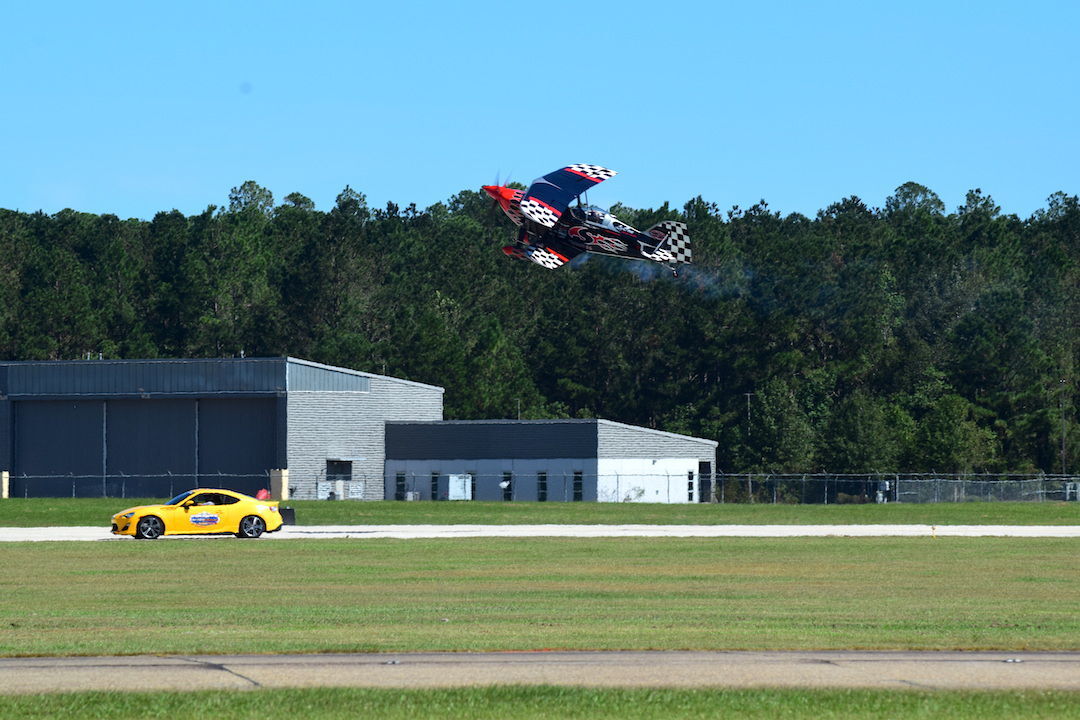 Attendees of the Hammond Northshore Regional Airshow enjoy the festivities of the day as an airplane attraction flies over head.

Onlookers watch from beyond the VIP area as the plane starts its takeoff during the Hammond Northshore Regional Airshow.

Airplanes flew through the clear blue sky above Hammond’s airport this weekend as, on the ground below, a sea of spectators clustered in groups of family and friends on blankets and in folding chairs.

The 2021 Hammond Northshore Regional Airshow kicked off Friday night with the Twilight Show for event sponsors and performers, followed by two full days of high flying fun Saturday and Sunday.

Binoculars, cameras and cellphones were abundant, as were the sunglasses and hats needed to see through the bright sunshine. Attendees of this year’s Hammond Northshore Regional Airshow watched in awe, trying to document the sights.

They took breaks to grab a bite to eat from one of the several food and drink vendors. Adult and children’ frozen treats could also be found, as well as coffee for those needing a little pickup during the day-long affair. Souvenir stands, business booths and military information stations were set up along the same path.

Overall, he said, there were great crowds and great weather.

Mayor Pete Panepinto said everything went great, and it was a great show, despite two small hiccups.

“The wind was almost 40 knots Saturday, so the lady skydivers Misty Blues was not able to jump,” Panepinto said. “They were also going to present the game ball at Southeastern, but they weren’t able to jump.”

Misty Blues Jump Team did perform twice Sunday, however, performing to the national anthem and during the afternoon.

Vampire Airshows’ jet broke a strut in the front wheel and thus was unable to perform.

Panepinto estimated around 30,000 to 34,000 people attended Saturday alone, and Sunday appeared to have more cars than Saturday.

“It wouldn’t have been as successful without the help of Robby Miller and his team, the parish and so many others,” Panepinto said. “God blessed us with this beautiful weather, so it’s been great.”

Parish President Robby Miller described the airshow as a tremendous success, as was the other events that happened in Tangipahoa Parish over the weekend. The annual parish fair returned to Amite, and Southeastern Louisiana University held homecoming.

“… so it looks like Tangipahoa Parish pulled off a trifecta in incredible events this weekend,” he said.

The Art and Wine Stroll in Ponchatoula also was well attended, he said.

He credited the success of the airshow and other events to the team efforts of many organizers at all the venues this weekend, as well as the incredible weather and everyone having been inside so long and eager to get outdoors.

“The parish just came through like it always does. We’re the best at everything we do,” he said. “Our citizens and our people are just so welcoming to all of our visitors who come from surrounding areas, so it’s just been a really exciting weekend.”

Traffic was a little bit better than at the last show, Panepinto said, noting that the airshow organizers try with each event to make it better next time.

An estimated 450 volunteers were needed to put on the airshow. City administrator Lacy Landrum coordinated the volunteers.

Mayor Panepinto said the airshow brings recognition to the City of Hammond and to how nice the Hammond Northshore Regional Airport is.

Corporate jets and a lot of private pilots, like himself, come in and would love to have hangars here, he said.

“We bring in revenue through fuel sales, which we raised it from a nickel to 15 cents a gallon, so we actually get 15 cents every gallon filled up at the airport, and that helps with paying bills,” he said.

Over time, as more hangars are built, more people will come in, he said.

Already two new prospects are coming with businesses that will bring employees as well as more work to their businesses. This helps fuel the growth to the airport and the economy around the city, he said.