If you need to purchase a subscription.

A video of Hammond police hitting a man as they subdued him on the ground has come to the public’s attention and raised questions about possible excess use of force.

The video was captured apparently by a bystander on Feb. 26 and was posted on social media in March.

Mayor Pete Panepinto briefly addressed the incident and the video Monday during his radio interview on the Johnny in the Morning show.

“Whenever you unfortunately arrest people, you don’t really know what’s going on, so it’s under investigation,” Panepinto said. “Our internal affairs unit is looking into as we speak, and we’ll filter it out and sort it out and see exactly what went on.”

He stressed that perception around the country is harsh on police officers, but they do have a job to do.

“If someone has done something and it’s not right or appropriate, we’ll address them as well,” he said.

Police Chief Ed Bergeron on Monday referred questions to City Hall. A city spokeswoman referred to a statement she issued the day of the incident.

According to that statement, David Jenkins, 25, of Albany, allegedly refused to stop the 2009 black Audi he was driving when police tried to pull him over for alleged traffic violations and no license plate about 10:54 a.m. Feb. 26. The Audi hit a 1997 Ford F250 at the intersection of Morrison and University Avenue, and Jenkins ran. Police caught him, struggled with him and took him into custody. He was charged with speeding, aggravated resisting an officer by flight, reckless operation of a vehicle, two counts of negligent injuring, and numerous traffic violations. Two people in the Ford were taken to the hospital for treatment of non-life threatening injuries.

The statement added, “The entire incident is under investigation.”

The video shows at least five Hammond police officers holding the struggling man on the ground and hitting him in the brief incident that also involved a K-9.

City Councilman Kip Andrews, who has experience in law enforcement, said no information about the incident was provided to him, but he believes that once a person is handcuffed and being detained, the level of threat is gone.

“...all the kicking and punching and bringing the dog is a bit too much,” he said. “Even though the person was in the wrong, they still shouldn’t be treated in that manner.”

Andrews said he understands officers will do what they need to do to get the person detained, but he questioned the force that occurred once the man was on the ground.

“To me, once on the ground, all of the extra kicking and punching with the dog...to me it was not needed,” Andrews said.

Councilman Devon Wells said that while watching the video on Facebook, his thoughts went straight to a previous video leaked in its entirety several months ago.

Wells said history is being repeated, except that in the recent case the arrested man is white.

The 2017 booking room video showed Sgt. Edwin Bergeron, now police chief, and several officers allegedly using excessive force to subdue Kentdrick Ratliff when he reached for a pill bottle while they were booking him into the jail.

Wells said he believes some police officers feel Bergeron was not held accountable for the 2017 incident and so they think they also can use excessive force without being held accountable.

“When will it stop? Until we kill somebody? We only do what our people do and get away with it,” he said.

Wells said he was born and raised here, and this is not the Hammond he knows. It is a whole new Hammond, he said.

“I think what’s going on, it gives the public a chance to really see people aren’t making these stories up,” the councilman said.

“I don’t think all police are bad,” he said, adding that he believes the police department may have some “bad apples” who should be removed for the betterment of the department.

An outside consultant is investigating the previous incident, referred to as the 2017 booking room incident, and the entire security footage that captured it, which was released in part a couple of years ago when Bergeron was up for nomination as chief.

Andrews confirmed that the investigation of the 2017 incident is still being reviewed.

“The video expert was tied up with another case,” he said. “He should be nearing the end of that, and we should be getting some response on that soon.” 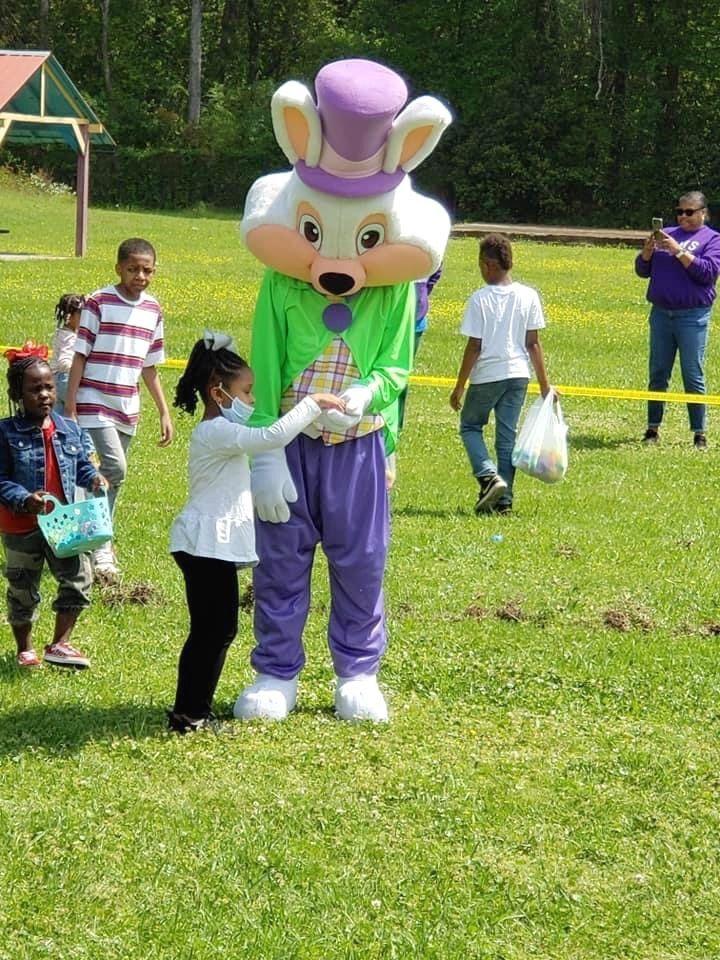 The Easter Bunny helps children hunt for eggs at Martin Luther King Park during this year’s District 1 Easter Egg Hunt. More than 250 children in three sections participated in the hunt.

News
About 18% in Louisiana have gotten vaccinations

BATON ROUGE — In the four months since the first vaccination against COVID-19 in Louisiana, over two million doses of the vaccines have been administered across the state, the Louisiana Department of Health reported Monday.

Over one in four Louisianans have received at least one dose of the vaccine, and about 17.9 percent are considered fully vaccinated.

Praise for the vaccine accompanies vaccine selfies and pictures of vaccination cards on social media, and many are encouraging others to get the vaccine as well.

“Everyone should go out and get this done!” Thomas G. Voss, Ph.D., posted on Twitter in the week leading up to this milestone. “The life you save could be your own.”

LSU football fan Zach Rau posted Friday, “If you’re on the fence about vaccination, consider what joys await you in the fall at the tailgate.”

Despite these gains, Louisiana ranks 45th in the nation in the percentage of its population that has received at least one dose of the vaccine, according to data from the Centers for Disease Control and Prevention released Sunday. New data from the LSU Public Policy Research Lab could help explain why the state is behind.

According to a survey the lab released Thursday, a third of Louisiana adults said they would refuse a vaccine against COVID-19. This figure includes 43 percent of Republicans who do not intend to receive the vaccine even when they are eligible. They are joined by only 13 percent of Democrats who do not want the vaccine.

This reticence comes even as health care experts herald the vaccine as the key to ending the pandemic and reopen the economy. Gov. Edwards has said that one of the best strategies to “win the race” is vaccination in conjunction with masking and social distancing.

While state and national officials have been concerned with racial inequity in vaccine administration among people in minority communities, survey data suggests that mistrust of the vaccine does not fully explain the slow start in equitable vaccination.

In the LSU survey, half of the Black residents who were interviewed reported that they intended to get the vaccine when they can, compared to only 38 percent of white residents.

Still, Black leaders have suggested that access to the internet and appointments remains a barrier to the vaccine for people of color.

Health experts warn about another possible wave of infections if vaccines are not administered widely enough. Dr. Fauci, the chief medical advisor to President Biden and the director of the National Institute of Allergy and Infectious Diseases, said: “It’s a race between getting people vaccinated and preventing the surge of cases.”

While some remain hesitant to get the vaccine, the survey also reports that 74 percent of Louisianans agreed that “requiring people to wear masks in public places is important to reduce the spread of COVID-19.” This could be due in part to the fact that 79 percent of those surveyed know someone who has tested positive, and nearly half know someone personally who died of COVID-19.

All Louisianans ages 16 and older are now eligible to receive a COVID-19 vaccine, which is also the policy in Alaska, Mississippi, West Virginia, Arizona, and Texas. The change came months ahead of President Biden’s goal of nationwide adult eligibility by the beginning of May.

At the beginning of March, Gov. Edwards announced the state’s move to Phase 3, easing capacity restrictions on most businesses, opening bars in all parishes at 25 percent capacity, and continuing the mask mandate, which has been in place since last July.

Dr. Joe Kanter, state health officer for the Louisiana Department of Health, said, “Every Louisianan 16 years of age and up has the opportunity to protect themselves and their family through vaccination and bring back the Louisiana we know and love. Let’s not waste a minute.” 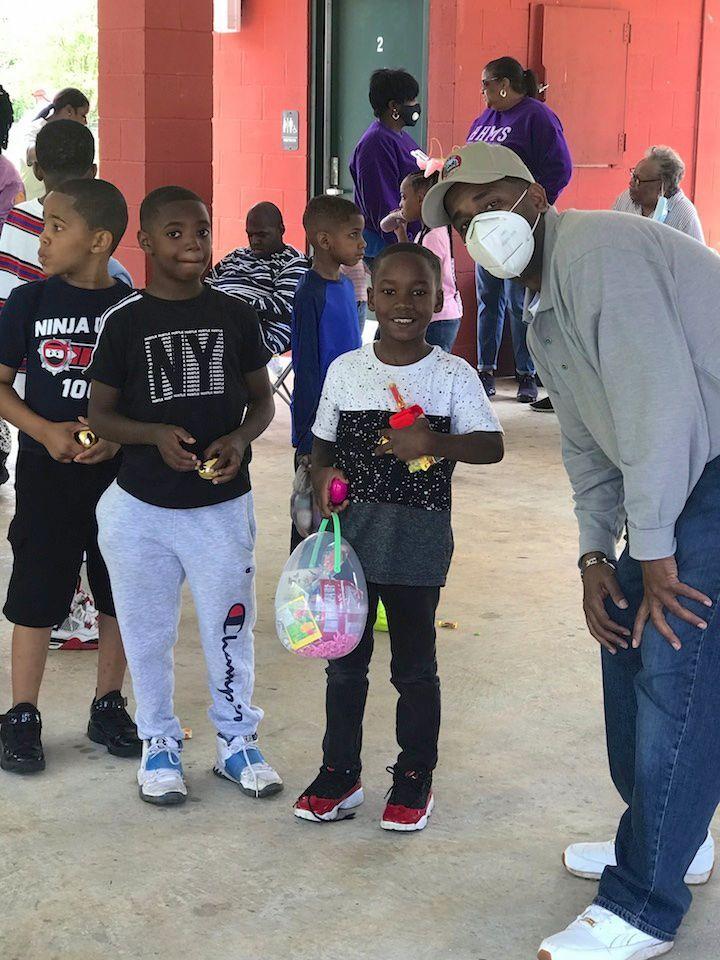 A Hammond man was on the run Monday afternoon after allegedly shooting a woman in the head in Ponchatoula.

Ponchatoula police believe the suspect, Brandy Hogan, 49, of Ora Lane in Hammond, is armed and dangerous and possibly fleeing to Florida. He is a convicted felon with a violent history and illegal drug arrests.

Police were notified of shots being fired at Plum Street and Jackson Road about 2:25 p.m. on Monday.

According to police, the victim was sitting in a vehicle when she was shot. A young child and a man in the vehicle with her were not injured.

As of Monday evening, she was listed in stable condition at the hospital. 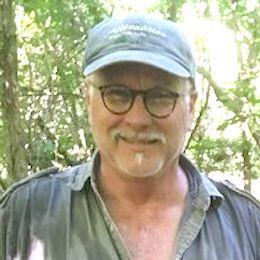 Gary Salathe, a Louisiana Iris Conservative Initiative volunteer and board member, went out to the Louisiana Wildlife and Fisheries Joyce Wildlife Refuge’s Swampwalk boardwalk early Sunday and ran into another iris aficionado and photographer Henry Cancienne.

They discovered that the irises have begun blooming at the boardwalk, with the peak bloom estimated to be this coming weekend.

From the boardwalk can be seen thousands of Louisiana iris I. giganticaerulea species plants there, as well as one of the largest stands of spider lilies.

Salathe thinks there is a good chance 90 percent of the irises will be blooming this weekend all at once. As he tells everyone, “Its going to be very special.”

Salathe and Cancienne said the Swampwalk south of Ponchatoula is their #1 boardwalk for 2021 to see blooming Louisiana irises.

“It is truly a wild area where you never know what you are going to see from the safety of the raised boardwalk,” Salathe said. “The weirdest thing so far was discovering a river otter swimming next to the boardwalk early one morning about a month ago.”

He said he wasn’t sure who was surprised the most when they discovered each other only 8 feet apart. However, he also said showing up one day two weeks ago to see 50 bright pink Roseate Spoonbills just out from the boardwalk was a close second.