If you need to purchase a subscription.
You have permission to edit this article.
Edit
Home
Special Report
News
Sports
Business
A&E
Lifestyles
Announcements
Obituaries
Opinion
Multimedia
Classifieds
Share This 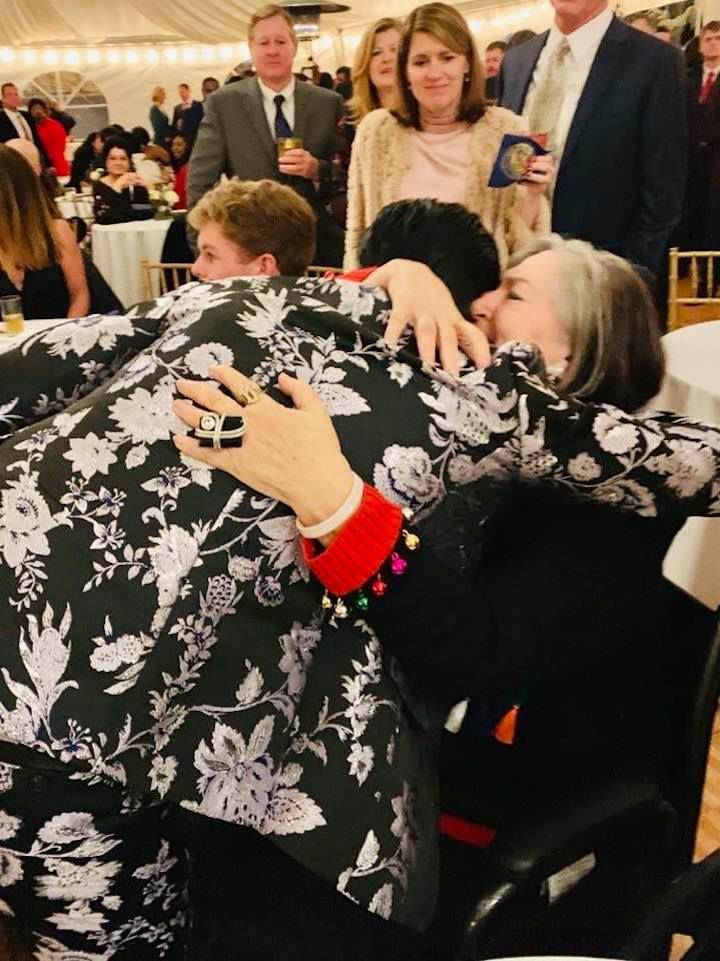 TJ Reid of Amite in her wheelchair hugs singer Laine Hardy at the governor’s holiday party. 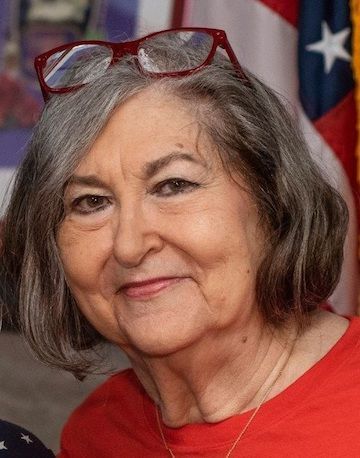 The last week’s episode ended with me disappearing for months, not even telling my editor friend Lil what happened. It was fast.

Doctors didn’t seem to know what was wrong, but I just felt terrible and dizzy most of the time.

When I returned home from the Nashville journey to see Laine Hardy, I had my first fall. I lost my balance, fell forward straight down and broke my nose and injured my shoulder. What a sight I was with black eyes and bruises everywhere.

Three days later – oops, here I go again. Fell sideways and hit the open car door, breaking the other side of my nose and hurting the opposite hand. Cat scans and MRI showed different diagnoses of possible causes, as I just sat around aching.

I had no desire to walk, but I did, and then it happened. My ankles seemed to collapse and I went straight down. Three falls in three weeks, but this one was the big one. By now the hospital staff was very familiar and sent me straight on in to x-ray, and then to an ambulance.

Four days later found me in Baton Rouge undergoing the first of surgeries that added eight screws, four rods and many stitches to my body. My right hand, which supported the fall, had three broken fingers, and a sprained thumb. So much for writing. I just wanted pain pills, strong ones now!

Since my bones seemed so fragile, I wasn’t allowed to put weight on the uninjured ankle either and, because of my cancer surgery, I couldn’t use crutches. So during the day I lay in bed and listened to Laine Hardy songs dreaming for the time I could finally see him again in person, which seemed quite doubtful.

As December arrived, we received many cards and holiday invitations which were ignored since there was no way for me to go. One day I got a call from Carroll who asked if I was going to the governor’s holiday party. I said “No, remember, I can’t,” but she really seemed surprised.

The actual day of the party, First Lady Donna Edwards phoned and asked the same question. I thanked her, and again stated it was too difficult for me to travel, and then thanked her for the very personal invitation. (I am a loyal Democrat, but this seemed a little extreme.)

As I was about to hang up she said rather aggravated, “Well, I have no choice, you ruined the surprise.”

Then I was more confused.

She went on: “You are the biggest Laine Hardy fan John Bel and I know, and we immediately thought of you when we booked him for the entertainment tonight. I have a table for you up front.”

OMG. I had to dress, do make-up, do my hair, and get on the road to Baton Rouge in less than four hours. (It usually takes me over 15 minutes just to get into the car with the wheelchair). Not tonight, as Carroll and Bud drove up. We were off.

Arriving at the mansion, I was lifted out of the SUV by two state troopers who put me in the wheelchair and headed me toward the event. I was in a hurry as Larry just pushed along slowly looking at the decorations. I wanted to scream.

But the door opened and there he was, already on the stage with guitar in hand. John Bel introduced Louisiana’s own Laine Hardy and he began all my favorite songs.

My tears were flowing and he was smiling, as I sang along with every single one of his new renditions. A young man standing nearby leaned over and asked, “Is this your son?” I nodded no. He then said, “Well, you know every word to every song. He must be special.”

Between sets Laine came down to my table, and I threw my arms around him. I couldn’t believe this was happening to me. It was the most wonderful Christmas gift ever. A dream come true.

My next column will explain the beginning of Laine’s COVID V-Tour which sent his star soaring with five new songs going up the charts. It may take two years, but we do meet again! Stay tuned.

T.J. Reid is married to Larry Reid, who keeps driving her to these concerts, against his better judgment. Next one, he said, she’s on her own!